Action, fun and unpredictability – these are the ingredients for the Trackmania Grand League.
Photo Credit: Nadeo

Carl-Antoni 'CarlJr.' Cloutier, Valérian 'Papou' Ramamonjy and Thomas 'Pac' Cole – all of them have one thing in common: they are legends of the so-called Trackmania Grand League. With the next iteration of the tournament, the Trackmania Grand League: Winter 2021, right around the corner, we think it is time to disect the concept behind it and what's awaiting you in Trackmania's most prestigious league in the next months. 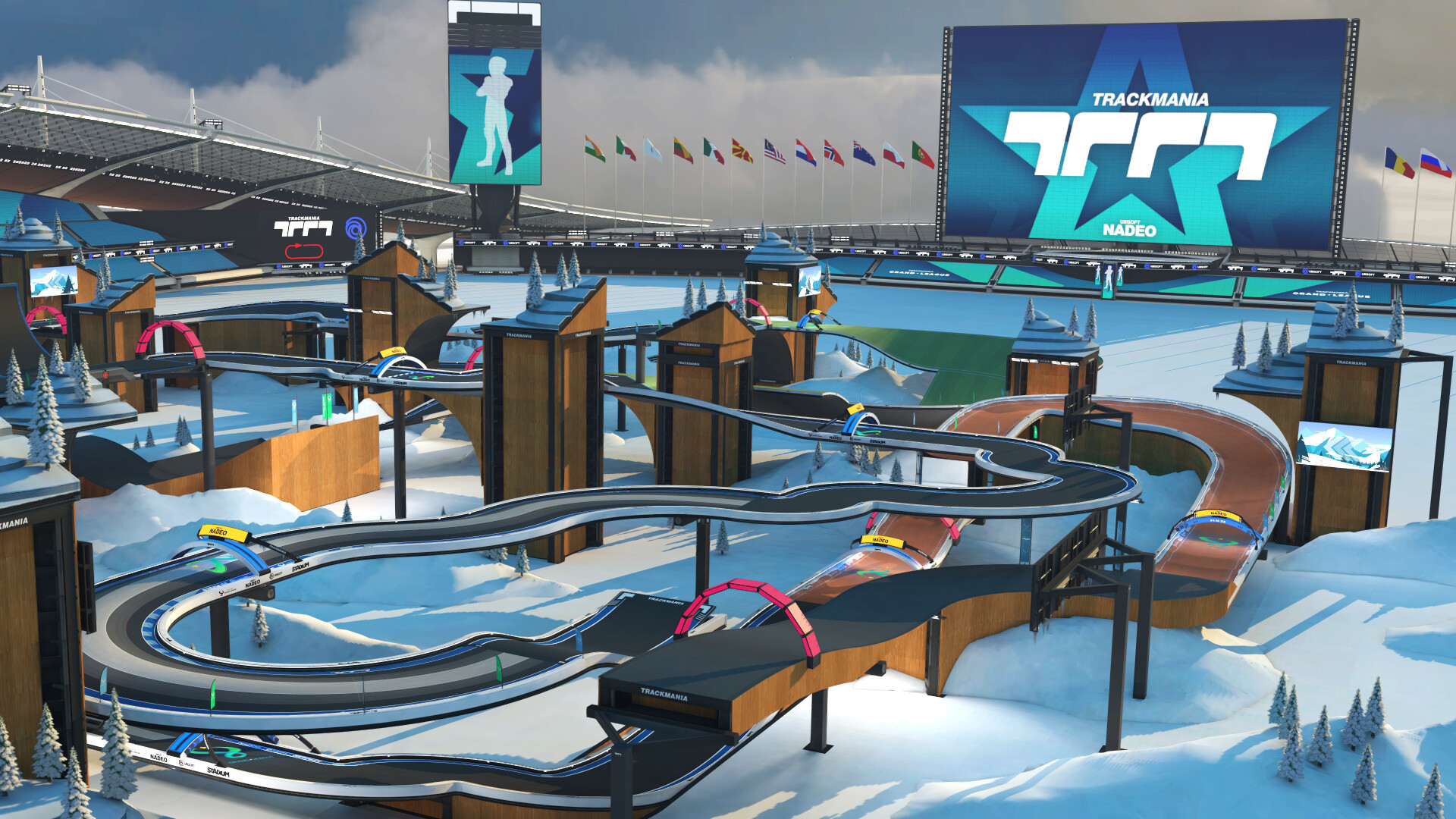 With the Winter season around the corner, the maps are adequately themed. Photo Credit: Nadeo

TMGL is short for Trackmania Grand League Winter 2021. It is a semi-annual event hosted by the game developer of Trackmania, Ubisoft Nadeo. It includes 16 of the world's best players, upcoming challengers and legends of the scene that each represent their respective organization. Players go against each other in the solo mode of the game.

The TMGL takes place twice a year and stages a winter season that starts in the early parts of the year and a fall season, starting around September. The last Trackmania Grand League - Fall 2020 Season started in mid-September and ran over two months. The winter season is scheduled to start on January 25 and end on March 21.

There will be an event every week from January 25. The events are called 'Steps' and as the name suggests, each step towards the former playoffs and now called 'Final mode'. The top eight players with the most amount of points qualify.

The schedule for the Trackmania Grand League Winter 2021 is as follows:

How does the TMGL work?

The format of the TMGL is of a special kind. Competitors play six maps each week, driving each of them for six laps. Depending on where the players finish on these maps, they gain points added towards a total in the end. But not every map is as important as the others. On map one and map two, you only gain points. Contrary to the first two maps, the next couple of rounds determine the number of points each player gets to keep. If players finish 9th-16th on map three and map four, they lose 50% of the points they gained on maps one and two. If that did not shake up the field enough then map five and map six will. If the participants finish 9th-16th there, they lose 100% of their points total. 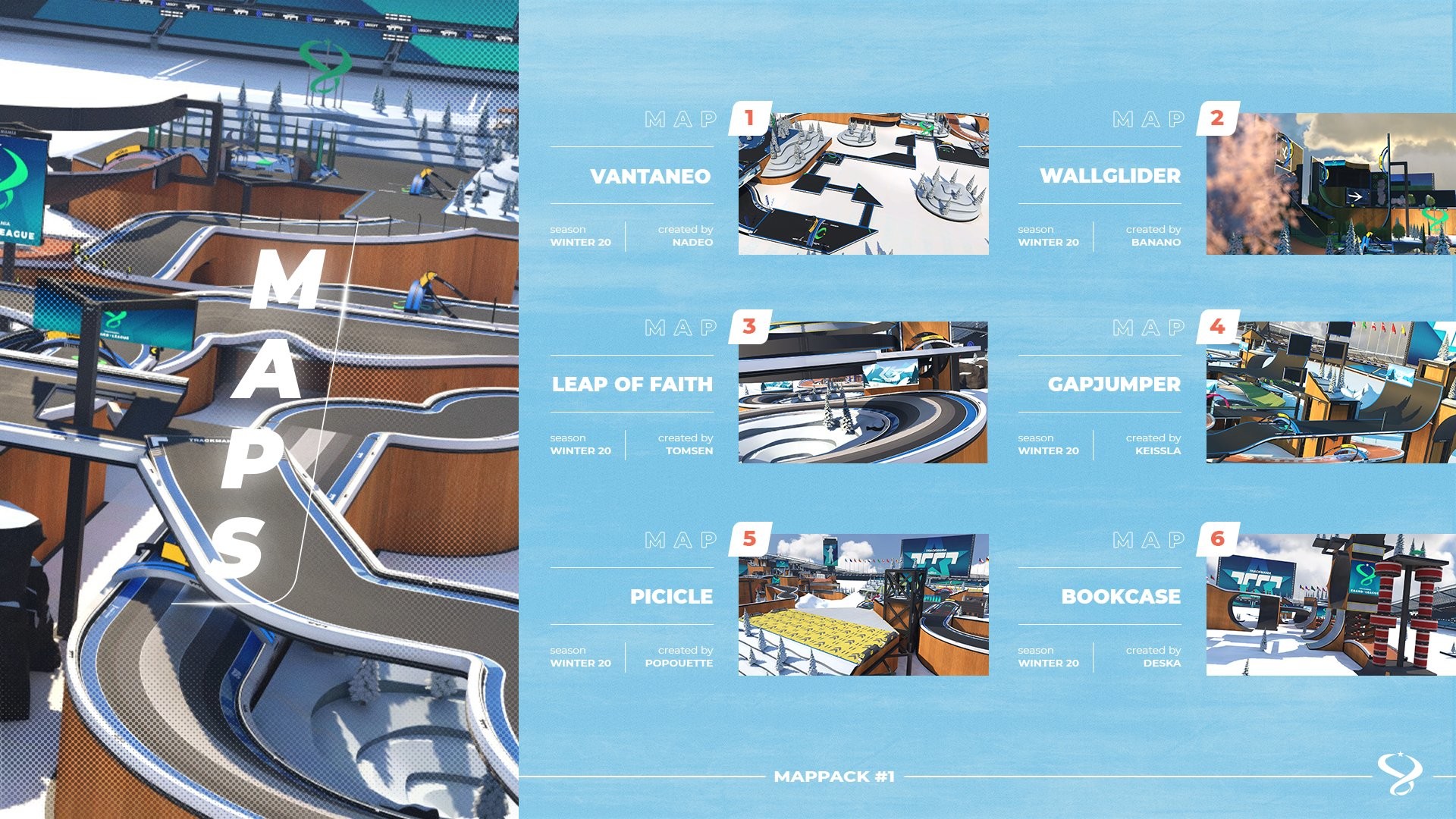 Six maps have been added to this season. Photo Credit: Nadeo

So there is the possibility of a player getting first in the first two rounds and ending up at the back of the field – and vise versa. If you finish low in the first maps but manage to stay out of the point deduction in the next races, there is a good chance finishing high in points.

The final of the Trackmania Grand League Winter 2021 will bring in an extra rule called 'Win by KO'. A win by KO is activated if the leading player has a lead of more than 1.5 seconds over three consecutive checkpoints on a map. Previous finals seemed to have a large skill gap that made it tedious to watch sometimes.

The final eight are reduced to the final two, who will go head to head for the championship in the last stage of the Final-mode.

Who takes place in the TMGL?

The TMGL sports many well-known names, some of which have been on top of the game for years. A prime example is Carl-Antoni 'CarlJr.' Cloutier. The French-Canadian Trackmania player is widely considered the league's GOAT. With a following of 77,000 people on Twitter, he managed to make it out of the niche that Trackmania still is. He will also go into the Trackmania Grand League Winter 2021 as the reigning champion.

An upcoming prospect is the French player Gwendal 'Gwen' Duparc. The youngster is considered a notable challenger of the current king in the next season and has only narrowly missed the crown last time.

Where can I watch the TMGL?

There is no central stream for the Trackmania Grand League. Every players gets to have their own cast each week. So for each event of the TMGL there are 16 streams available. The easiest way to find one of them is to search for Trackmania on Twitch during an event or to visit Trackmania-grand-league.com/watch to find the casts.


Submit
Tell us more
Tags: esports
By clicking on one of those buttons you are leaving OverTake.gg