Brendon Leigh speaks to OverTake about his shock move from Mercedes to Ferrari and his F1 Esports title re-claiming ambitions.
Photo credit: Ferrari

Leigh explained the motivations behind his move, which also involved the Brit re-locating to Italy near Ferrari’s Maranello base.

I've joined Ferrari because I believe this is the best place for me. They offered a very compelling training opportunity to grow myself as a person and also as a driver, such as moving to Italy and many other opportunities that will unfold over the next months.

Leigh leaves behind a Mercedes team that he joined in 2018, the first year the real-world F1 teams entered the championship. He dominated the 2018 season, winning six of the ten races, before struggling across the following two years to mount another title challenge.

He’s still been one of the most competitive drivers in the series and has finished in the top six of the drivers’ championships in the last two years. However, he’s still looking for his first F1 Esports victory (excluding Pro Exhibition races) since 2018. 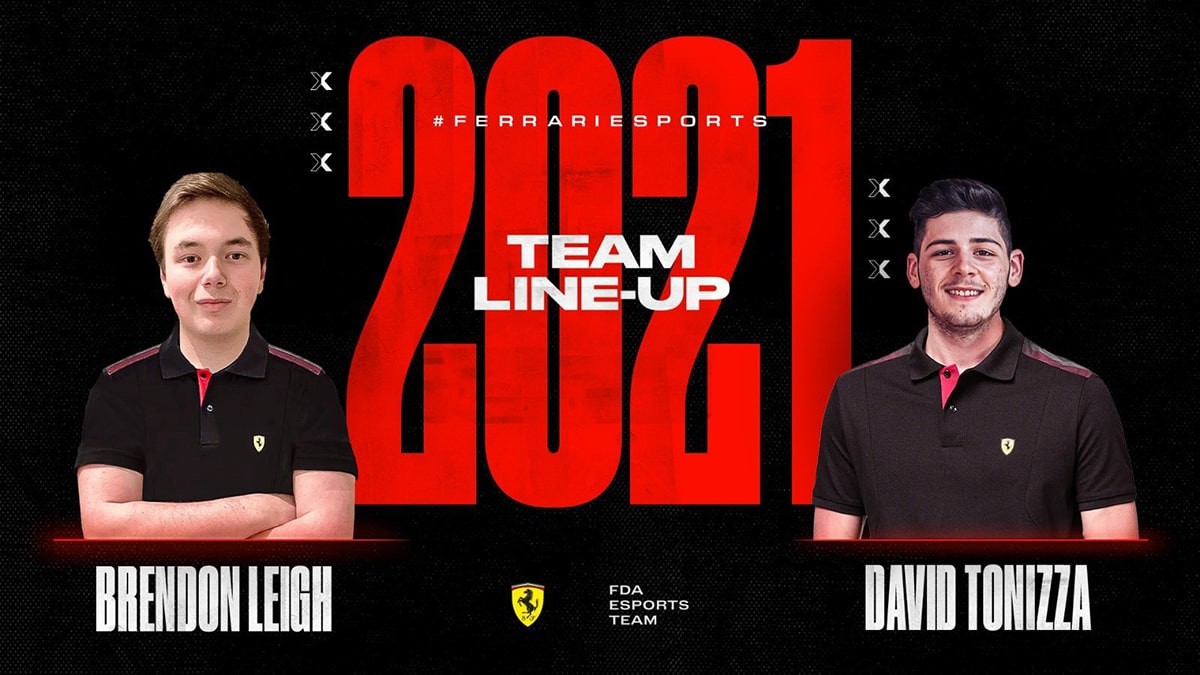 Leigh made his Ferrari debut at the Virtual Grand Prix at the Red Bull Ring two weeks ago. He claimed the final place on the podium in the five-lap qualifying with a bold last-lap move on Marcel Kiefer, while his team-mate Tonizza won the race.

Leigh has a lot of admiration for Tonizza, who won the F1 Esports title in his rookie season for Ferrari in 2019.

Working with David is amazing, we've done a few training days connecting online and we have a great relationship. I really respect David, his speed is incredible. Both myself and David are extremely competitive and you have to be to win but that doesn't take away from our mentality, because we both know the team's championship comes first.

Leigh said he was "grateful" for his time with Mercedes, but he's "extremely excited" for his new chapter with Ferrari. His exploits with Ferrari will likely not just be limited to Codemasters’ F1 games, with “some plans and opportunities” with other games in development.

It’s quite clear that Ferrari and Leigh have just one goal in mind. “We never underestimate the challenge of winning any championship but of course I'm confident we as a team can earn both constructors’ and drivers’ championship,” explains the Briton.

The next F1 Esports Championship won't start before summer, so the two-time world champion has time to put a lot of work into his driving skills.

Will Leigh benefit from joining Ferrari? Tell us on Twitter at @OverTake_gg or in the comments down below!
Did you like this article? Please click thumb up or thumb down.


Submit
Tell us more
Tags: formula 1, f1 2020
By clicking on one of those buttons you are leaving OverTake.gg