Frede Rasmussen is the drivers' champion of the Formula E: Accelerate Series in rFactor2. The Dane secured the championship by winning in the final race at the Rome City Circuit on Thursday evening. His victory came as a surprise, as he had been far behind the championship leader in the standings before the race.

Erhan Jajovski (ROKiT Venturi Racing) went into the final round of the series with an advantage of 26 points over Rasmussen (DRAGON / PENSKE AUTOSPORT). This is equal to a race win and a fastest lap in the competition. But since the final race of the season awarded double the points, tensions were still high.

Runner-up Rasmussen showed that he was ready for the final fight when he claimed the pole position ahead of Graham Carroll (Envision Virgin Racing) and championship leader Jajovski. After the start, the pole sitter showed a dominant performance, leading the race with a big gap to the rest of the field. Meanwhile, Jajovski struggled to find his pace and even dropped down into fifth place shortly before the end of the race.

Rasmussen drove home the victory safely. With Jajovski staying in fifth, the 20-year-old actually turned the tables to win the drivers' championship. “I didn’t have any standings and couldn’t see where Erhan was during the race”, he later told in the winner interview. “When I got out of the car and I saw him in P5, it was just a shock”. By winning the competition, Rasmussen is now looking forward to receiving his cash prize and a real-world drive in a Gen2 Formula E car. 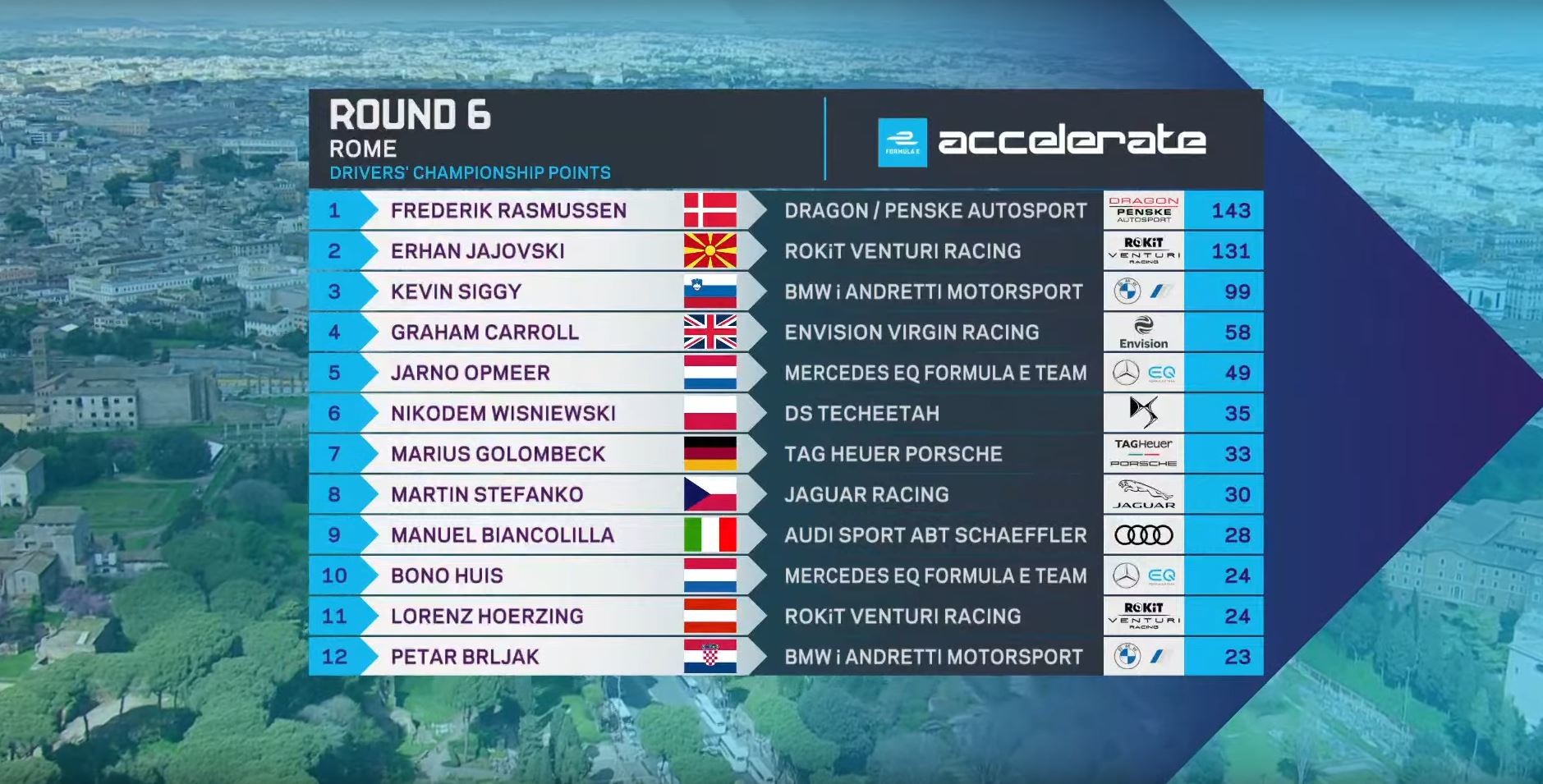 Before the sim racers, twelve real-world Formula E drivers competed on the Italian city circuit. Each of them represented a Formula E team taking part in the series. The pro drivers’ race results also contributed to the Team Championship of the Accelerate Series.

Shortly after the start of the 12-minute-race, Edoardo Mortara took the lead of the field. But a spin in the middle of the race almost cost the Rokit Venturi driver his victory. However, the Swiss was able to recover from his error and secured his win with an impressive lead of 11.2 seconds ahead of Robin Frijns (Envision Virgin Racing) in second place. Pascal Wehrlein driving for TAG Heuer Porsche completed the podium.

Combining points from sim racers and real-world drivers, it was ROKiT Venturi Racing who took home the Team Championship ahead of DRAGON / PENSKE AUTOSPORT and BMW i Andretti Motorsport. However, no cash prize was distributed for the winning team as the Team Championship was just fought out for glory.


Submit
Tell us more
Tags: formula e, esports
By clicking on one of those buttons you are leaving OverTake.gg