5 of the most iconic Italian cars in racing games

Top Lists
Reading time: 4 minutes
Beautiful design, powerful engines and a legendary reputation: these are five of the most iconic cars from Italian car manufacturers that you can drive in your favourite racing games.
Photo credit: Kunos Simulazioni

Note: This is of course not a definite list with every single remarkable Italian car. If your personal favourite is missing, tell us in the comments below!


Are there any old-school racing fans out there? Then you surely remember the legendary Sega arcade Out Run from 1986. This best-selling classic counts as one of the most influential racing games and was praised with awards, its soundtracks even inspiring a whole sub-genre of Synthwave. The main star is of course the beautiful red Ferrari Testarossa Spider that the players used to race against the clock.

Game designer Yu Suzuki travelled through Europe to find inspiration for Out Run, where he visited several metropolises. Suzuki was inspired to use the Ferrari Testarossa as the playable car in the game while he was in Monaco. Only one example of the convertible 'Spider' version of the Testarossa was ever built, commissioned in 1986 by the Fiat chairman Gianni Agnelli.


While there was only one convertible Testarossa Spider, there are many more Ferrari Enzo models – at least in the virtual realm. Released in 2002, this famous supercar has featured in a total of 119 different racing games according to an article by Carwow, making it the car with the fifth most appearances overall.

The popular vehicle was named after the company's founder, Enzo Ferrari, and developed with Formula One technology. Interestingly, not everyone seems to love this model: Bloomberg Businessweek included the Ferrari Enzo in their "Fifty Ugliest Cars of the Past 50 Years" list. We personally do not agree at all and are happy to select the beauty in our next race in Gran Turismo. Or Need for Speed. Or Forza? Well, you can basically go for a ride in nearly every game!

Welcome one of the true OGs: the Alfa Romea 33 Stradale! This masterpiece from 1967 heavily increased the coolness-factor when getting into a car, as it was the first ever vehicle to feature dihedral doors (butterfly doors). The 33 Stradale also counts as one of the first supercars in the world, and with only 18 models being built, it is a rare treasure.

Stradale is Italian for "road-going", indicating that it is a street-legal version of a race car. In this case, our speedster is based on the Tipo 33 sports prototype. If you want to take a virtual test drive, you can get your hands one a 33 Stradale in most Forza games. Forza Horizon 4 players can buy an example in the Autoshow for 10,000,000 CR. 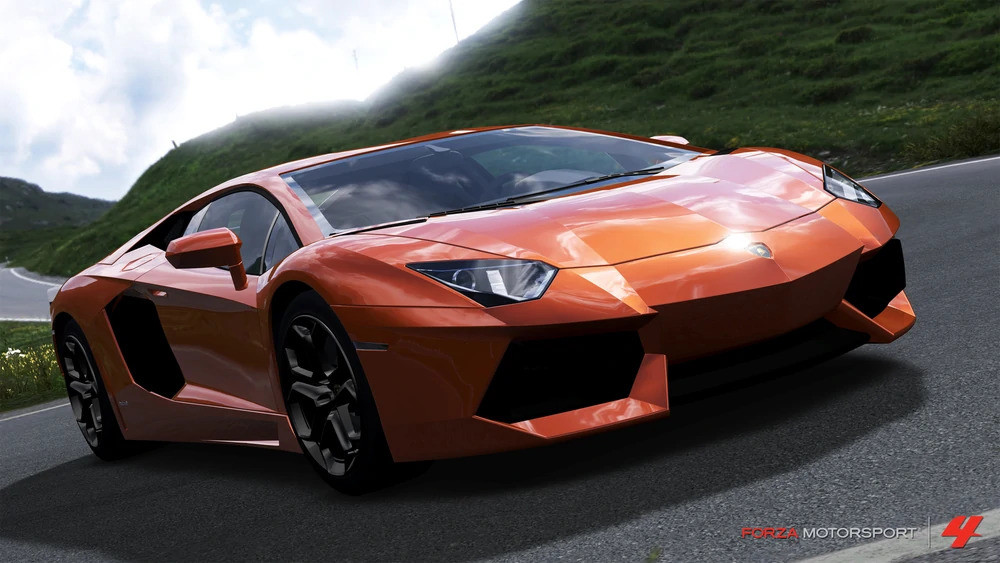 Admitted, Lamborghini usually don't play a huge part when it comes to sim racing. But the luxury sportscar is a must-drive in any casual racing game! One of the most popular editions is the Lamborghini Aventador that was revealed in 2011.

Like previous V12 supercars of the brand, the Aventador was named after a Spanish fighting bull. The icon is featured in various video games, such as multiple Need for Speed editions, Gran Turismo, Forza or even the very relevant Kim Kardashian: Hollywood as she owns a black version in real life.


Who said a car needs to be incredibly expensive, or a crazy supercar that most people can't afford anyway to be iconic? Small, practical, famous and beloved worldwide: the Fiat 500 has been sold several million times in over 100 countries, won countless awards and was even part of five short films by luxury brand Gucci. This model was produced in 1936 for the first time and received several reworked new lines over the past 85 years.

The Fiat Cinquecento as it is called in Italy naturally is part of various video games. GTA V, Uncharted 2, Metal Slug, Top Gear, you can find the small package in many titles!

What is your favourite iconic car from an Italian manufacturer? Tell us on Twitter at @OverTake_gg or in the comments down below!
Did you like this article? Please click thumb up or thumb down.


Submit
Tell us more
Tags: top lists, gaming, ferrari, lamborghini
By clicking on one of those buttons you are leaving OverTake.gg