Top Lists
Reading time: 4 minutes
Easter eggs are added to many games as little surprises for particularly diligent players. We've taken the time to compile this list of some of the very best ones!
Photo credit: Mario Kart 8 / IGDB

Easter is upon us and with it comes the promise of a great deal of chocolate in the form of Easter eggs. However, these are not the type of Easter eggs we here at Overtake are most interested in. We prefer in-game Easter eggs, little secrets and prizes that game developers have hidden away deep within their creations. So, here are some of our favourite Easter eggs from racing games past and present!

In Mario Kart: Double Dash, Nintendo attempted to develop the notion that the tracks all existed in one cohesive world, as certain circuits can be seen from others. For example, Daisy Cruiser can be seen in the water at both Peach Beach and Yoshi Circuit. There are several similar instances in the game, and once again credit is due to Nintendo for these subtle but intriguing world-building touches. 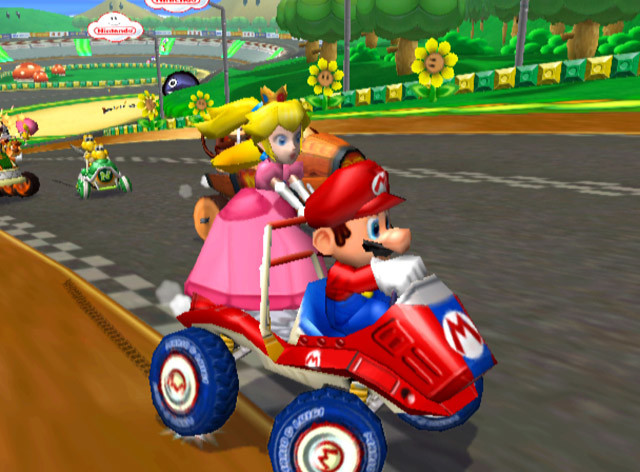 iRacing is our next destination for an image-based Easter egg. Go into free camera mode at Monza and head far off into the paddock to a building with the word ‘Beta’ written on it. Behind this building, half-obscured by trees, you’ll find a poster for the film ‘Rush’, which tells the story of the Niki Lauda and James Hunt rivalry from the 1976 Formula 1 season.

Driver San Francisco from 2011 was the fifth game in the Driver series, and it featured an Easter egg which served as a double-reference. Most people will understand the direction this one is headed when they hear that to activate this Easter egg, the player needs to drive a DeLorean at 88 miles per hour. For those who haven’t caught on yet, this is a Back to the Future reference, where a DeLorean driven at 88mph takes you back in time. In Driver, you will unlock a challenge called ‘Blast from the Past’. This challenge is a mission similar to one in the first Driver game.


Man in the Mirror in Assetto Corsa

It is common for developers to sneak aspects of themselves into their games as little Easter eggs. One such example of this can be found at Zolder in Assetto Corsa. In a small mirror hanging from a gantry near the start line, a ‘reflection’ of a man taking a photograph can be seen. The man in question is Marco Masarutto, a co-founder of Kunos Simulazioni who made the game.

Dale and Steve in iRacing

iRacing has its own take on this idea. At any circuit in the game, it is possible to find an image of iRacing vice-president Steve Myers alongside NASCAR legend and fan of the game Dale Earnhardt Jr. However, there is an aspect of mystery here. Despite the best efforts of the community, Steve and Dale have never been found at Imola in-game. Perhaps they simply forgot to add the image in to that circuit, or maybe they’re still hiding, yet to be found.

When racing at the Sunshine Airport circuit in Mario Kart 8, there are screens around the interior of the airport which display departures, just as they would at a real airport. The interesting thing about these departures, though, is that they are to other circuits from Mario Kart. Dry Dry Desert, DK Jungle and Dolphin Shoals are among the destinations listed on these screens. This Easter egg is a nice touch which helps to create a sense of inter-connectedness within the Mario Kart world.

Walker and Brundle in F1 97

It's back to F1 for our next Easter egg. Formula 1 97, which was known as Formula 1 Championship Edition in North America, had several to boast about. In order to access these secrets, you had to rename your selected driver in Grand Prix mode to a specific name, which would correspond to the Easter egg you wanted to access. Of these, our favourite comes when you rename your racer ‘Box Chatter’. Doing so adds small sprites of Murray Walker and Martin Brundle to the screen. These hexagonal commentators would open and close their mouths to match the in-game commentary, creating a very amusing effect.

The final Easter egg on this list is unique, insofar as it is yet to be discovered. Before F1 2020 released, Dutch commentator Olav Mol gave an interview in which he stated that he was involved in the creation of an Easter egg which has been hidden in the game. Mol added that he felt that the secret was exceptionally hard to find. Given Mol’s involvement, it is likely that the egg will only be available to those playing with the Dutch commentary enabled. So, if any Dutch fans of the game are reading this and have encountered the Easter egg, please let us know!

What are your favourite racing game Easter eggs? Tell us on Twitter at @OverTake_gg or in the comments down below!
Did you like this article? Please click thumb up or thumb down.