MotoGP 21: How to Take Great Screenshots

Tutorials
Reading time: 4 minutes
Taking screenshots in racing games can be a fun and satisfying experience. Here's how to do it right in MotoGP 21.
Photo credit: Jacob Hancox / Milestone

MotoGP 21 is a game with some stunning visuals. The sight of a multicoloured field of motorcycles racing through landscapes across the world is usually rather beautiful on its own. However, it can still be improved. If you follow this guide, you’ll be able to take the best-looking screenshots in MotoGP 21 to capture the action and stunning visuals that the game has to offer. To take a screenshot, you'll need to open photo mode in the start menu, once you get in to a race or time trial session.

To start with you’re going to need to select a location for your screenshot. The Red Bull Ring in Austria is a fantastic option. The backdrop of the Styrian mountains makes for some great cinematics, as does the natural undulation of the circuit. Plenty of grassy areas and some well decorated run-offs also look much nicer than concrete expanses – another point in favour of the Austrian circuit. 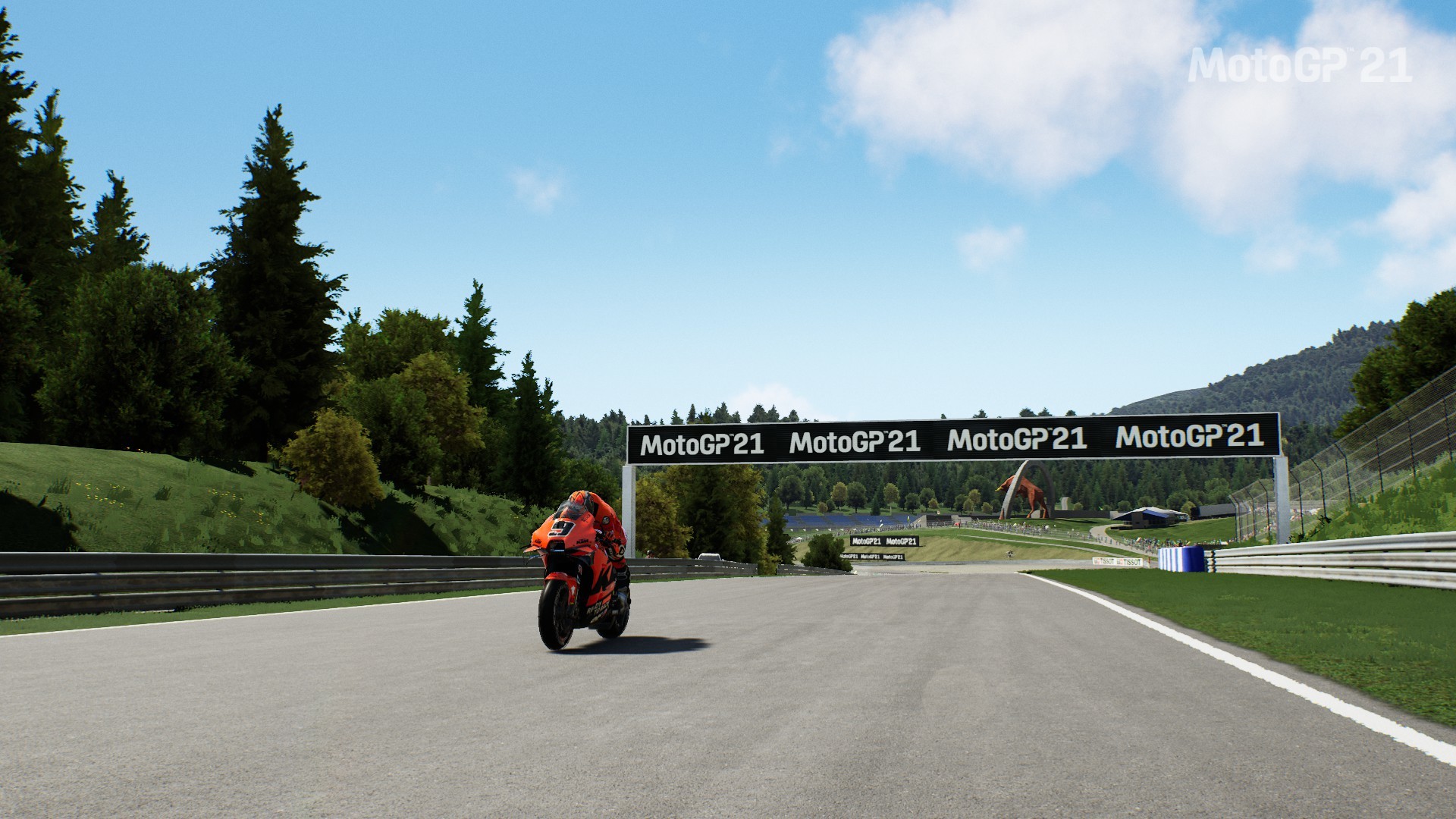 Another track with some excellent scenery is Mugello. Like the Red Bull Ring, there is plenty of grass and some nicely decorated kerbs, as well as good amount of elevation change. The surrounding countryside isn’t quite so dramatic, but tree-covered rolling hills still make for an attractive prospect. Obviously, you can make your own decisions about these based on what exactly you’re going for, but if you’re looking for some inspiration you can give these circuits a go.

When you’ve got to the point at which you’re actually taking the screenshots, you’ll notice that there is menu that you can bring up in the game’s photo mode which allows you to customise aspects such as the brightness contrast and saturation of the image. You open this menu by selecting the button next to the small plus and minus symbol at the bottom of the screen in photo mode. If you are using an Xbox controller, the X button is the one you want. This is somewhat a matter of taste, but adjusting these three values slightly can lead to a better outcome. In particular, raising both the saturation and contrast by one, while simultaneously lowering the brightness by one, tends to look rather sharp. 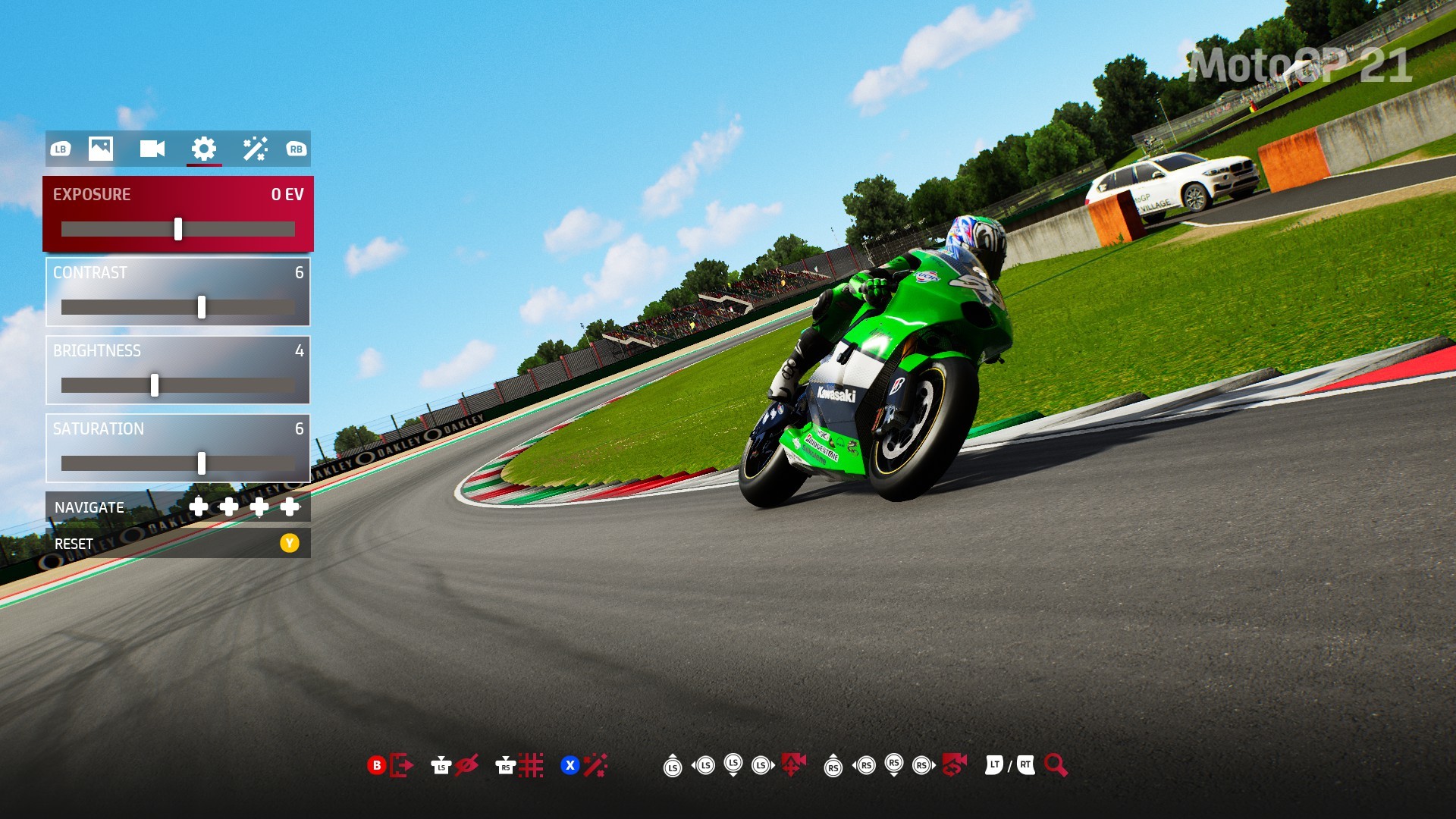 Of course, if you want to take some screenshots that are a bit more 'out there', then you can play around with these values further. There are also a few pre-made filters in another tab of the same menu, so you can give your screenshot a vintage vibe with a sepia filter, for instance.

Another fun tool available in the menus is the ability to take an action shot. In this section of the menu, you can adjust the shutter speed of your camera, so that you get a shot with longer exposure. This has the effect of blurring the image to give a sense of the speed and chaos which are ever-present factors in a MotoGP race. Taking screenshots in this way takes a little bit more time, but the results can be worth it.

One thing that can be surprisingly difficult to get right is the angle of the camera when taking the screenshot. Where you position the camera will depend on multiple factors, including how many bikes there are in the image, how the surroundings look and what you are trying to convey. Nevertheless, a good rule of thumb is that a shot from below the rider’s head height will tend to look better, especially if you are taking a picture of just one bike. Combining this with taking the shot close up to the subject presents the bike as the focal point of the image.

Alternatively, you may be taking a screenshot of the whole field. If this is your aim, then you will want to take a picture from a greater distance. Moving higher up will allow you to capture more of the field in one picture, but the image could feel a little disconnected from the action. 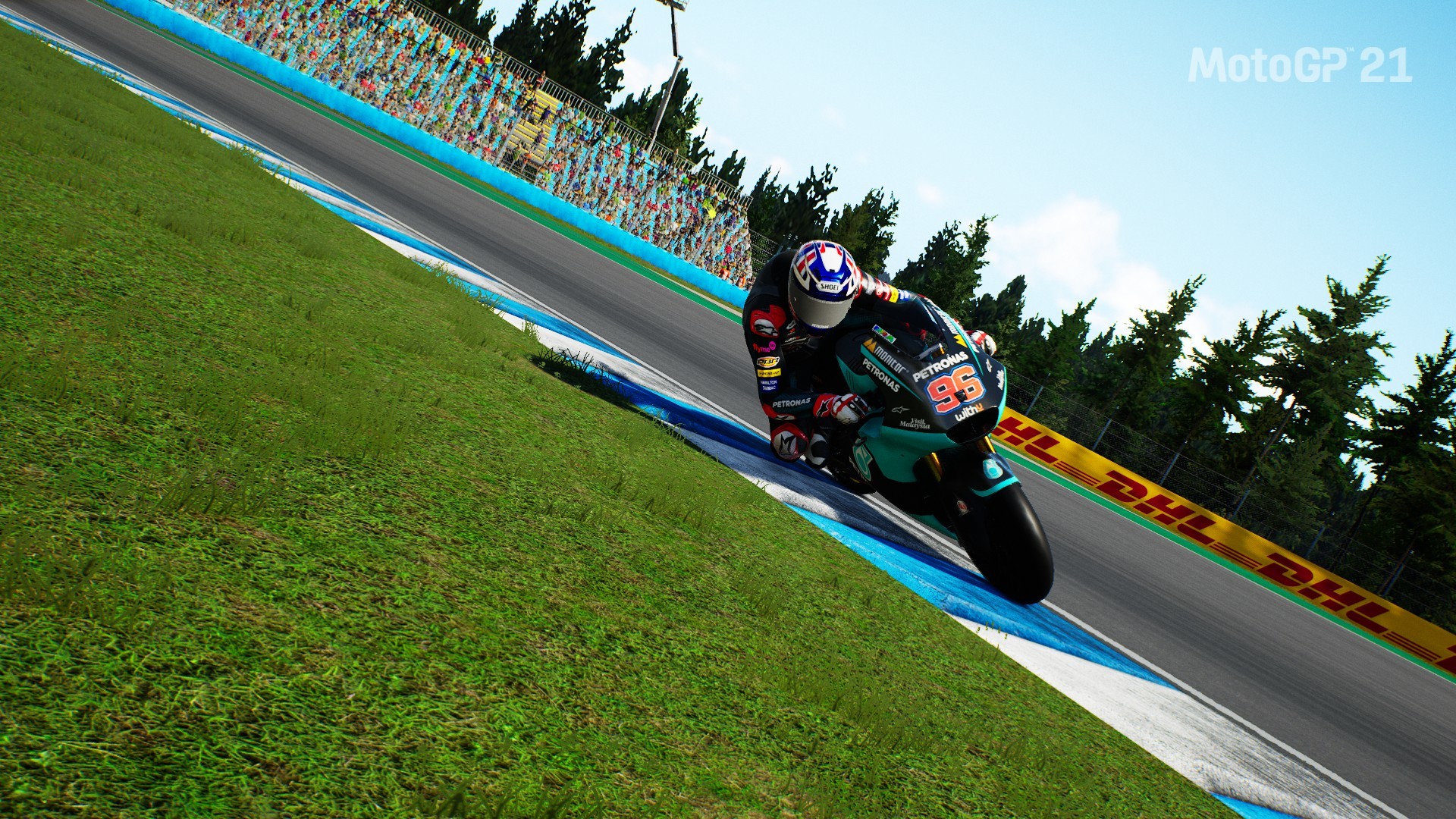 Another little trick that you can apply, particularly when taking low-to-the-ground action shots, is adding a little bit of camera tilt. This makes for a more dynamic image, with a greater sense of speed and movement within it. The slight tilt comes across almost as an imperfection caused by the fact that the bike was moving at high speeds and was therefore difficult to photograph. In most cases, it will look better if you tilt the camera towards the inside of the track if the motorcycle is mid-corner.

Did you find this guide helpful? Tell us on Twitter at @OverTake_gg or in the comments down below!
Did you like this article? Please click thumb up or thumb down.


Submit
Tell us more
Tags: tutorial, motogp
By clicking on one of those buttons you are leaving OverTake.gg