iRacing Guide: The cheapest way to get started

No matter what you do, iRacing will be a pricey hobby. Nonetheless, there are ways to minimise the cost.
Photo credit: iRacing

iRacing can be a very daunting prospect for those looking to pick it up for the first time. The subscription system that it uses is unlike any other sim racing game, and if you aren’t careful you can end up spending vast quantities of money over the course of a few months. As such, it’s important to be careful with how and where you spend your money when you first get in to iRacing. Here are a few tips on how to get the best value for money from your purchases.

First things first, you will need to buy a subscription to the game itself. iRacing offers various rates depending on the length of the subscription you choose. If you only want to purchase the game on a monthly basis, you will be getting a higher price per month than if you lock yourself in for a full year’s worth of iRacing.

Therefore, it’s important that you get a good idea of how long you might remain interested in the game. If you’re the sort of person that plays a game non-stop for a month but then never picks it up again, then the monthly option is the way to go. However, if you can see yourself playing iRacing every now and again for the next few years, then one of the longer-term commitments might be the best for you.

Whatever subscription plan you decide on, make sure you’re getting the first-time buyer’s discount. At the time of writing, all new memberships are forty percent off, so this can be a big saver for you. There are often other coupon codes and offers throughout the year that you can watch out for as well.

Which Cars to Buy

Once you’ve bought the game you will find it comes with a selection of twenty-six cars. Some of these are legacy cars which aren’t used in active races anymore, but the selection is broad enough that you should be able to test out most different types of racing car.

If you aren’t already sure which type of racing you want to get in to, then give each one a go. You may find that the open-wheelers are exactly what you want, or perhaps you prefer off-roading in cars suited for the dirt and dust. Once you’ve worked out which sort of racing you’re into, then you can look at purchasing additional cars to add to your collection.

Some cars are eligible for more races per day than others, so be careful that you don’t end up buying a car which won’t ever see much action. If you want an open-wheeler, then the Skip Barber F2000 cars are a great option. These are very popular in iRacing and see plenty of action. If you’re looking for a GT3 car, there are a few options. The Audi R8 and the Mercedes AMG GT3 cars are solid choices, as these are eligible for plenty of races.

One important thing to remember is that you don’t need to buy every car in a certain series that you want to participate in. It’s much more cost-efficient to research each option and then pick one of the eligible machines to stick with. Not only will you spend less money this way, you’ll also get very adept at driving whichever vehicle you choose.

Which Tracks to Buy

When it comes to the circuits themselves, there are also twenty-five base tracks that come with the game. This may sound like a lot, but you will find that some series have a calendar made up with plenty of circuits that you would have to purchase. Because of this, it’s a good idea to scout out various series to see which one has the most base-game tracks as possible. That way, you won’t have to buy so many to be able to participate in the whole series.

If you’re looking for a specific track to buy, you can’t go wrong with Spa-Francorchamps in Belgium. This iconic circuit sees all kinds of action across the various classes in game, and it is a very popular track with racing fans so there will always be plenty of iRacing action taking place there. 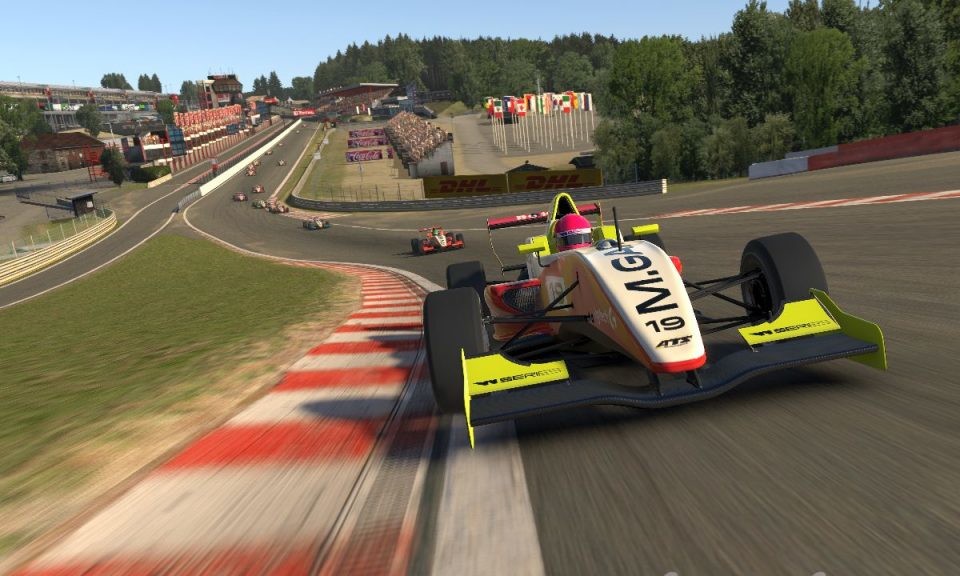 Circuit de Spa-Francorchamps is one of the most popular tracks in iRacing. Photo credit: iRacing

When buying tracks and cars, bear in mind that there is a discount for bulk purchases. Specifically, if you buy three to five pieces of content you will get ten percent off, while six or more will net you fifteen percent off. If you have a specific series in mind that you wish to participate in, you can buy one car and any tracks you need at the same time, which should make you eligible at least for the ten percent discount.

At the end of the day, it is important to remember that iRacing’s pricing model isn’t for everyone. It can be a big money sink, and even if you follow everything in this guide you will find that the game still costs a pretty penny. Always make sure that you’re thinking carefully about your purchases.


Submit
Tell us more
Tags: tutorial, iracing, competitive
By clicking on one of those buttons you are leaving OverTake.gg