The lights go green, and the driver hits the throttle. The acceleration pushes him back into his seat as the Ford Escort starts winding its way through a Polish forest. A sharp left-hander is coming up. The driver brakes hard. G-forces push his body towards the steering wheel and to the side. A jump comes next. The driver feels the force lifting him from his seat while the car flies through the air. He’s back on the ground. He crosses the finish line. It’s a new world record time.

That is true rallying. With one exception: All of this happened in the living room of one man who sits in a jaw-dropping home racing setup and uploaded his world record drive on YouTube. Meet Matthias Fulczyk, a pioneer in the field of DIY racing rigs with a true passion for rally motorsports.

“No one had built something like this before”, Matthias explains about his racing rig. What stands in his living room looks like a rally car cockpit placed in front of a TV. When in use, the entire system moves in perfect alignment to what the car does on screen. “I use two completely different motion systems. One of them is a platform mover that moves the entire rig. And then there is a separate seat mover within the platform. It took a long time to synchronise the systems in the first place. Plus, you have to find separate settings for every car and track”.

However, Matthias’ search for the perfect setup is never over. “I spend around 20 hours per week with the rig. Continuous development and maintenance always take at least one hour of that time”. All in all, the 43-year-old has spent around €18,000 on his racing hardware so far.

The investment has clearly paid off. Not only does the German have tons of fun in his rig – he is also a highly competitive sim racer, especially in his favourite game DiRT Rally 2.0 where he currently holds several world records. “The game just fits very well with my motion system”, he elaborates. “And it is also a good game in many aspects like physics and optics. And the sound is something that is often underappreciated in many racing games. That is especially good in DiRT Rally 2.0”.

Every second Matthias speaks about his sim racing setup, you can feel that he is not only truly passionate, but also has a huge amount of knowledge on the topic. A lot of that knowledge comes from his experience in real racing.

The thrill of driving rally cars

“My older brother was a rally driver. It was him who introduced me to the sport”, Matthias remembers. “I started as a co-driver because I couldn’t afford more. Rally is a very, very expensive sport, even in smaller racing classes. A weekend can quickly reach a four-digit range”. But the German found a way to finally enter the drivers’ seat.

Matthias as a co-driver with his brother in a German Trabant at the Wartburg Rally in 2000. The driver is his brother. Photo credit: Matthias Fulczyk.

“Starting in 2000, I kept on asking my brother to drive his cars without paying”, he says laughing. “Most of the time I was still the co-driver. But I was always looking whether I could scrounge a car to get to drive. And when I got the chance, I really tried to achieve something. I was driving ruthlessly. I tried to get to the top of the table, even with inferior machinery”.

Matthias celebrated several victories in his racing classes in regional competitions. For the German, rallying is a step above any other motorsports. “I also did things like karting or ice racing. But nothing beats the thrill of rally. You have your life and the life of your co-driver in your hands. It’s your own decision to put yourself at that risk”. However, for him, it’s not all about the thrill, but also about the challenging character of rally. “The fascination is about bringing everything together. You have to listen to the co-driver, observe the track, watch out you do not overwork the machinery. Rallying is about driving cleverly. And still being as fast as possible”.

But driving on the edge also had its downsides for Matthias. “In 2008, we were leading the Saxon-Thuringia championship”, he recalls. “But at one rally, we crashed the car into the forest at 160 kmh. I still remember that today. If we had slipped out of the corner 3 metres earlier, we would’ve crashed into a tree. I would not have survived that”. 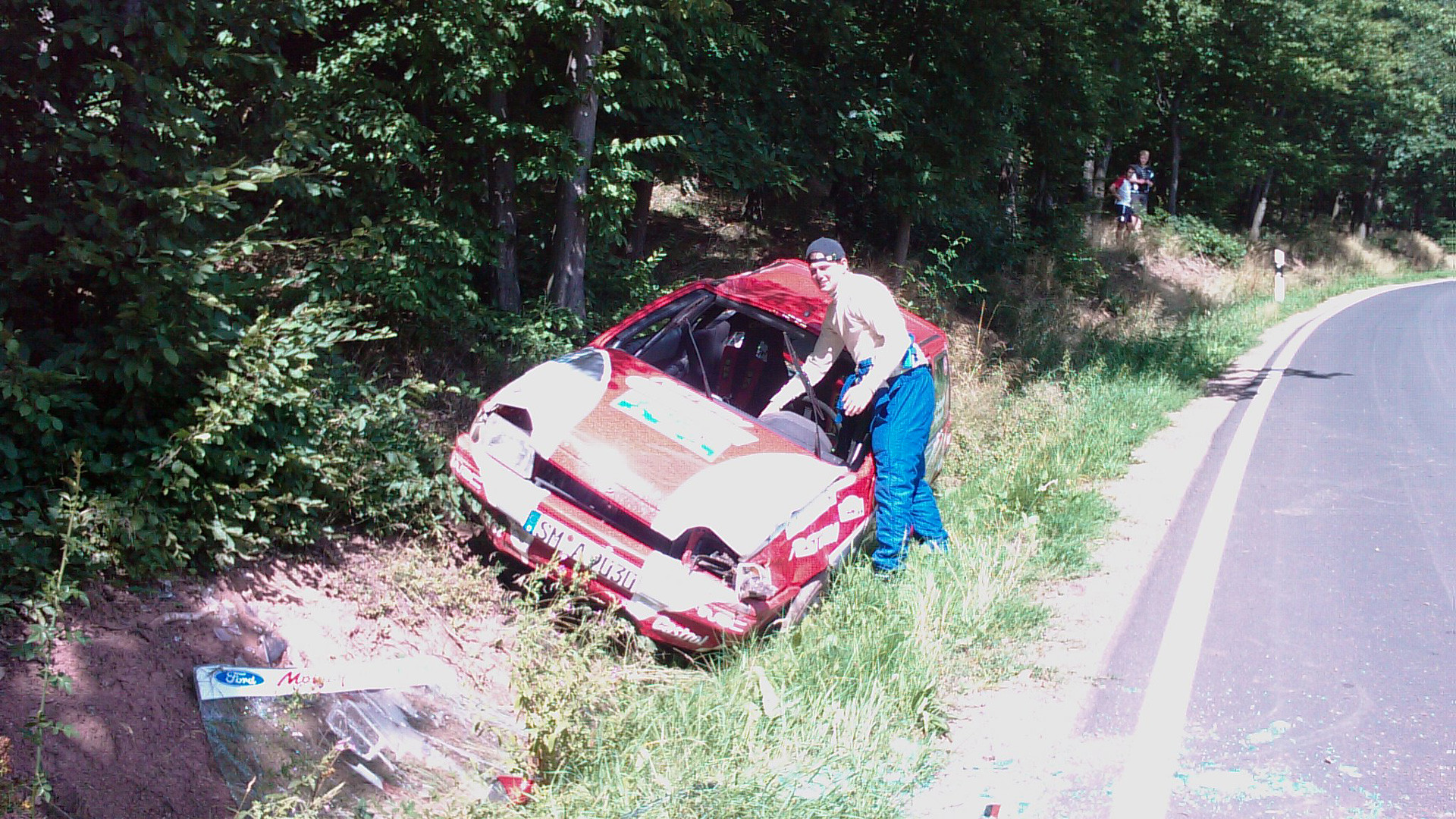 It was at this point that Matthias started to doubt whether rallying was still the right hobby for him. “Also, driving in more and more rallies, the hobby became more of an obligation. Instead of fun, rallying became a must-do”. In 2010, he ended his active career as a rally driver and looked for a new path to take.

From real rallying to the racing rig

Matthias Fulczyk has always been passionate about new technology and rally games. Living in the former GDR as a child, he was one of the few kids to own a Commodore 64. His first rally game was Lombard RAC Rally, which was released in 1988. Since the beginning of the 2000s, racing games have become more realistic, which Matthias noticed with great interest.

When his career in real rallying ended, he remembered his other hobby. But the experienced driver did not intend to play arcade games. “I was looking at how far you can go, how realistic hardware can be. Eight years ago, I got my hands on one of the first direct drive wheels on the market. That was a quantum leap”.

The German was hooked with sim racing. But the true foundation for the incredible rig he uses today was laid in 2017. “I got my hands on an Oculus Rift and was very excited. I immediately drove the Nordschleife for three hours. And the next day, I drove for another six hours”. But then came a big setback for the German. “When I got into my real car, I felt very dizzy. I was not able to drive it”. He was suffering from motion sickness.

Yet, Matthias did not want to give up on the realistic experience. That’s why he kept on researching and found the solution. “I found out that you can counter the negative effects with a motion system. During my research, I met my now best friend. He had such a system. I visited him and used it together with the VR glasses and had no problems. That was when I thought, I have to have this as well”.

“A benchmark for the entire DIY community”

Matthias used his knowledge and passion to build his racing rig with the unique double motion system. Millions of viewers have watched him racing in it and shared their excitement about what he has built in his living room. “The silliest grin kept showing up on my face when watching this”, one of the viewers comments.

But Matthias is nowhere near finished. “I experimented a lot with this rig. I have made great progress and made the experience really realistic. And now that everything is working well, I am going to dismantle it again soon”. The 43-year-old and his best friend have big plans!

“We are going to upgrade the system this year. We have already uploaded a preview on YouTube, but that only shows 20 percent of what the system will be capable of”. The new simulator is still in the testing phase and the two friends are experimenting with several materials. They are building new parts with the help of a 3D printer, always looking to bring the experience even closer to reality. The goal of Matthias is clear: “This system is going to be the benchmark for the entire DIY community in the next years”.

What do you think about Matthias' racing rig? Tell us your opinion by tweeting at @overtake_gg or leave a comment down below!
Did you like this article? Please click thumb up or thumb down.


Submit
Tell us more
Tags: portrait, hardware, interview
By clicking on one of those buttons you are leaving OverTake.gg