F1 Esports: 6 Drivers to Watch in the Pro Exhibition

30 drivers will take part in the F1 2020 Pro Exhibition to see who will be selected for F1 Esports 2021. Here are six of the hottest prospects in the pack.
Photo credit: Jacob Hancox / Codemasters

It's nearly time! 30 of the fastest drivers on F1 2020 will compete in the F1 Esports Pro Exhibition event. This Thursday, the goal for them will both be to showcase their skills to the Formula 1 teams who may be interested in signing them, as well as to successfully achieve the Pro Rank status and thus become eligible for selection in the first place. To do so, each driver will have to complete four assessments to prove their worth. From the 30 drivers who will be competing, here are six that we think you should keep an eye on!

Kedon Lutt, a 19-year-old Estonian, has been competing in the F1 game series for a number of years now. Back in 2019 he managed to become part of the Pro Draft. Sadly for Lutt, he was not selected, but he returned to the Pro Draft in 2020. Once again, the Estonian wasn’t picked up by any of the teams, but repeated appearances in the Pro Draft show adaptability to each successive game and a drive to be the best.

In the Xbox One F1 Esports Challenger Series, Lutt reaffirmed his class. Taking three wins and three more podiums over the course of the ten-race season was enough to secure him the championship by a decent margin. Such success stands the Estonian in good stead ahead of the Pro Exhibition.

18-year-old Welshman Josh Idowu is a driver who has been in and around the upper echelons of the F1 league racing scene for several years now. F1 2020 seems to be the game where Idowu has finally been able to fully display his talents. Second position in the PC side of F1 Esports Challengers is very impressive, and the fact that he ended that campaign with back-to-back wins gives him positive momentum going into the Pro Exhibition. 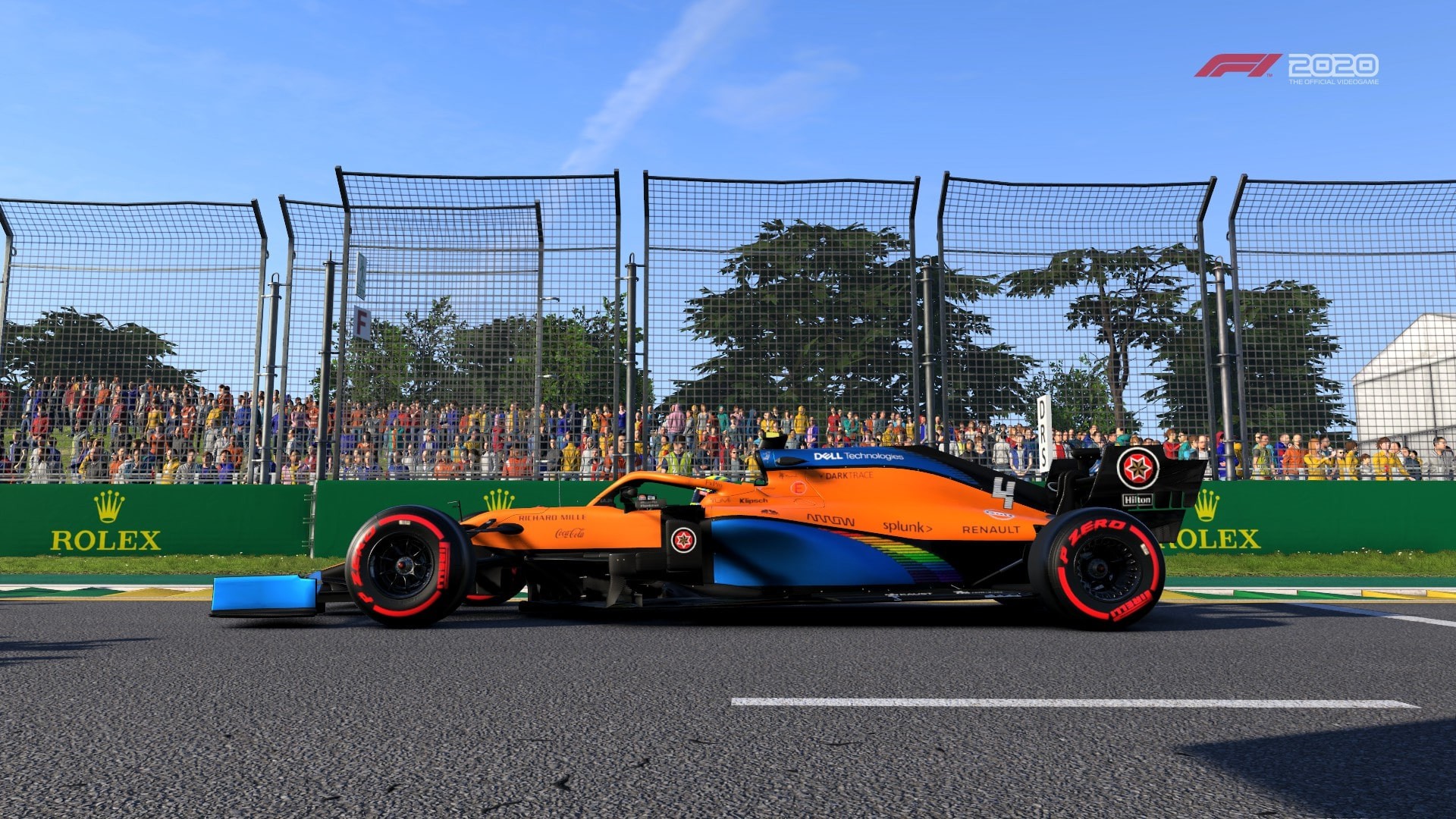 In terms out outright pace, Idowu is one of the very quickest of the 30 drivers. If you need any further convincing, the Welshman is associated with McLaren Shadow already. He may well be destined to wear orange at the highest level of F1 Esports.

The Italian Domenico Lovece may seem like a slightly odd choice here, having placed ‘only’ third in the PS4 F1 Esports Challenger Series. However, Lovece was only eleven points shy of the series champion. What’s more, this feat was managed without winning a single race. While winning races is obviously considered a positive trait, the ability to consistently score points and podium finishes will be invaluable to F1 Esports teams who aren’t always going to be fighting for wins.

Lovece has also displayed some very solid outright pace in recent league races in F1 2020. In very talented fields of drivers, Lovece has been sneaking podiums and consistently scoring good points. His pace is a little shy of the Jarno Opmeers of this world, but the improvement is there to see. This solid pace combined with the consistency Lovece has displayed make him an ideal second driver, for now at least.

Brüffer is an exciting prospect no matter how you cut it. The German clinched the PS4 F1 Esports Challenger Series title by just one point, establishing himself as a forerunning talent in F1 2020. In addition, his star is only likely to rise further, as Brüffer is currently only 16 years of age.

Huge congratulations to the top 6 - you're going through to the Pro Exhibition! 👇

Going into the final four rounds of the Challenger Series, the German had only managed one win and had a mountain to climb to claim the championship. That is exactly what he did, recording three wins in the last four races to come out on top. With this mental fortitude and competitive drive, as well as a wealth of pace and plenty of room to grow, Valentin Brüffer is one of the hottest prospects in this year’s Pro Exhibition.

Sebastian Job is an interesting case here. He is by far the most established driver in the field, but until recently the F1 games have not been his focus at all. Job is a Red Bull Racing Esports Team driver, and has competed for the team across a number of tournaments, such as the 2021 Porsche TAG Heuer Esports Supercup on iRacing.

When the DHL Time Trial competition came around, Job turned his attention towards F1 2020. It didn’t take long for the Briton to get up to speed, and he set a world record time at Albert Park to secure a spot in the Pro Exhibition. His association with Red Bull gives an indication of his likely future in F1 Esports.

The final driver to make this list is Alessio di Capua. Di Capua is something of an enigma. In terms of outright pace, he may well be the fastest driver in the Pro Exhibition field. Through league racing, he has displayed his ability to match the likes of Bardia Boroumand, Alvaro Carreton and Jarno Opmeer in qualifying, and sometimes in the race as well. However, the Italian’s flaw is that he is often involved in an incident early in a race, scuppering his chances of making good on his qualifying prowess.

This wasn’t such an issue for him when it came to the PC Challenger Series. He managed to see off the challenge of Idowu to claim overall victory in the standings. Indeed, the Italian only finished one race outside the points in the whole season. This makes for a conflicting image, but perhaps it indicates Alessio has the ability to rise to the occasion. If so, he will definitely be one of the top candidates in the Pro Exhibition.

Who will you be looking out for in the F1 Esports Pro Exhibition? Tell us on Twitter at @OverTake_gg or in the comments down below!
Did you like this article? Please click thumb up or thumb down.


Submit
Tell us more
Tags: esports, f1 2020, competitive
By clicking on one of those buttons you are leaving OverTake.gg