rFactor 2, as is the case with many sim racing games, is constantly being updated by the its developers, Studio 397. On Wednesday, a reveal event took place for the next additions to the game. One car, the BMW M4 Class 1 2021, will be available for free in game as of June 24. That’s not all, as the Italian temple of speed, Monza, is also dropping on the same day! At the end of the hour-long reveal, there was one last teaser video, which showed the much-anticipated BMW M4 GT3.

The car that will never hit the track in reality

BMW’s M4 Class 1 2021 was intended to be their entry into the 2021 Deutsche Tourenwagen Masters (DTM) season, but the decision was made in late 2020 to change the rules surrounding the cars that could be raced in the 2021 DTM season. Instead of the intended 600hp monsters, of which the M4 Class 1 2021 was one, the series opted to run GT3 cars instead. This meant that the BMW M4 Class 1 2021 never saw the light of day, but with its addition to rFactor 2 it can still have its spot in the limelight. 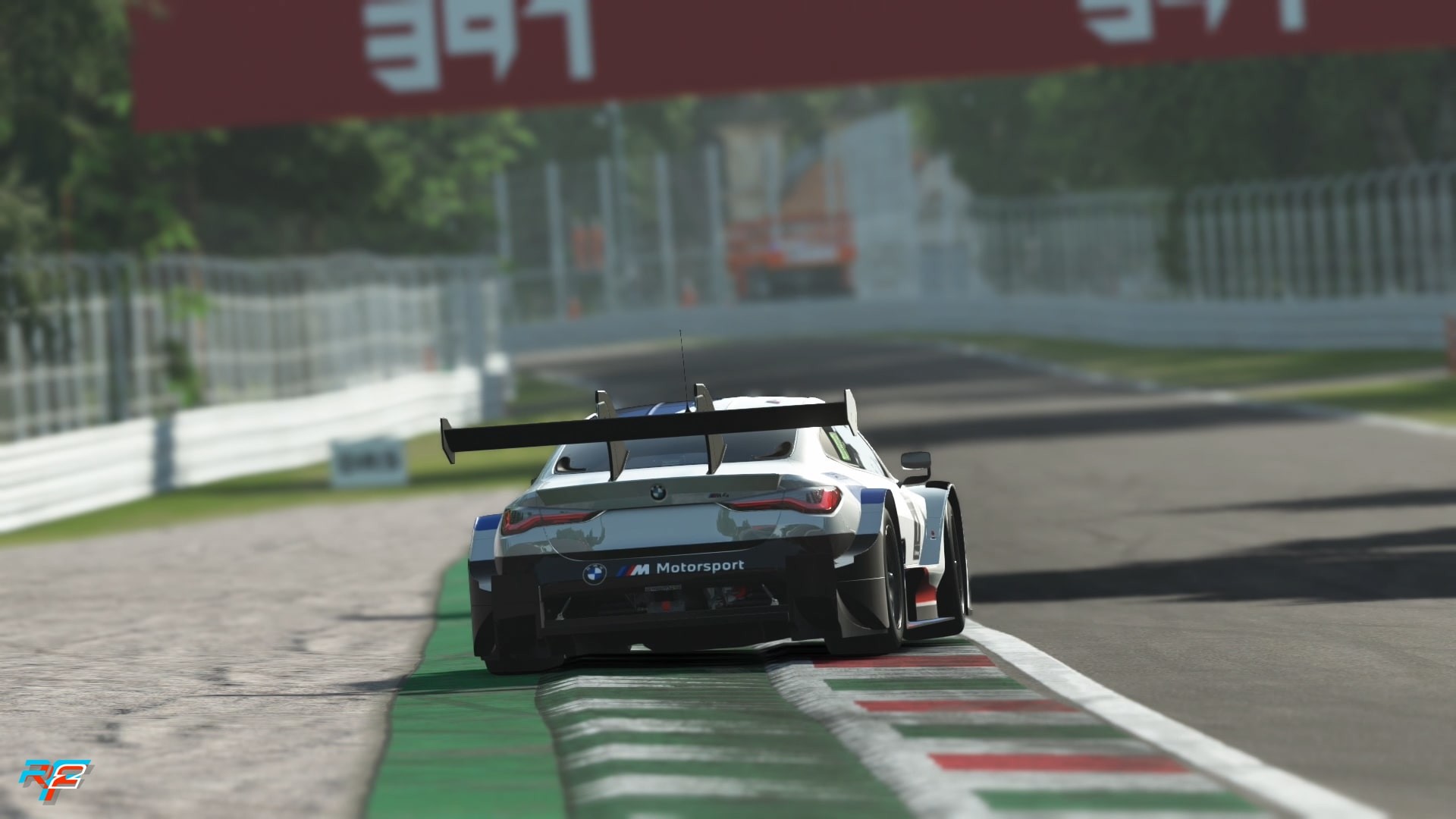 Now you can ride the kerbs through Lesmo 2 in rFactor 2. Photo credit: Studio 397

Talking about the M4 Class 1 2021, Rudolf Dittrich, head of BMW Sim Racing, noted that “in reality, it will never hit the track.” However, the car was designed using virtual tools, and the design process was completed. Therefore, it will be released into the world of rFactor for sim racers to enjoy. For Dittrich, the fact that the car can exist in sim racing even though it never did in real life is “one of the beauties of sim racing, you can do stuff that is probably not possible in reality.”

Monza and the M4 GT3

Also releasing on 24 June along with the M4 Class 1 2021, is the Autodromo Nazionale di Monza, a legendary racing circuit in the north of Italy. Monza is one of the fastest racing circuits in the world, and it has been in operation since 1922, making it the third oldest purpose-built race track in the world. It has undergone some changes in that time, but it is nevertheless a legendary circuit. Sadly, this laser-scanned rendition of Monza will not be available for free, unlike the M4 Class 1 2021.

Third and final of the reveals came late in the stream, and in the form of a teaser video. This video showed the eagerly anticipated BMW M4 GT3 being tested on various rigs, presumably by the rFactor 2 team so that they can gather the data necessary to faithfully recreate the car in-game. The real-life car will see its first racing action at the Nürburgring 24 Hours on 26 June, but no date was given for the M4 GT3’s arrival into the rFactor 2 universe. Unlike the M4 Class 1, the GT3 will not be a free addition to the game, whenever it does get added in.

Which of the BMW vehicles are you most excited for in rFactor 2? Tell us on Twitter at @OverTake_gg or in the comments down below!
Did you like this article? Please click thumb up or thumb down.


Submit
Tell us more
Tags: bmw, announcement
By clicking on one of those buttons you are leaving OverTake.gg