What would I want as a sim racer? Maybe a nice rig, and some kind of guide on how to put it together? Maybe some individuality and the chance to get coached? Well all this and more is present in the portfolio of the Irish-based company of Digital Motorsport. The team at their facility specialises in creating the ultimate driving experience for every aspiring or long-time sim racing fanatic.

OverTake got the chance to meet up with Niall Maher. He is the founder and CEO of Digital Motorsports and gave us an insider look into the structure behind Ireland's biggest sim racing vacility.

OverTake: How did you guys start off?

Niall Maher:
This is a long story. Like most sim racers of a certain generation we all owe our passion to the likes of Papyrus Grand Prix Legends and Geoff Crammond’s Grand Prix. My brother and I would spend countless hours building simulators, modding cars and trying to get servers set up online. A eureka moment came when we found the very first simulator ever built.

Skip forward a few years and I decided to see if I could translate what I had learned through sim racing to the real track. So I decided to head down to my local track, Mondello Park, and sign up for their Open Endurance Championship. The organiser of the event was Rob King and we immediately hit it off and started to develop a friendship. I was using my simulator to prepare for the races and Rob was also an instructor at Mondello with a keen eye for racers. He quickly figured out what I was up to and after I won the under 2 litres classes as a rookie we decided to set up a business together.

The story about Niall and his brother building their own simulator was also featured in an article on Digital Motorsports, which you can find here.

OverTake: Why did you build a sim racing centre and how was it received?

Niall Maher:
After the success in the Open Endurance Series we had one ace up our sleeve. We had modelled the Mondello track in agreement with the owners. We quickly set about building 4 simulators above the paddocks in Mondello and setting up an Academy for people to come and try the simulators for themselves.

At the start, things were very slow and people were not convinced. We decided to host our own online races called “Virtual Race Academy” and immediately we had a cohort of like-minded sim racers. These early days of our community are some of my fondest memories as everything was new and exciting. We ran race nights on Wednesdays and slowly but surely we built up a loyal community of racers some of whom have become our closest friends and supporters. We have come a long way together through the hard times and the good.

OverTake: You also offer custom simulator builds. What was the most unusual request from a customer?

Niall Maher:
There have been a lot to be honest, but two that probably stand out was making a replica of James Deane’s Euro Fighter for AutoSport which was a mind blowing experience. We had full access to his car and used his championship winning seat and steering wheel on the actual simulator. James said the simulator was the closest thing to driving his car, which was high praise indeed.

By far the most unusual simulator we have built was a Racing Tractor for a Ploughing Championship. A college in Ireland approached us to make a tractor simulator and model to race around Mondello for a trade show.

OverTake: With the global pandemic hitting in 2020, did you guys see any major changes? Did you notice an increase in demand?

Niall Maher:
The pandemic essentially closed down the Sim Centre in Mondello Park and we had to focus on the digital side of our business. We partnered with Motorsports Ireland to launch the Irish Digital Motorsports Championship (IDMC). This championship required the driver to have a digital license issued from Motorsports Ireland to participate. We also saw a massive increase in demand for our turn key simulators and we needed to grow our team.

During this time, we also joined the Digital Motor Sport Counsel and founded the European Digital Motorsports Cup (EDMC) which was hosted by Denmark in its inaugural event. Both the IDMC and EDMC events sold out in minutes while our demand for simulators also increased on the back of our reputation for quality and service. 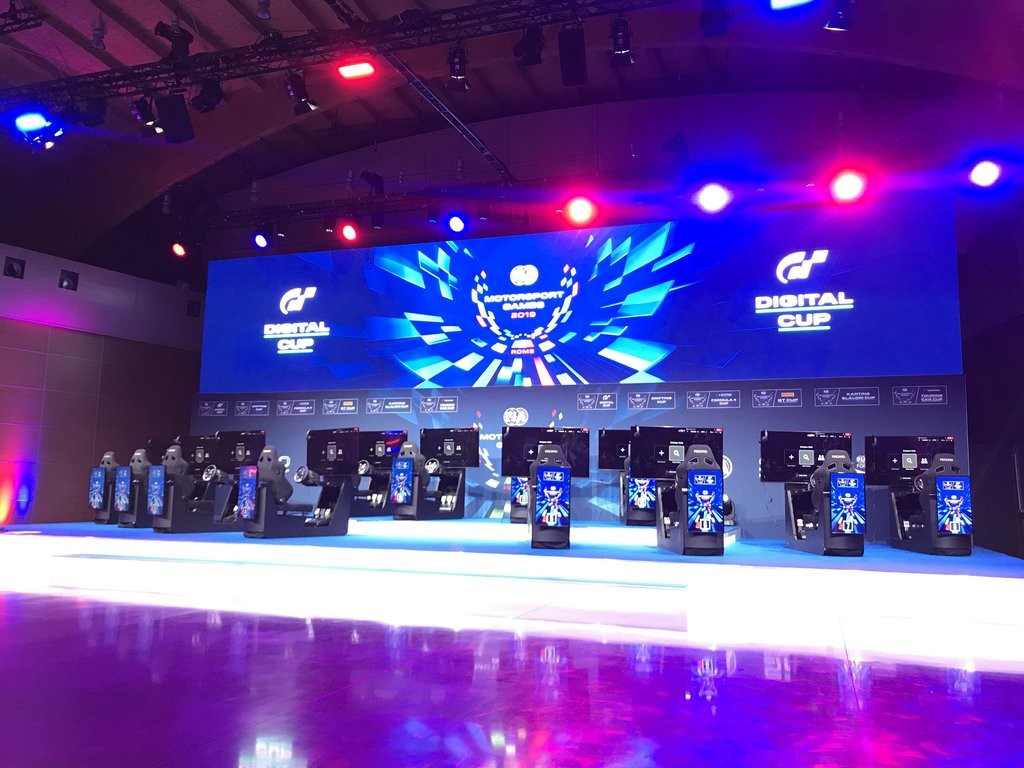 OverTake: Digital Motorsports has been purchased by ESE Entertainment. How does this affect your company? What can you do for ESE and vice versa?

Our ethos has always been based around a fun, fair and fast sim racing community for everyone. We truly believe in this as part of our vision and mission to create the most professional run racing online, with the best equipment possible at a price to meet all budgets. However, we also are firmly aligned to ESE in our beliefs that Esports and especially sim racing can make motorsports accessible for all ages, genders and abilities. So we are passionate about making this vision a reality.

OverTake: What will the future of the industry look like, especially in consideration of technological progress?

Niall Maher:
It is really an exciting time to get involved in online racing. The industry is maturing every day and has become more respected thanks to some big names drivers from motorsports, like Max Verstappen and Fernando Alonso getting involved and even setting up their own teams. However, I believe it is time for sim racing to come out from the shadow of real world motorsports and become a recognised racing discipline in itself.

I have genuinely seen some simulators that are better equipped and prepared than some race cars I have sat in. A new digital racer has emerged from the online gaming community and these drivers are every bit as valid on the grid as any other drivers in the so-called “real world” of motorsports. Of course, there will never be the same level of financial or personal risk in sim racing as the cars and tracks can instantly be reset and repaired at no cost, but the racing is very much real. So, the future is bright, and the future is online, in an age of diversity & inclusion, green energy, lower carbon emissions and safety, our sport ticks all of the boxes.

OverTake: Is there anything you would like to see added technologically to make simulators even more realistic?

Niall Maher:
Personally, I think direct drive steering wheels can break a thumb, and virtual reality plus motion simulators can really trick your brain to believe you are in a race car on a track. It truly is an amazing time to be alive and have this technology available in our living rooms. I guess access to stable broadband is still a challenge for some but with 5G rolling out hopefully this becomes a thing of the past very soon. We are currently developing hand controls and other aids to help less-abled drivers get involved in our racing. This is an important topic and one that needs support and investment from the sim racing community.

OverTake: Which kind of virtual racing do you enjoy the most?

Niall Maher:
The racing I enjoy the most is when people show each other respect on the track and race fair and hard. There is nothing worse than spending hours practising and qualifying only to have your race ruined on the first lap. Thankfully, we have really focused on making our racing in Digital Motorsports some of the most exciting and rewarding available to anyone. We would challenge anyone to sign up to our championship and try and get a podium. Everyone is welcome and our community is there to help and support newcomers too.

OverTake: What’s your personal goal for the company?

Niall Maher:
I am very proud and often humbled by the fact that I get to work with some of the most dedicated and inspirational people, some of whom I am lucky to call friends. My personal goal is to continue to keep pushing for a professional sport that is recognised as a motorsport discipline. I am constantly reminded of how far we have come from such humble beginnings and that once we stay true to our vision and values, we will achieve our goals.

What do you think about Digital Motorsports? Tell us on Twitter at @OverTake_gg or in the comments below!
Did you like this article? Please click thumb up or thumb down.


Submit
Tell us more
Tags: interview, hardware, gaming
By clicking on one of those buttons you are leaving OverTake.gg