The first round of the rFactor 2's Formula Pro series takes place tonight. Here's all you need to know about this new V10 open wheeler series.
Image credit: rFactor 2

After three immensely successful seasons of rFactor 2's GT Pro and GT Challenge series, we now have a single seater equivalent and it promises to deliver very close racing and showcase some of the best in the world of esports racing.

We previously reported on the car and competition structure, but now we know the 13 teams of two drivers each who will take on the inaugural Formula Pro series and compete for over $25,000 in prize money.

Who will be competing? 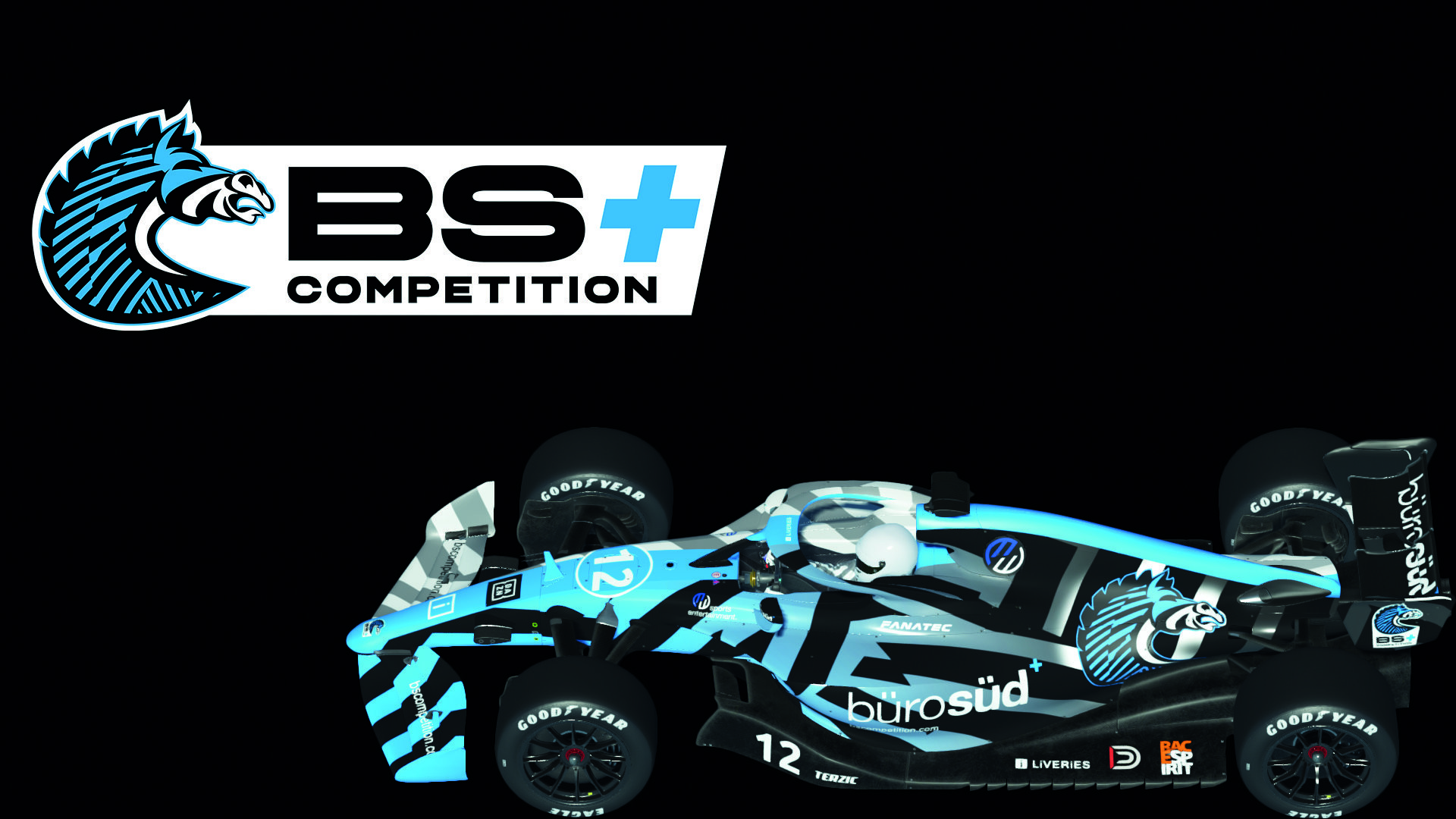 2017 Formula Sim Racing world champion Muhammed Patel and World eX racer Alen Terzic will be donning the iconic zebra livery for BS+COMPETITION. The Munich-based team will be gunning for glory in yet another virtual championship that they are making a habit of racking up. 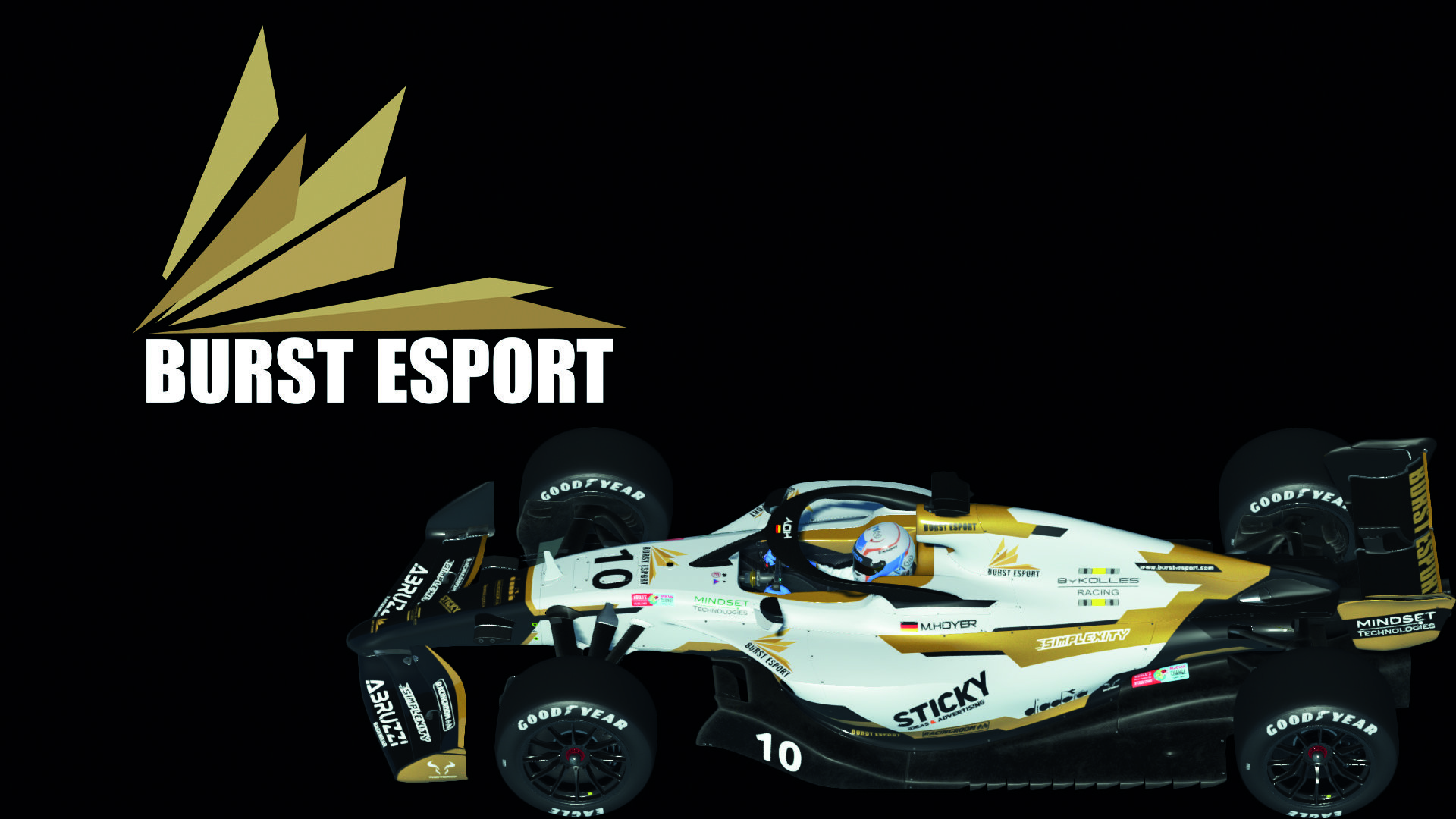 Burst Esport will compete with 2020 Formula Sim Racing world champion Jernej Simončič and GT Challenge season one champion Michi Hoyer. Both are incredibly proven quantities on rFactor 2 in a multitude of different championships, so Burst are certainly going to be in the running – don't discount them. 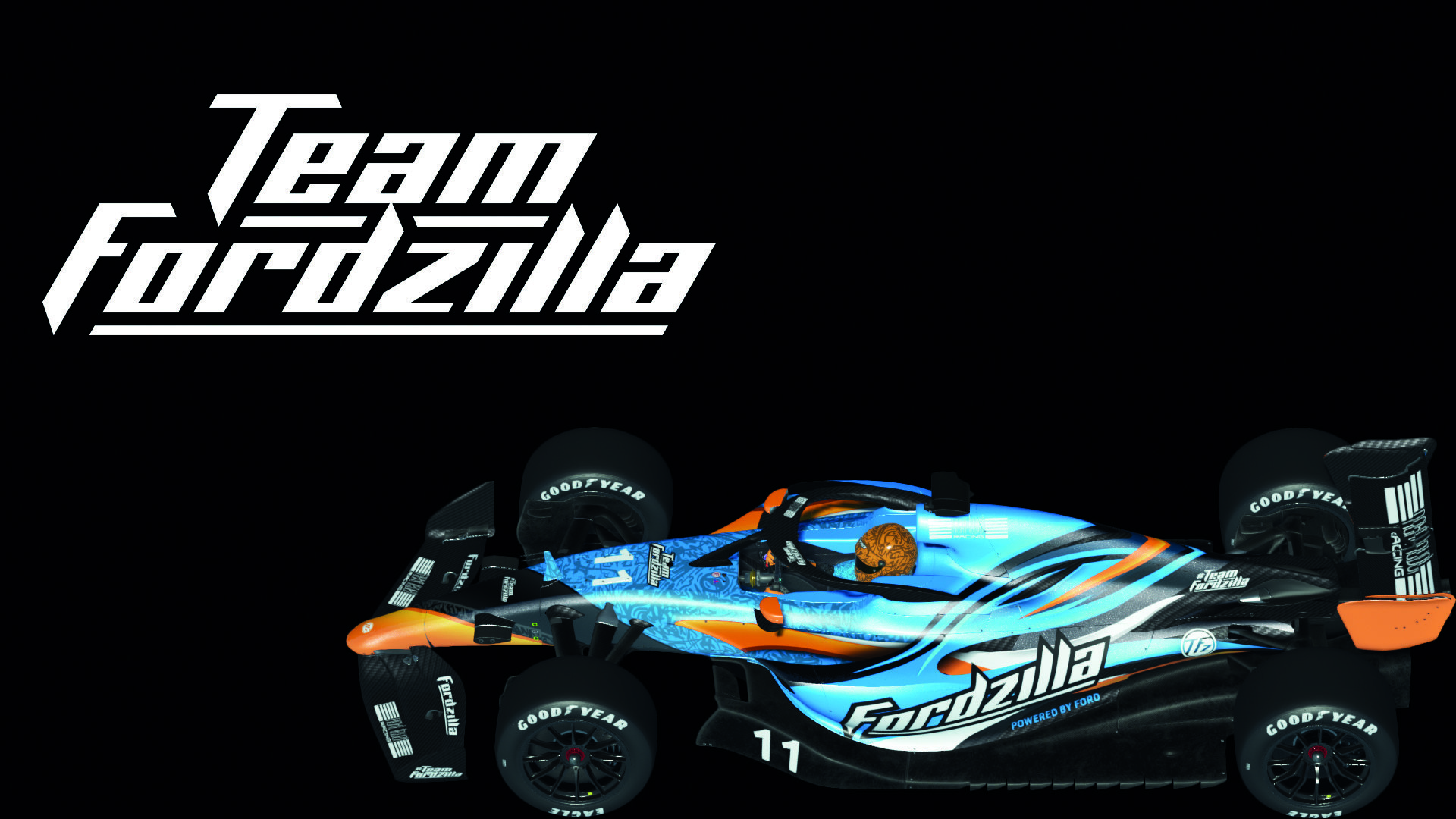 The official esports team of Ford will be looking to hit the ground running with experienced GT and touring car sim racers in the form of Nuno Pinto and Gianmarco Fiduci. Whilst Pinto is a seasoned rFactor 2 driver, Fiduci is more of a stable in Raceroom. No doubt of their ability though so Fordzilla are in great hands. 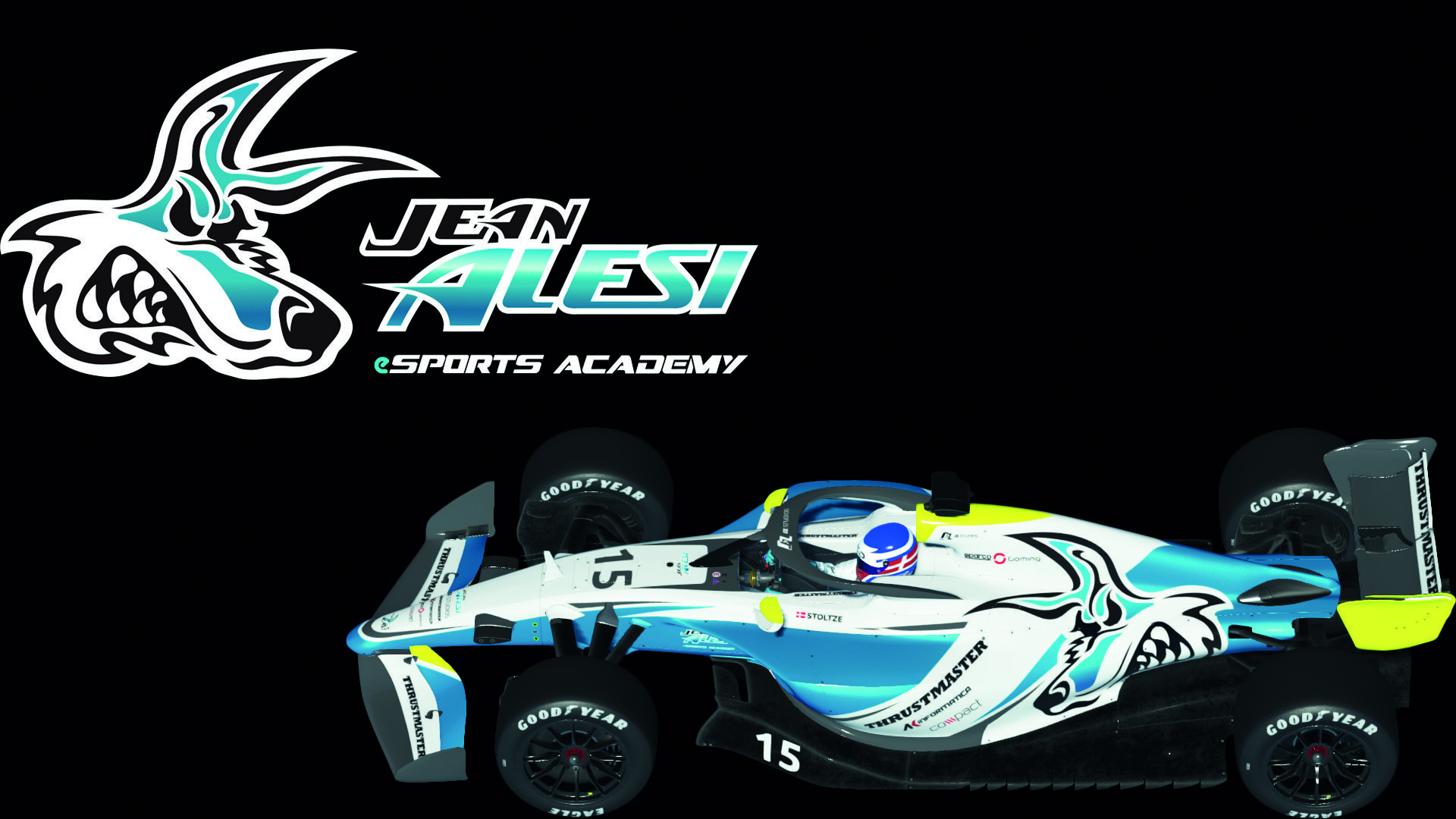 The esports team of Ferrari F1 Grand Prix winner Jean Alesi will be represented by Kasper Stolze - who took his first win in GT Pro last season - and also four-time rFactor 2 Le Mans winner Jordy Zwiers. A team that prides itself on harnessing esports talent, and will certainly be looking to do well amongst the plethora of top-level teams they will be competing with. 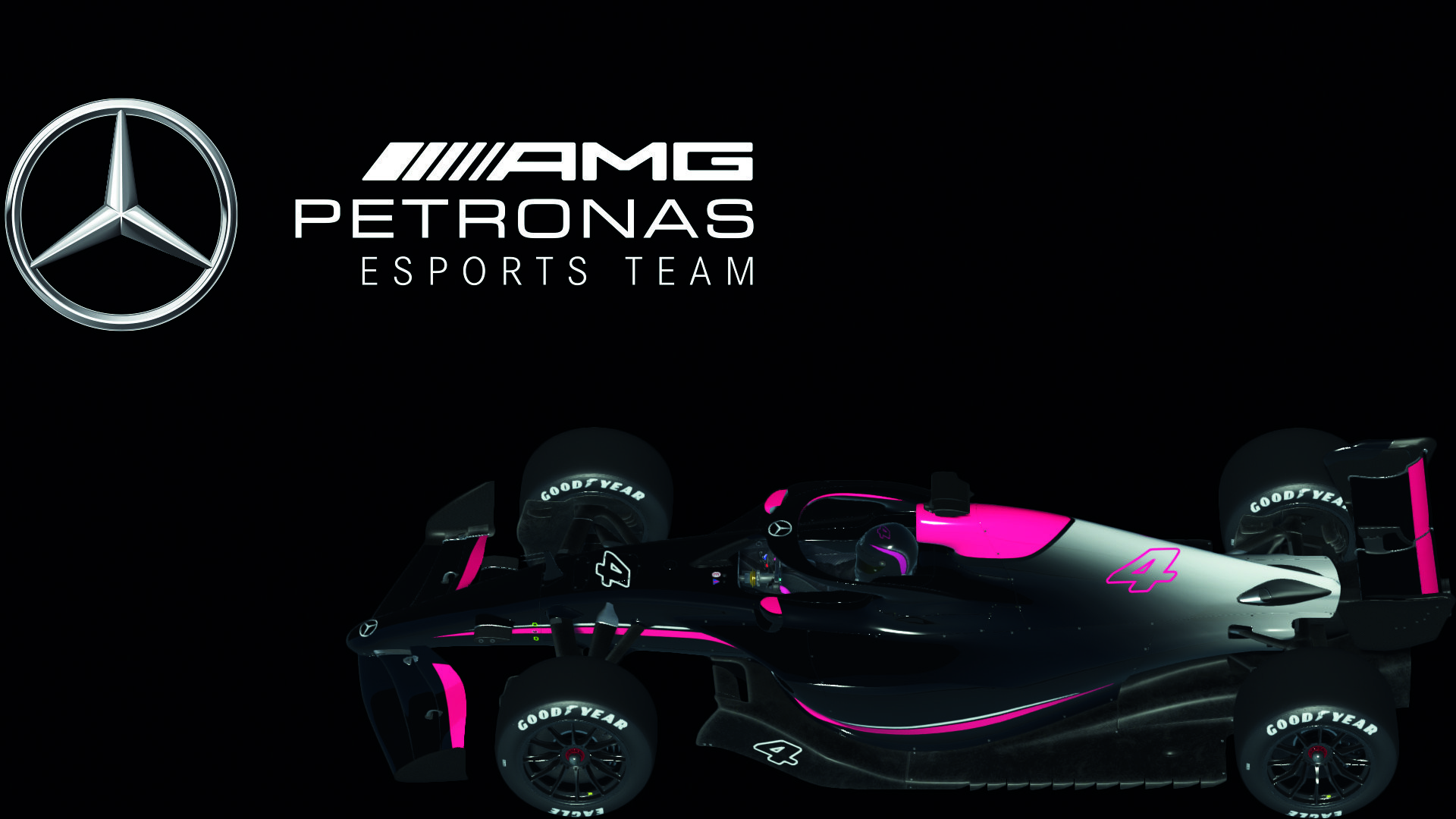 The esports division of the German manufacturer have enjoyed success in virtual racing, with a dominant F1 Esports campaign in 2018. They will have five-time Formula Sim Racing world champion and Vegas eRace winner Bono Huis, and Mahle Racing Team's ADAC GT Masters Esports racer Marko Pejic, who will be gunning for glory in these iconic black and silver arrows. 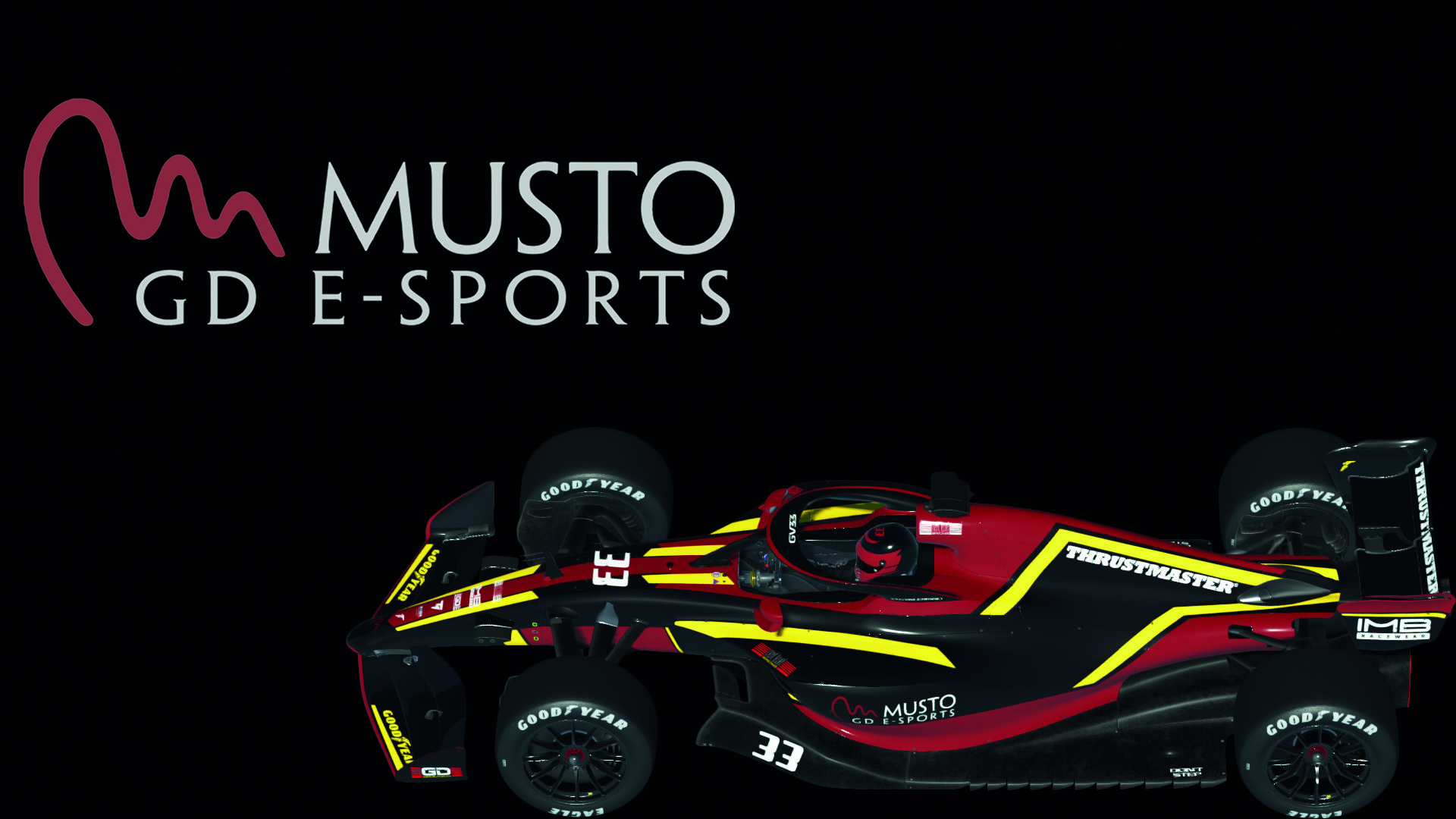 Musto have a list as long as your arm of achievements in virtual motorsport, and their drivers are no different. Manuel Biancollila raced for Toro Rosso/AlphaTauri in F1 Esports for 2019 and 2020 as well as for Yas Heat in season two of the V10 R-League, and he will be teamed with 2018 Formula Sim Racing champion Giordano Valeriano. Their success in powerful single seaters across many series and sim titles will make them strong bets to contend for the championship.

Romain Grosjean's esports team have enjoyed a meteoric rise in such little time, and have certainly put their best foot forward yet again with their two drivers. First is 2-time GT Pro champion and Formula E: Accelerate runner-up Erhan Jajovski, the Macedonian is one of the quickest drivers in rFactor 2. Alongside him will be World eX winner Risto Kappet, one of the most accomplished drivers in all of sim racing. 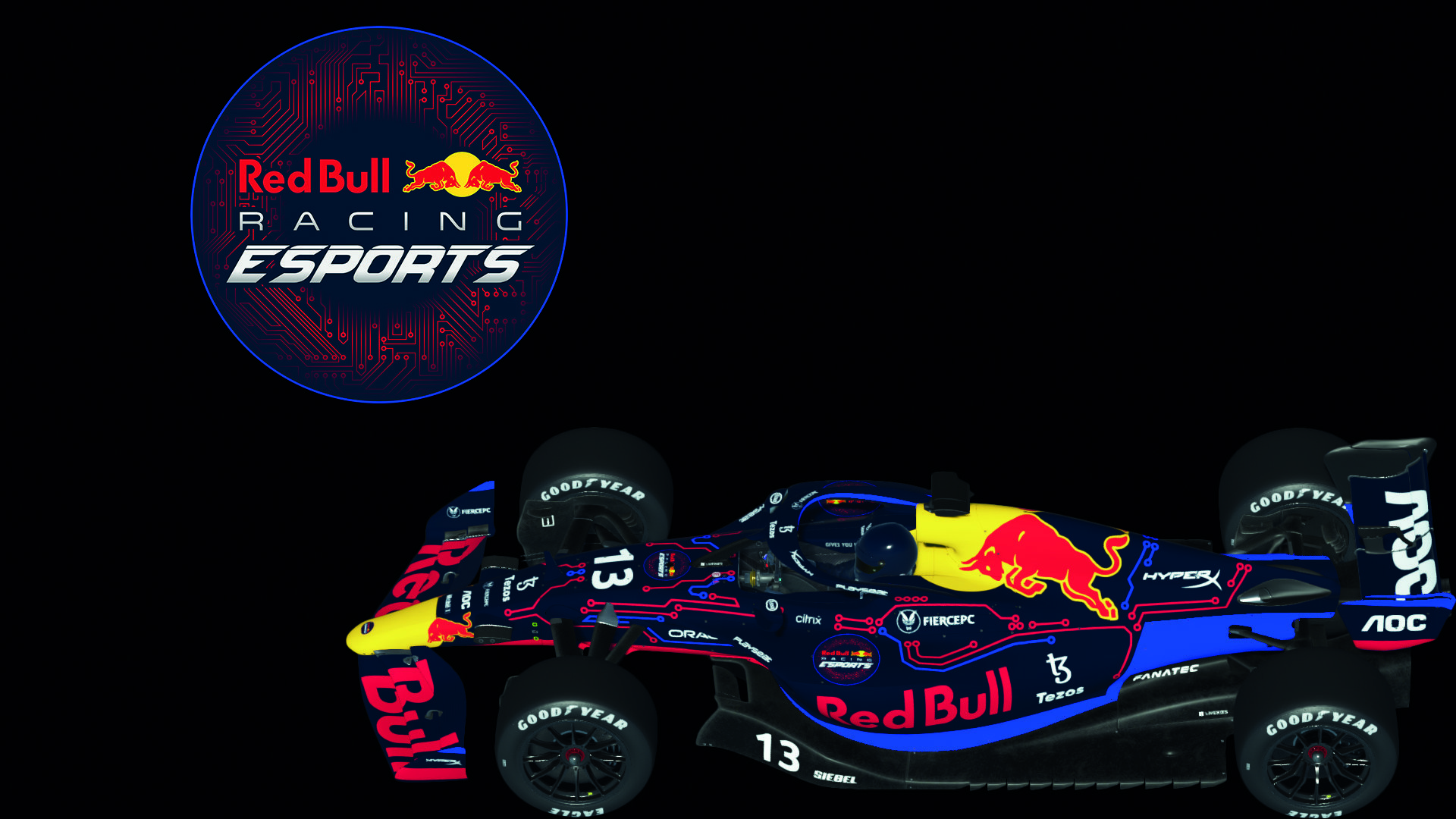 In GT Pro last season, Jordan and Siebel finished second and third respectively. They'll be undoubtedly looking to not only carry that form into Formula Pro, but also replicate what Max Verstappen has been doing thus far in real world F1 and toppling the powers that be. With successes in F1 Esports, V10 R-League, Porsche Esports SuperCup and Le Mans Esports Series, the next step on the raging bull's list will be this formidable championship.

RedLine have been the trailblazers of all of virtual racing over the years. They've enjoyed immense success in a multitude of championships and there's no reason why Formula Pro won't be any different. Kevin Siggy is an immensely versatile and very accomplished driver, he will no doubt be up at the sharp end. Same goes for his teammate Reitveld, both of whom have been part of teams that have won the V10 R-League so a V10-whaling open-wheeler will be a familiar feeling to them. 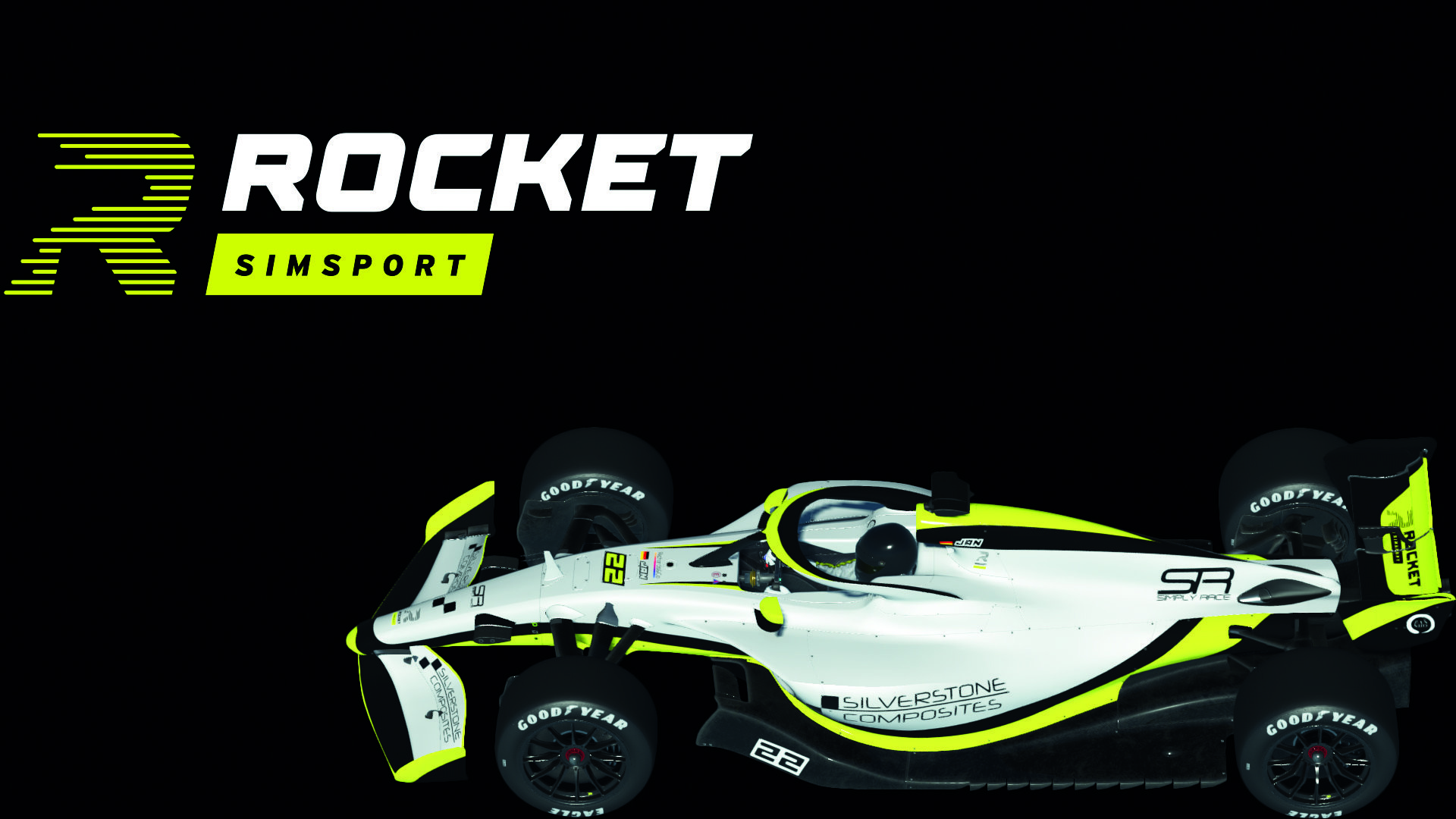 The esports team born out of Jenson Button's Rocket racing team, Rocket Simsport will house the reigning GT Pro champion Jan von der Heyde who took them to the title in their maiden season. Together with 2016 Formula Sim Racing third place finisher Daniel Kiss, they intend to carry that form into Formula Pro whilst donning the colours of Button's iconic 2009 championship winning Brawn F1 car.

After just missing out on the GT Challenge championships, Varga Sim Racing will have their two drivers Toman and Csincsik in GT Pro when the next season rolls around. Having had extensive experience racing in a multitude of championships on a variety of games, Varga will be amongst some of the most established names in esports and have every right to make an impact from the off. 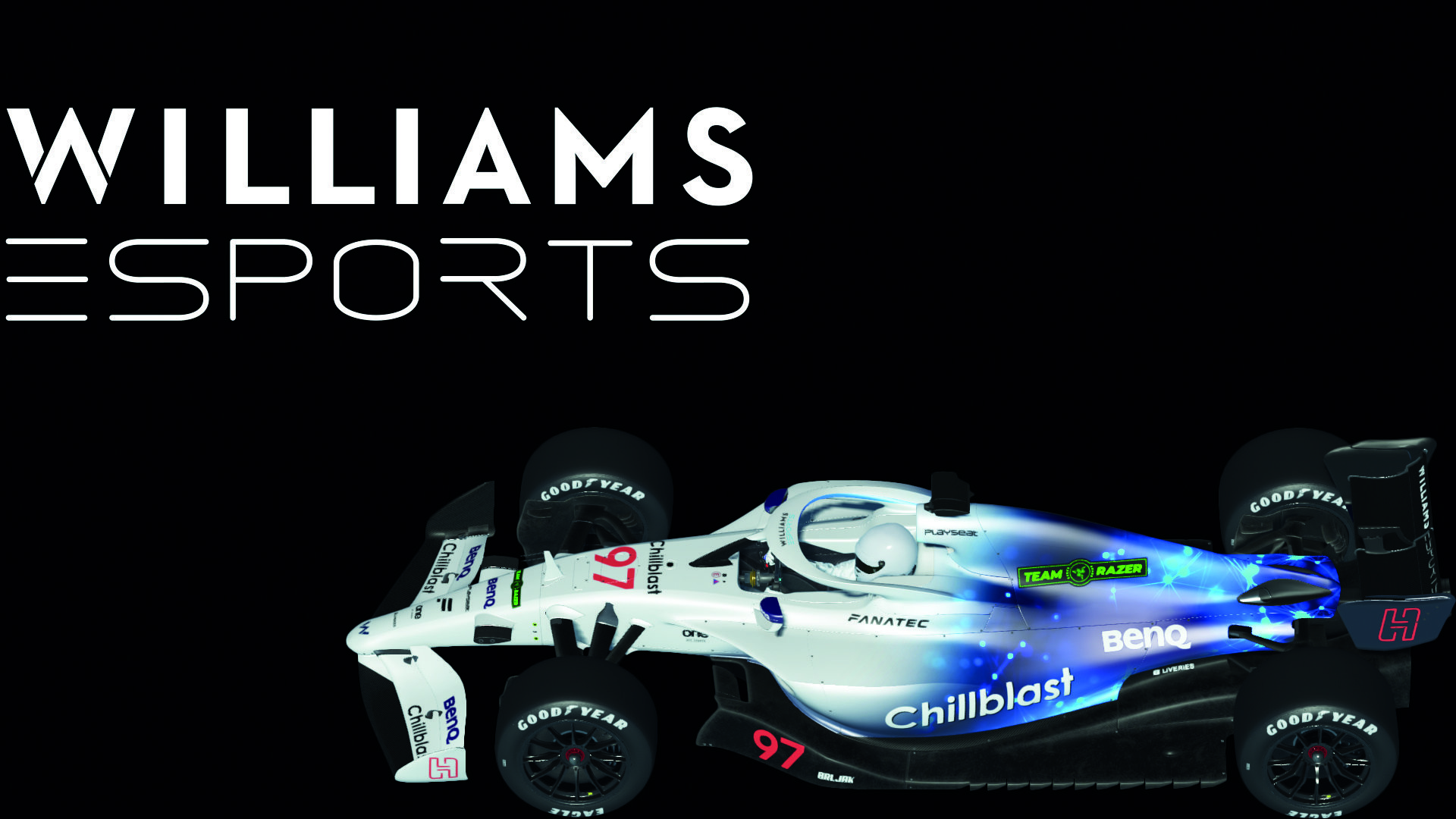 Like BS+COMPETITION, Williams' esports division like to enter as many championships as possible and Formula Pro is no exception. They have former Haas F1 Esports driver Martin Štefanko who assisted Williams to the runner-up spot in V10 R-League, and Petar Brljak who finished third in the Formula E Race At Home Challenge. The team has found immense success across all their many competing championships, and we have no reason to doubt they'll be running up at the sharp end in Formula Pro. 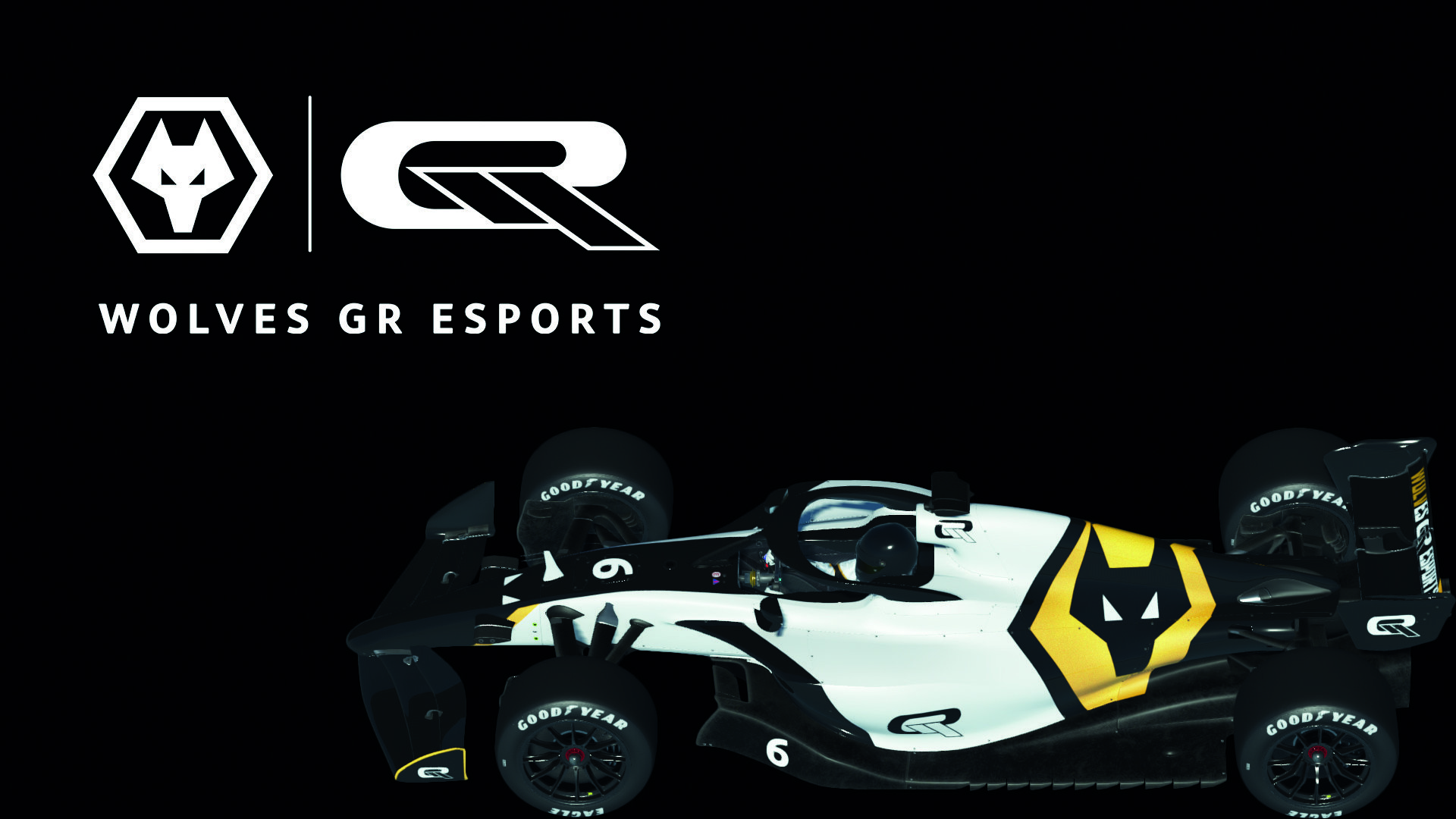 Last but not least, the most out-of-left-field addition to the series, Formula Pro sees the entry of the official esports team of the football club Wolverhampton Wanderers. After previously establishing their place in the esports world competing on the likes of FIFA and Rocket League, Wolves GR esports is their first foray into virtual racing. They'll be putting their faith in 2020 GPVWC Superleague and Superleague Lights champions Adam Maguire and Liam de Waal.

The Formula Pro events will have a 20-minute long qualifying followed by an hour-long race which will feature a formation lap, standing start and a mandatory tyre change. Here are the dates of each of the six rounds which will take place over 12 weeks.

Plus, if that somehow isn't enough, on the Friday after every event will be the Formula Challenge race. Unlike Formula Pro, this series isn't team-focussed and every driver competing will be out there for themselves, and you can watch the top split with the competitors vying for a place in one of the Formula Pro teams.

The Formula Pro race stream will start tonight at 7.30pm CEST so to watch, follow the official rFactor 2 Twitch channel or the Traxion.gg YouTube or Twitch channels to watch the incredible racing that will inevitably take place with some of the top drivers and teams in the virtual world.

Which team will you be supporting? Tell us on Twitter at @OverTake_gg or in the comments down below!
Did you like this article? Please click thumb up or thumb down.


Submit
Tell us more
Tags: rfactor 2, preview, competitive
By clicking on one of those buttons you are leaving OverTake.gg