For all you fans of tuners and street racers, today is a good day as you can go play GTA Online and take advantage of the new content that comes with the new update: Los Santos Tuners.

The update brings a bunch of new cars that look they belong in a Fast & Furious film. It allows you to compete in street races and meet up to flex your new rides in social car meets. You can even link up with some contacts to make some money.

Featuring the LS Car Meet, where you can race, show off customized vehicles, and link up with contacts looking for skilled drivers and a chance at easy money.https://t.co/jXJPVow1he pic.twitter.com/AX5Cc6btfu

Los Santos Tuners will feature a selection of ten vehicles launching today, with seven more releasing over the coming weeks. They're all based on real-world cars such as the Mazda RX-7, the new Toyota Supra and a late 60's Ford Mustang.

Take your cars to the LS Car Meet, a graffitied warehouse on the sideskirts of town and show them off to your fellow like-minded speedhunters away from the wrath of all those griefers on their flying bikes. You can test your new rides on the underground test track where you can drive, drift, and race vehicles free from the interference of pedestrians and the law. There's even the option to sample new rides from a rotating selection of vehicles. 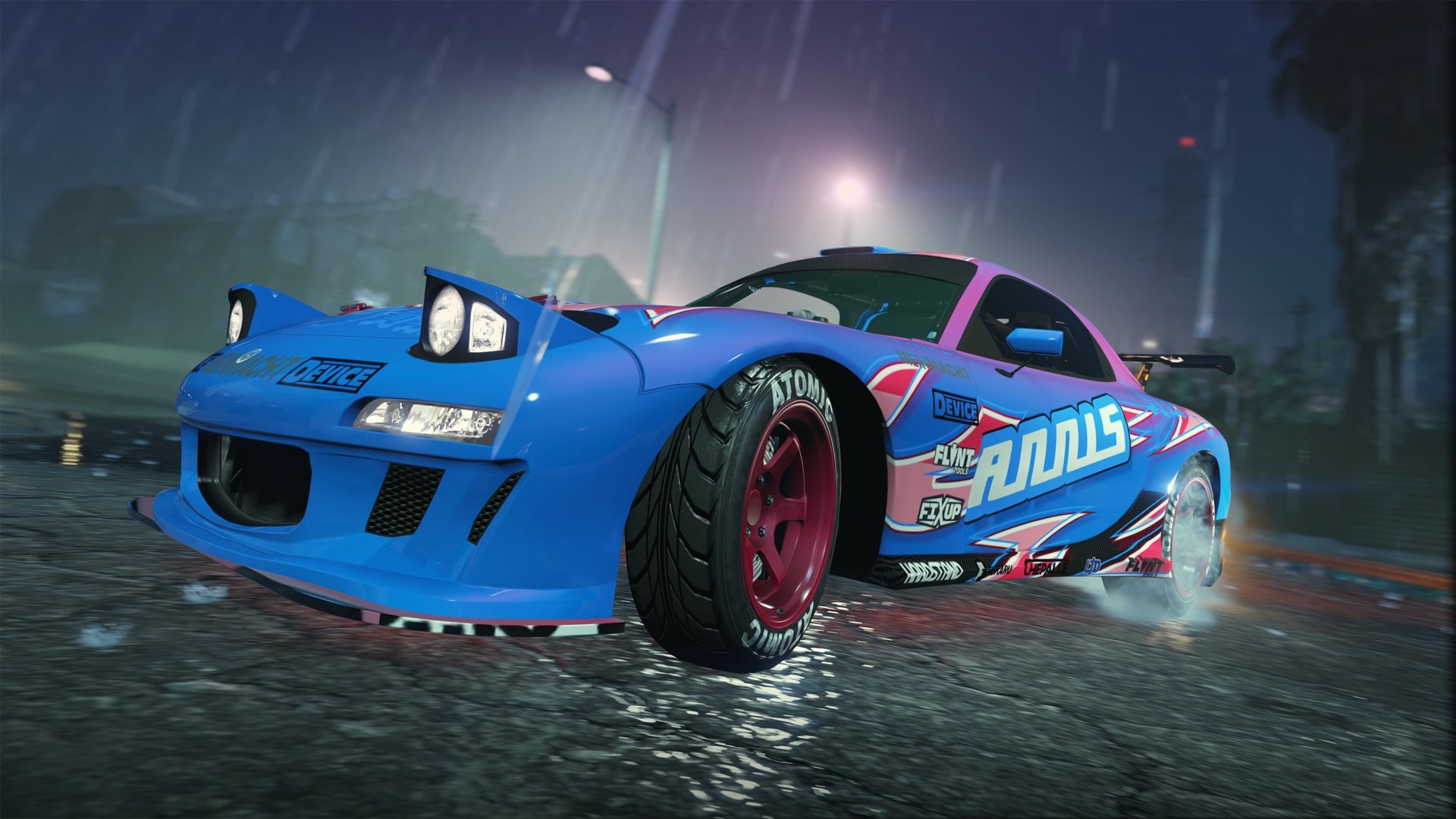 The Annis ZR350 is based on the popular Mazda RX-7. Photo credit: Rockstar Games

Rip it up on the streets

A whole host of possibilities are available, including friendly head-to-heads, scramble races, time trials around the test track, or you can partake in street races and pursuits. Street races are self-explanatory – bruising competition on creative tracks built on the streets of some of Los Santos’ most scenic neighbourhoods, complete with shortcuts that are as much about risk as they are reward.

Pursuit on the other hand offers drivers a more open-ended experience, with checkpoints placed sparsely throughout the map to encourage creative routes — after all, you’ll be competing against your fellow racers, as well as having LSPD’s finest hot on your heels. Then there are Sprint races, which are a point-to-point from the LS Car Meet warehouse to a multitude of locations where you go up against three other drivers. 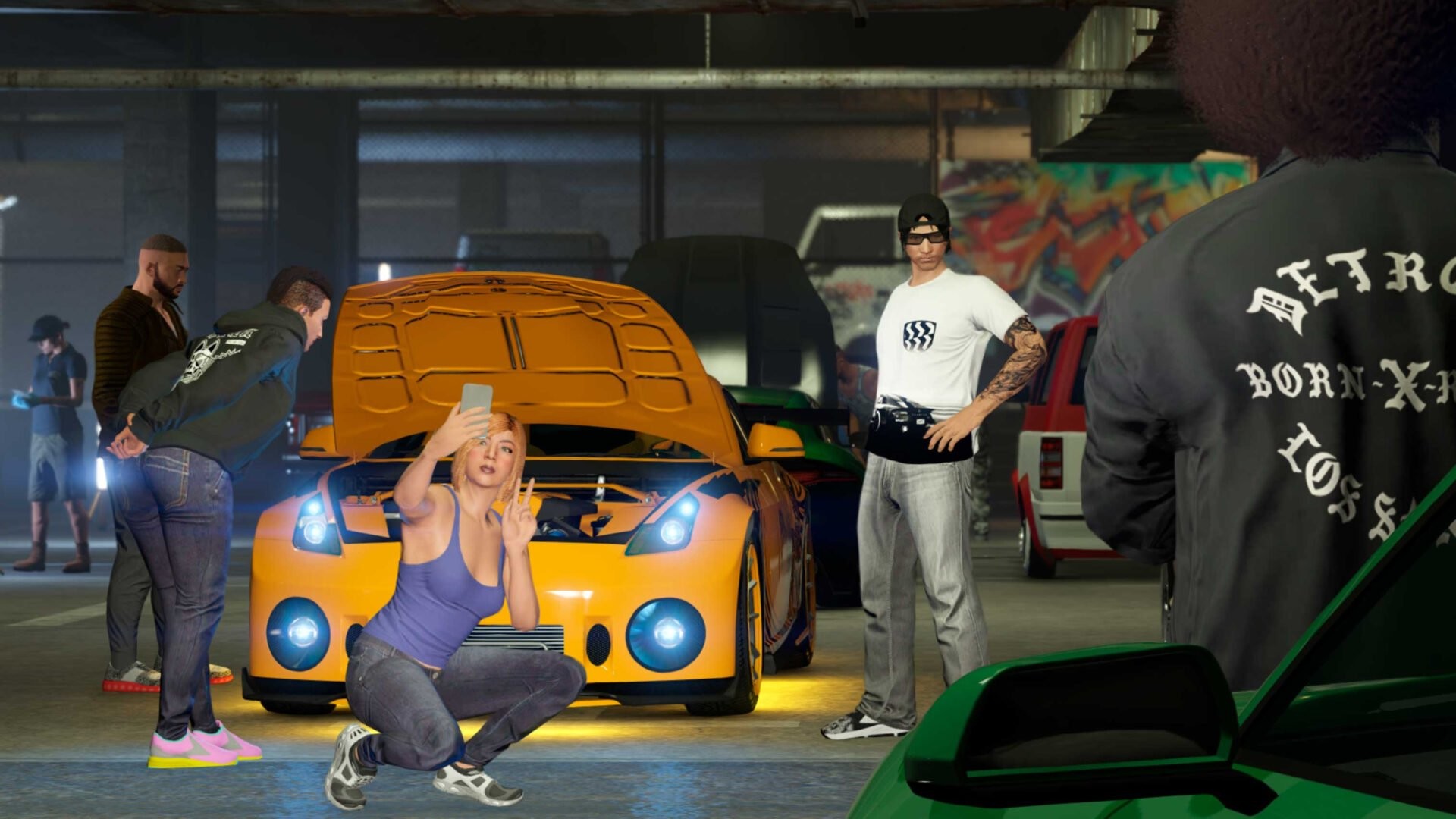 You can race on the streets of Los Santos or you can show off your ride in the LS Car Meet. Photo credit: Rockstar Games

Which cars are best?

After every update, GTA players will inevitably wonder which cars are the quickest and what they should use if they want to win races. Well, there's someone who is able to answer those questions for you.

Enter a YouTuber by the name of Broughy1322, whose work on GTA since 2013 has single-handedly saved players millions by providing a test of every single vehicle in the game in terms of top speed and lap time. He also provides tips for GTA racing, so we suggest you check out his YouTube channel to find out what vehicles from this update are the fastest and make an informed purchase.

Will you be going on GTA Online to check out Los Santos Tuners? Tell us on Twitter at @OverTake_gg or in the comments down below!
Did you like this article? Please click thumb up or thumb down.


Submit
Tell us more
Tags: patch, preview, gaming
By clicking on one of those buttons you are leaving OverTake.gg