Weighing up the weekly income, bonus payment and bonus goals for My Team secondary sponsors in F1 2021 isn't always easy. Here are the seven best options for you in your My Team save.
Photo credit: Codemasters / EA

One of the most interesting and unique aspects of the My Team mode in F1 2021 is the ability to sign contracts with sponsors for your Formula 1 team. The main factors to consider when doing so include the weekly payment the sponsor will offer you and the size and goal for the bonus payment. Of course, if you’re aesthetically minded, you’ll also want your sponsors to look good on the side of your car as well. With all these factors taken into account, here are the seven best sponsors for the first couple of seasons in My Team. 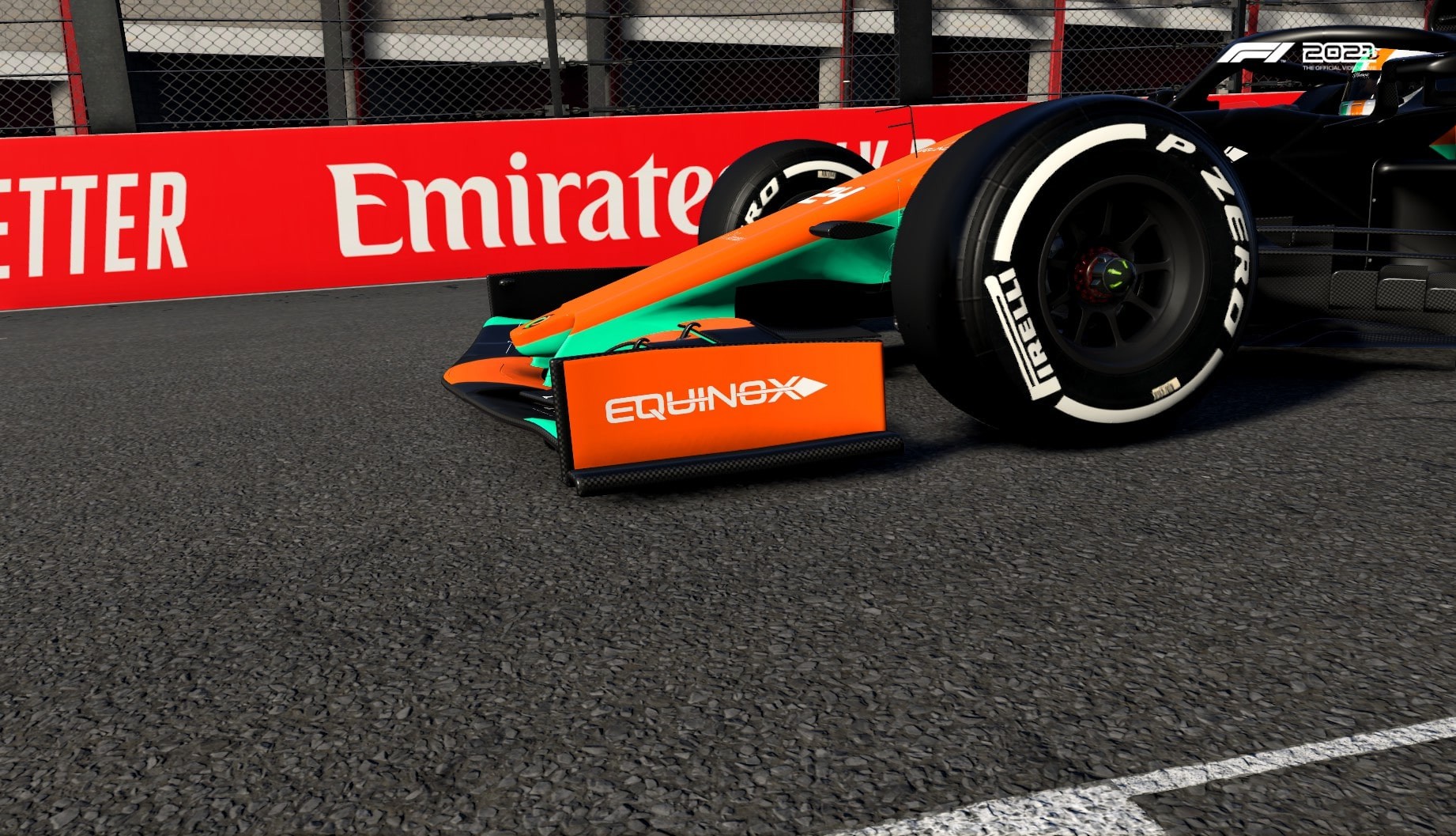 Coming in at number seven on this list is Equinox. This sponsor is more or less “just ok”. An acceptable weekly income is combined with a decent-to-good bonus size. The bad news is that the bonus is attached to a goal which might be rather difficult for the first half of your first season – scoring one championship point during a race weekend. While this only requires a single tenth place finish for either you or your teammate, you’ll have to outperform your car to manage that, at least at the start of the season. As for logo design, Equinox is fairly nice, but there are better ones out there.

Speaking of better, Lupo Industries is just a better version of Equinox. You know the meme with Daniel and The Cooler Daniel? It's like that, but less funny. Lupo beats Equinox in both weekly payment and bonus size, though not by a huge amount. The bonus goal is the exact same task, however worded differently. Instead of scoring at least one point, you must finish at least tenth. Lupo even beats Equinox in the style department, the logo is a polygonal wolf’s head which would look pretty sharp on your My Team car.

Looking sharp? More like, looking SHARK! Sorry. Fifth place on our list goes to Shark, which boasts both a good weekly income and a similarly good bonus size. The bonus itself is manageable if you’re punching above what your car should be capable of, as it requires you to outscore the team above you in the car performance graph. This goal is harder to guarantee than some others, as it relies on whichever team sits above you not having an excellent race. For this reason, Shark isn’t any higher than fifth on this list.

Next up in fourth position is Salve. The good weekly income and decent bonus size are fairly nice. The bonus goal isn't totally easy, but it is more or less within the player’s control to determine success in this goal. Therefore, it should be a simple decision for whether you feel able to regularly manage to achieve the bonus or not. Unfortunately, Salve is significantly let down by the way the sponsor sticker looks on the car – it just doesn’t look right. 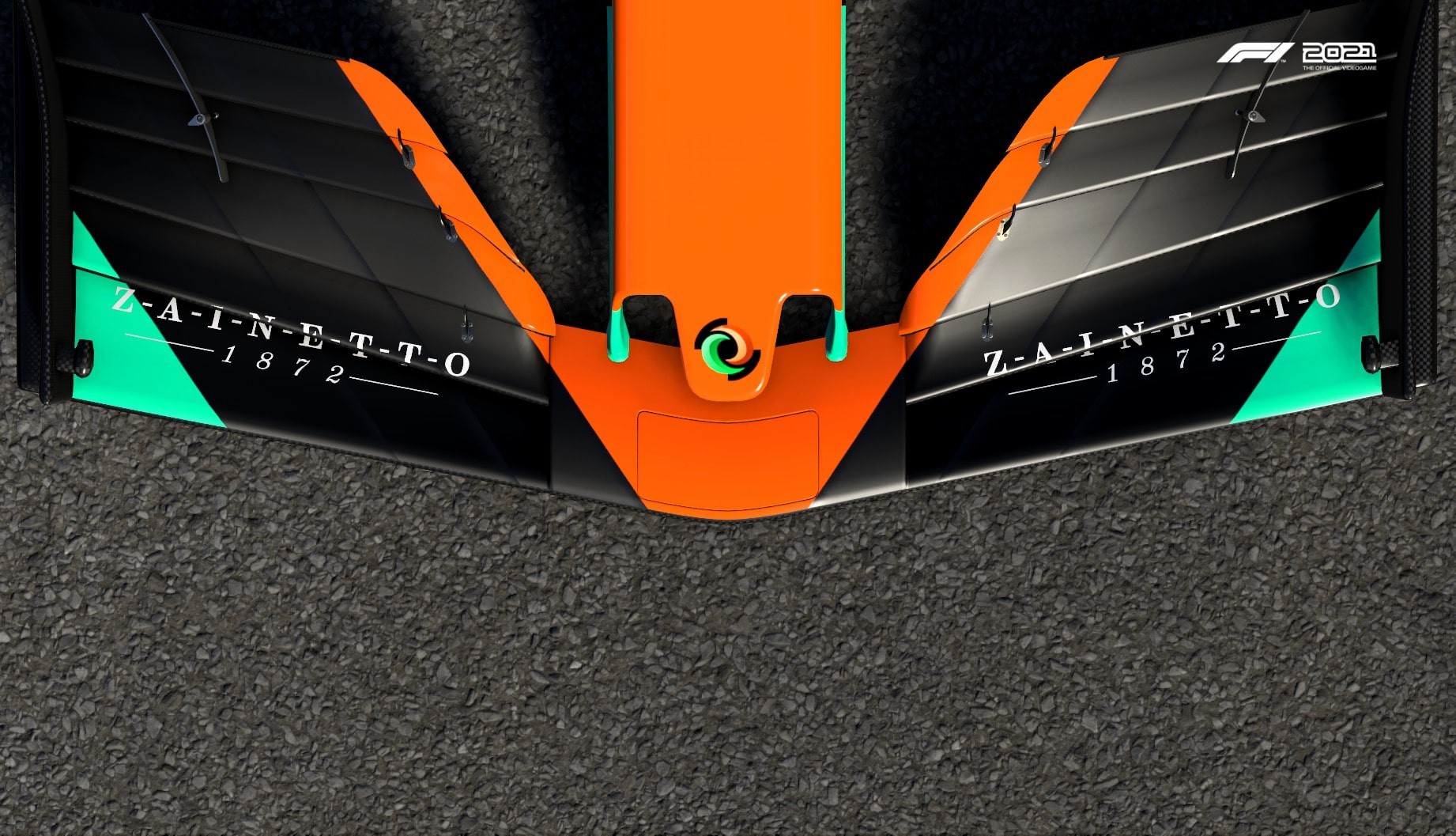 This is the classiest front wing of all time, thanks to Zainetto. Photo credit: Codemasters / EA

Before we get into the monetary details here, it’s important to note that Zainetto is probably the best looking sponsor in the game. The logo oozes class, as do the name and the nineteenth-century foundation date that is also displayed. The payments aren’t earth-shatteringly high, but they are decent enough. What’s more, the bonus goal is just to answer two questions at each race weekend, which you would be doing anyway without any effort. Thanks Zainetto!

Down to the final two now and it’s Euterpe that takes the silver medal. This sponsor is a fantastic choice for your first secondary sponsor in My Team, as it boasts the highest weekly payment of all sponsors available at the start of your save. The bonus payout isn’t too shabby either, though the bonus goal isn’t a guarantee. However, at the start of a new save the weekly payment is the more important thing. The logo isn’t anything special, but it’s simple and inoffensive, so it can blend into the background easily enough. 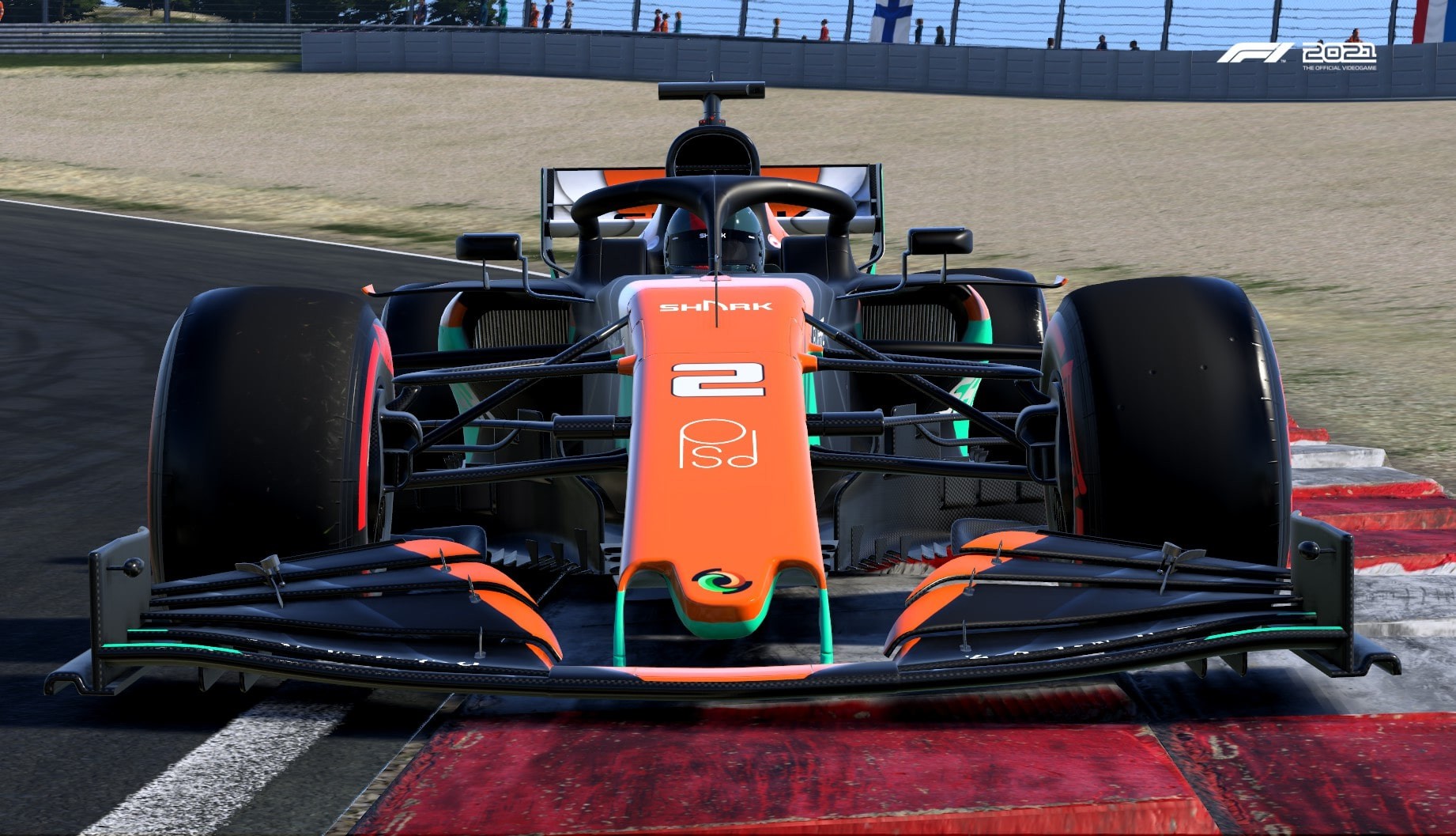 Sadly, the PSD logo doesn't get any better looking than this. Photo credit: Codemasters / EA

Taking the much-coveted number one spot on our list of My Team secondary sponsors in F1 2021 is PSD. Now, you may be thinking “but PSD has a really awkward logo that doesn’t look good anywhere on the car”! And you would be right, but the financials are, regrettably, too good to pass up. High weekly and bonus payments make this an irresistible option. The bonus goal, to be asked four interview questions, should be attainable at most race weekends without any difficulty as well. The only downside is the logo, and even that you can get around by putting it on the nose of your car where it fits a little better than elsewhere.

Which is your favourite My Team sponsor in F1 2021? Tell us on Twitter at @OverTake_gg or in the comments below!
Did you like this article? Please click thumb up or thumb down.


Submit
Tell us more
Tags: codemasters, formula 1
By clicking on one of those buttons you are leaving OverTake.gg