How to Claim Victory in GTA Online Open Wheel Races

Tutorials
Reading time: 5 minutes
GTA Online races are typically not complicated. But there's a lot you will need to know about open wheel cars and the races, so we put together this guide to help you win!
Image credit: Rockstar Games

Back in February 2020, when the first open wheel car was added into GTA Online, it came with a whole new batch of races. Since then, the open wheel category continued to expand and it has become a reason for motorsport fans to check back into this game which is already nearly eight years old.

So imagine next time you go on with your friends to race the open wheel cars, you have some knowledge that they don't have. You absolutely obliterate them, you're so far up the road thanks to the information we will provide you here that will give you the upper hand. Wouldn't that be nice?

Choosing the right car and mods

There are currently four open wheel cars in GTA, the cheapest of which is the Declasse DR1 at $2,997,000. Do keep in mind, this is before you even make upgrades. However if you're wanting to win, it is not the DR1 you will be needing, instead it will be the Benefactor BR8 which will set you back $3,400,000 before you modify it. 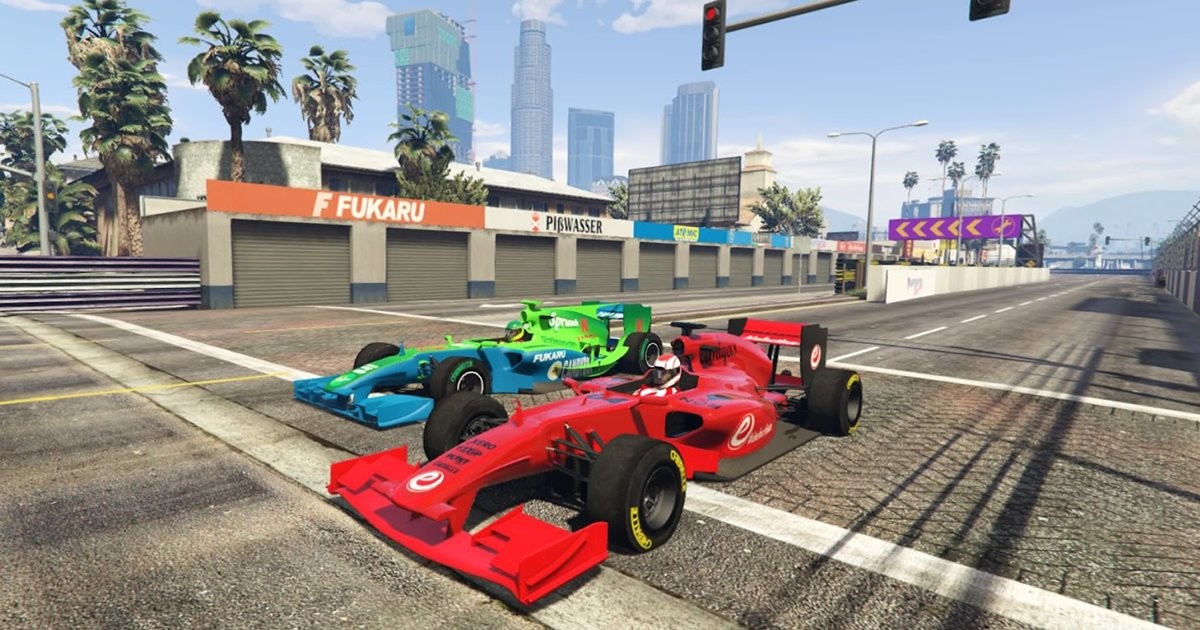 Take to the Los Santos streets in the Benefactor BR8 if you want the best chances of winning. Image credit: Rockstar Games

When you do upgrade your new car, it isn't a simple affair. It's not like the majority of other cars where you get the best engine mods, brakes, add a turbo etc. While these parts are still important with the open wheel cars, there's one big difference that sets them apart from any conventional car in GTA.

However for the open wheel cars, each front and rear wing option gives varying levels of downforce which not only impact how you take corners but also - unique to these cars - have an impact on top speed. To learn more, watch this guide to all four Open Wheel cars by the GTA Stig himself, Broughy1322.

So now you know what the effect of each individual wing's downforce value is. You can make a decision based on that, although it's probably a safe bet to follow Broughy's advice and equip your car with the middle-ground downforce wings so you can take the corners as quick as you can without sacrificing all that advantage when you get to even the tiniest straight pieces of road.

After booting up a race and even before getting in, you will have to select a tyre compound. You can choose between Soft, Medium and Hard. As is the case in real life motorsport, the softer the tyre, the grippier it'll be, but they will also wear out faster.

When in the race, you will have a tyre graphic in the bottom left and you can see how much the tyres are wearing. When they start going yellow, they're getting close to being used up and you'll start to lose traction in some corners. When it happens will always be track dependent, but if you keep going for too long, the tyres will eventually burst and that's when you'll need to pit. 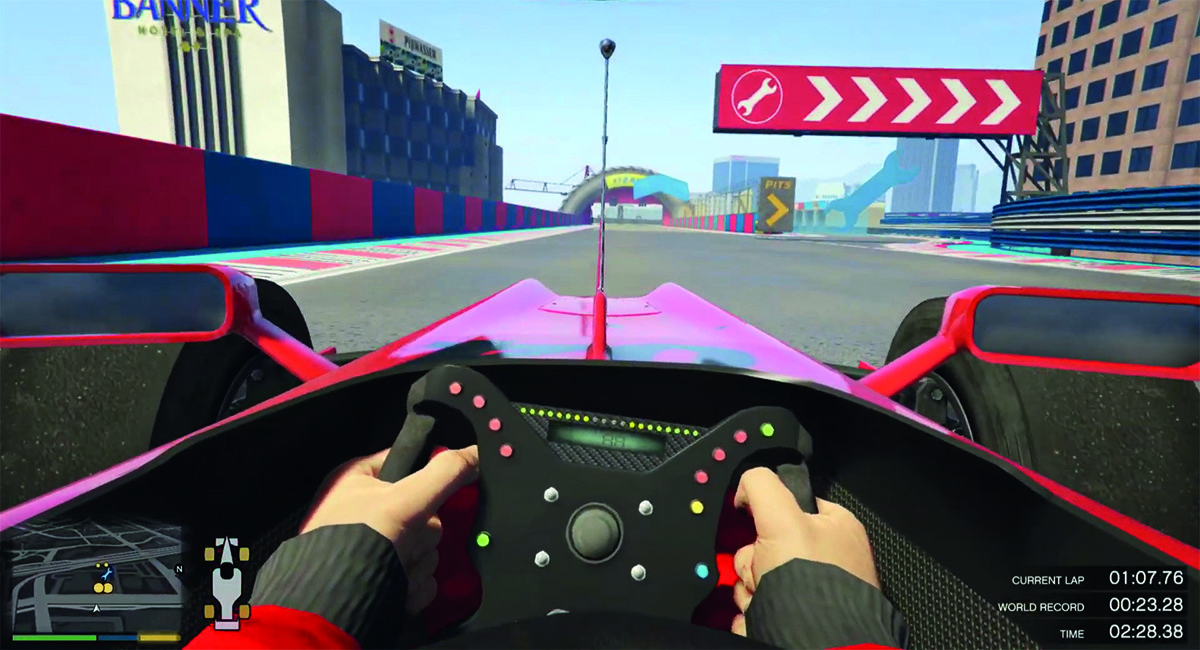 You have a lot to things to consider to get as good a result as possible. Image credit: Rockstar Games

Pitting for tyres and repairs

When you pull into the pit area your car will slow down, but you must come to a complete stop for your tyres to be reset. You can also take the opportunity to change the tyres you are using. By hitting the button displayed in the top left you can scroll through the three options and apply the one you want to use.

The pits can also come in handy when you've knocked off your front or rear wing, as doing so will impact performance. With how hectic Open Wheel races can get even in the cleanest lobbies, you may be visiting the pits rather frequently so our advice is to start on softs and see if you need to pit early because of a crash. Even if you're out in front on your own, the way these cars turn is like nothing compared to what you'd be used to on GTA so you could inadvertendly turn into a barrier.

Starting on lap two, you'll be able to use the KERS system that you can find in all of the Open Wheel cars (yes, even the early 80s Lotus and late 80s McLaren). The boost is indicated with a yellow bar next to your character's health in the bottom left, and like KERS systems in real life it will recharge when you brake.

We suggest you mostly use KERS when coming out of slow corners to immediately get back up to speed. Be mindful of how much you use as these cars can certainly take the majority of corners without needing to brake or even lift off the throttle, so don't use it all up and leave yourself with nothing left for when it really counts!

Will you be spraying champagne after your races in the Open Wheel class? Image credit: Rockstar Games

You are now ready to tackle the Open Wheel races in GTA. You can be one step ahead of the competition, and know exactly which tyres to use, when to pit, what wings to apply and how best to use the KERS.

Take to the streets of San Andreas and have your own Grand Prix, and if you manage to avoid the inevitable chaos that will more often than not ensue, then you'll be winning Open Wheel races in no time at all!

How are your Open Wheel races in GTA going now? Tell us on Twitter at @OverTake_gg or in the comments down below!
Did you like this article? Please click thumb up or thumb down.


Submit
Tell us more
Tags: tutorial, gaming
By clicking on one of those buttons you are leaving OverTake.gg