iRacing Down Under: New tracks announced during Eseries return

Aussie Supercars drivers returned to virtual racing on Wednesday and with it the announcement of two new iconic tracks coming to iRacing.
Image credit: Emily Jones

After a hugely successful 2020 with both the pro and all star drivers, the Supercars Eseries returned on Wednesday on iRacing, racing at the Austrian Grand Prix circuit for the pro esports racers and the Coca Cola 600 circuit for the real-world all stars.

The 2020 edition of the All Star Eseries - which took place during the worldwide motorsport shutdown - saw the Australian Supercars Championship host an incredible set of races with the very best drivers in the real world of Aussie Supers.

They even had wildcard entries from the likes of IndyCar's Will Power and F1's Max Verstappen and Lando Norris. At the end of the season, it was 2016 Supercars champion and frequent sim racer Shane Van Gisbergen who won the championship.

For the next five weeks, you can enjoy the 2021 season's races after an action-packed opener for both the esports racers and the real-world drivers.

In the Pro Eseries race for the esports drivers, it was 2020 reigning champion Dayne Warren of Walkinshaw Andretti United who led his brother Ethan of Tickford Racing home by 3.9 seconds for a rather straightforward victory.

Dayne Warren won the 2020 Pro Eseries over his then-teammate, the immensely highly-rated Joshua K Rogers. However, the two-time Porsche TAG Heuer Esports Supercup champion isn't taking part in the series this year as he already has a very stacked schedule.

The Warren brothers were joined on the podium by Jake Burton, who muscled his way past his Brad Jones Racing teammate Jackson Souslin Harlow on the last lap after going rather long on his first stint.

Stage 2 of the @supercars eseries draft tonight. Pretty happy with my speed recently, P3 in stage 1. Let's see if it all goes bad tonight 🤗 pic.twitter.com/GRF6xK5MGQ

Also in this race was the ever-popular Emily Jones who ran as high as third before pitting and eventually just fell short of a top ten finish. The Porsche Esports All-Stars champion and McLaren Shadow racer had been in the three draft races last week and was in fact the first pick after scoring the most points.

In the All Star Eseries race, there were drivers from the paddocks of both Supercars and Super2, though unfortunately no Shane van Gisbergen there to try for a title defense. However we had two very big names to make up for it.

One of those names being former Porsche Carrera Cup GB driver Sam Brabham, who is the British-born grandson of the three-time F1 world champion Sir Jack Brabham. He lined up in a dark green and golden Mustang, which paid homage to his family's team that took his grandfather to his last of three championships, through which he became the only owner-driver to ever do so.

But even someone with a surname as synonymous with Aussie motorsport as Brabham wasn't the biggest name taking part. That honour went to Alpine F1 junior Oscar Piastri, the incredibly highly rated Aussie youngster who is the reigning Formula 3 champion and current Formula 2 championship leader, and seems destined for an F1 seat in the not too distant future.

Yes, @OscarPiastri is IN for Round 1 of the Cash Converters Supercars Eseries tonight!

They would be tackling Charlotte Motor Speedway's oval, the combination of Aussie Supers on a superspeedway proved very popular in the Eseries last year and for good reason. The close quarters racing proved tricky for the drivers as there were plenty of collisions, the race being made even more hectic when the tactical competition caution was called, which saw a Ford GT Le Mans car being used as the safety car.

In the end, it was Richie Stanaway who took the win after benefitting from a last-lap clash which saw leader Anthoine de Pasquale tangle with lapped traffic. The New Zealander - who will return to the Supercars championship as a wildcard with Erebus in the season-ending Bathurst 1000 - finished ahead of Matthew Payne, Cam Waters and in fourth place was Oscar Piastri.

If the Pro and All Star Eseries races have put you in the mood to drive some Supers around some of Australia's best circuits on iRacing, then you are in for a treat.

During the broadcast, it was announced that iconic Australian motorsport venues Sandown Raceway and Winton Motor Raceway will be making their virtual debut in the coming months on the iRacing platform. They will join Mount Panorama, Phillip Island and Oran Park. 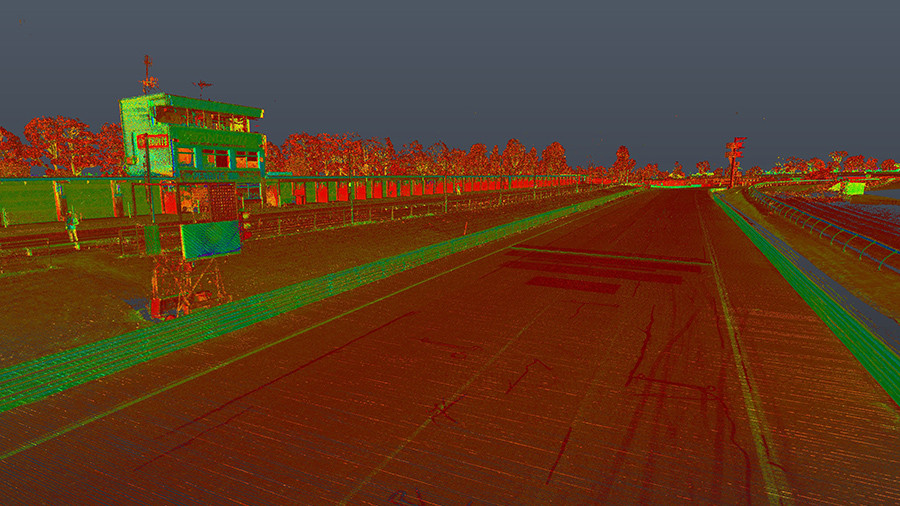 Winton is the host of the SuperSprint and it also first hosted a round of the Australian Supercars championship back in 1985, whereas Sandown used to be a mainstay in the enduro leg of the calendar. It acted often as a precursor to the Bathurst 1000 with a combined distance of 500 kilometres in length, and last hosted a Supercars event in 2019.

Rest of the season

The real-world drivers are currently on a bit of a break from the Supercars Championship, having last raced in Townsville in late July and they won't go racing again until Winton in early October. Thankfully they have the All Star Eseries to compete in to remain sharp, and you will have these races plus the Pro Eseries races to enjoy every Wednesday morning until then.

Here are the remaining races that will take place for both the esports racers in the Pro Eseries and the real world drivers in the All Star Eseries.

You may have noticed a few noteworthy elements in the schedule. Firstly, the Pro Eseries drivers will have their round four circuit voted for by the fans so stay tuned to the Supercars social media channels to find out how you can contribute to that vote.

Another thing you'll have noticed, the real-world Supercar drivers will be racing in all but one round on ovals, that one exception being for the race at Mount Panorama where the Pro and All Star drivers will be paired up with each pair sharing a car in a race around the famed Bathurst 1000 circuit.

Just a few hours until we go green for a huge night on the sim!

To watch the rest of the season, follow the official Supercars Twitch or subscribe to their YouTube channel and the broadcast will begin at 11am CEST. You can even rewatch the Red Bull Ring Pro race and Charlotte All Star race on YouTube if you missed it.

Will you be tuning in to watch the Supercars Pro and All Star Eseries races? Tell us on Twitter at @OverTake_gg or in the comments down below!
Did you like this article? Please click thumb up or thumb down.


Submit
Tell us more
Tags: esports, competitive, event
By clicking on one of those buttons you are leaving OverTake.gg