News
Reading time: 4 minutes
DTM Trophy champion Tim Heinemann will be giving this 880 kilowatt electric beast a demo run at the Red Bull Ring - while he himself is 80km away!
Image credit: DTM

When the whole motorsport world was shut down early last year, drivers were forced to stay inside which meant sim racing became a mainstay for many of them. They all raced from the comfort of their home, remaining safe, keeping sharp and, as a nice bonus, entertaining us all in the process!

But what if we could potentially have drivers safe from the real world dangers of driving in their simulators while keeping them actually in control of their real cars? Sounds like some kind of 'What If' scenario but hey, we already have autonomous cars in the form of RoboRace so perhaps this isn't so absurd? In fact, it's actually happening.

In a collaborative effort between DTM and the Schaeffler Group, this DTM Electric concept car produces just shy of a whopping 1,200 horsepower. There are currently plans to have a fully-fledged series start up in 2023 alongside the regular DTM. The idea for the series is to have sprint races of 30 minutes with the possibility of automated battery changes during mandatory pit stops.

The car has previously been driven (conventionally that is) by DTM champions Timo Scheider and Hans-Joachim Stuck, former Formula E racer Daniel Abt and current DTM driver Sophia Flörsch. The demo runs this weekend will be courtesy of DTM Trophy reigning champion Tim Heinemann, who will be stationed in a top-level simulator in Graz, which is roughly 80 kilometres from Spielberg, where the Red Bull Ring actually is.

What does this mean for the future?

Could we see all racing go remote? No. It's probably not even likely that DTM Electric will race in any way other than drivers actually getting into their cars, but it's an incredibly cool concept to consider for the future.

Sim racing is obviously safer than its real-life equivalent, but with that lack of risk also comes a willingness for drivers to push their luck further than they would in real life. This can often result in incidents you would never normally see. 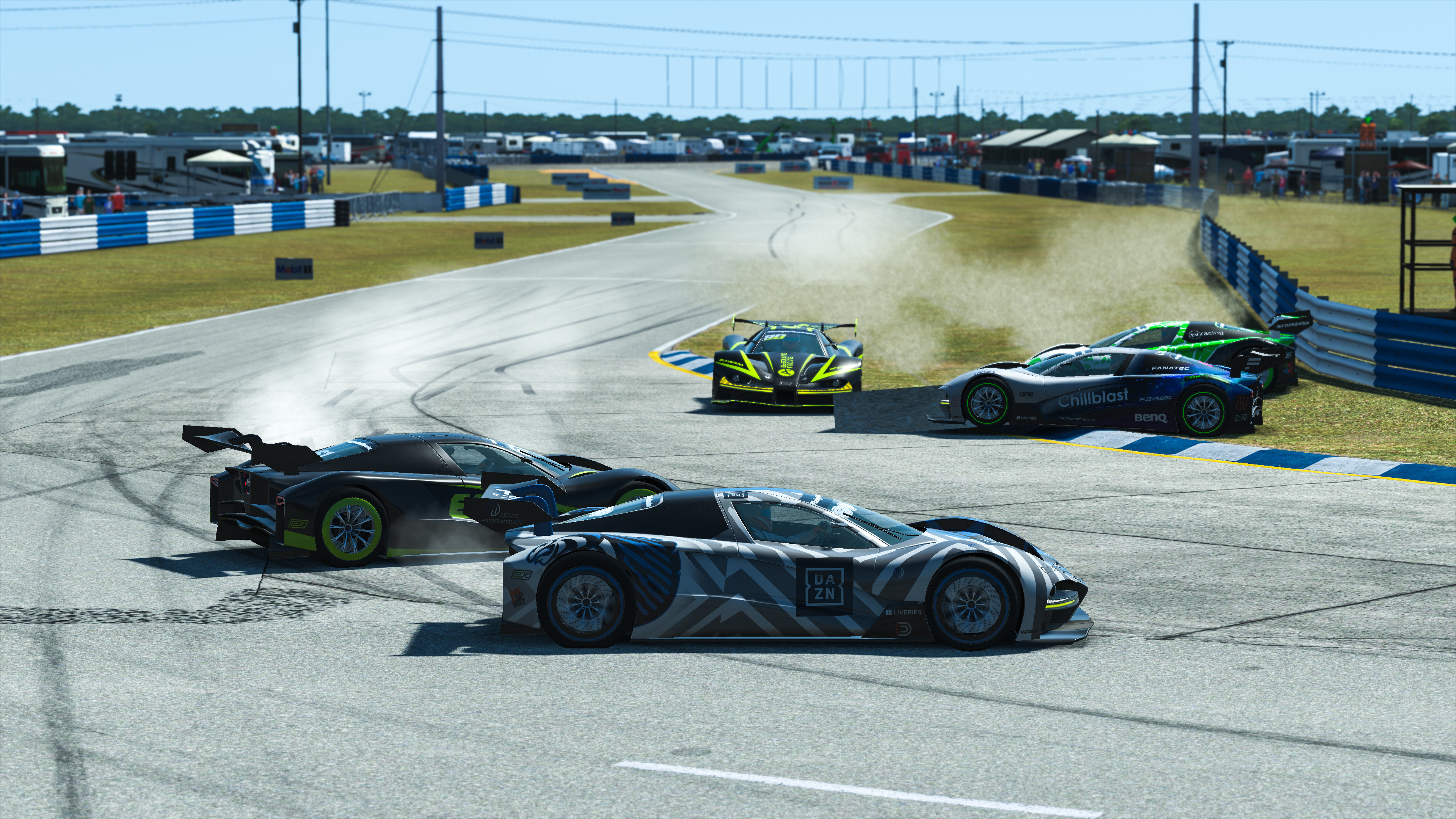 Psychologically, would a fully-fledged real racing remote championship be safe? Not just for the drivers, but for the spectators and marshals? Whilst the competitors would be situated in the warmth and comfort of the simulator, the cars they'd be driving could still provide real danger to those trackside.

The lack of danger in virtual racing can make some drivers feel disconnected, leading to them intentionally driving into the back of their fellow competitor just for a laugh. The drivers would certainly need to keep that in mind when they're driving a real car remotely, even if there's an overwhelming urge to just piledrive into someone. They'll have to fight that.

Not only that, but even with the inherent risk that these real world professionals face, there's still an advantage to driving a real car. We sim racers are used to relying on the feedback from our racing wheels to give us an idea of how the car is reacting, however something that real world racers rely even more on than just the steering is what is called the "seat of the pants" feel.

The gravitational pull and subsequent vibrations throughout the car tell drivers way more than a wheel ever could. That's why we can't be so sure that if given the option, all drivers would flock without hesitation to the risk-free simulator over the risky actual car. They want as much of an advantage as humanly possible.

But it is surely an amazing prospect for the future of transportation. We have been thinking autonomous driving is the future, maybe instead it could be public transportation and cargo trucks piloted by people who don't even need to leave the comfort of their own homes.

As far as racing is concerned, it would be very interesting to see a real world professional driver driving a car conventionally, going up against an esports racer who is driving another one remotely. We have become accustomed to both real world drivers and esports racers taking to it virtually against each other, but this would be a first to see two drivers from each field instead piloting real cars.

What do you think of real racing cars being driven remotely? Tell us on Twitter at @OverTake_gg or in the comments down below!
Did you like this article? Please click thumb up or thumb down.


Submit
Tell us more
Tags: event, mainstream
By clicking on one of those buttons you are leaving OverTake.gg