The best Esports series on every racing sim

Top Lists
Reading time: 8 minutes
With the plethora of racing sims out there, there are many esports racing championships that use the software to host their races. So we asked, which ones are the best on each game?
Image credit: SRO Esports

Whether you're a fan of iRacing, or of rFactor 2 or Assetto Corsa Competizione, you can't deny that we as esports racing fans win due to the fact that there are so many championships that we can follow. We are spoilt for choice!

But which one is the best? Not overall, but per racing sim. We decided to compile a list of each major online commercial racing game's best esports championship. We are measuring these series based upon prestige, the driver talent involved and the circuits they race on.

We are also going to be discounting games that don't have that many variables in terms of top-level, officially sanctioned championships. This includes the F1 and MotoGP games with their respective esports series, and Trackmania as well.

Perhaps the most criminally underappreciated of the market sims, RaceRoom is responsible for the esports championships for the World Touring Cars and also Germany's premier tin-top series DTM and GT Masters. Out of those three, which one is best?

We would have to go with GT Masters, with its plethora of major esports drivers and teams taking part. You see the likes of Williams Esports, Red Bull Racing Esports, R8G Esports, and some of the best drivers from across the virtual racing world compete. 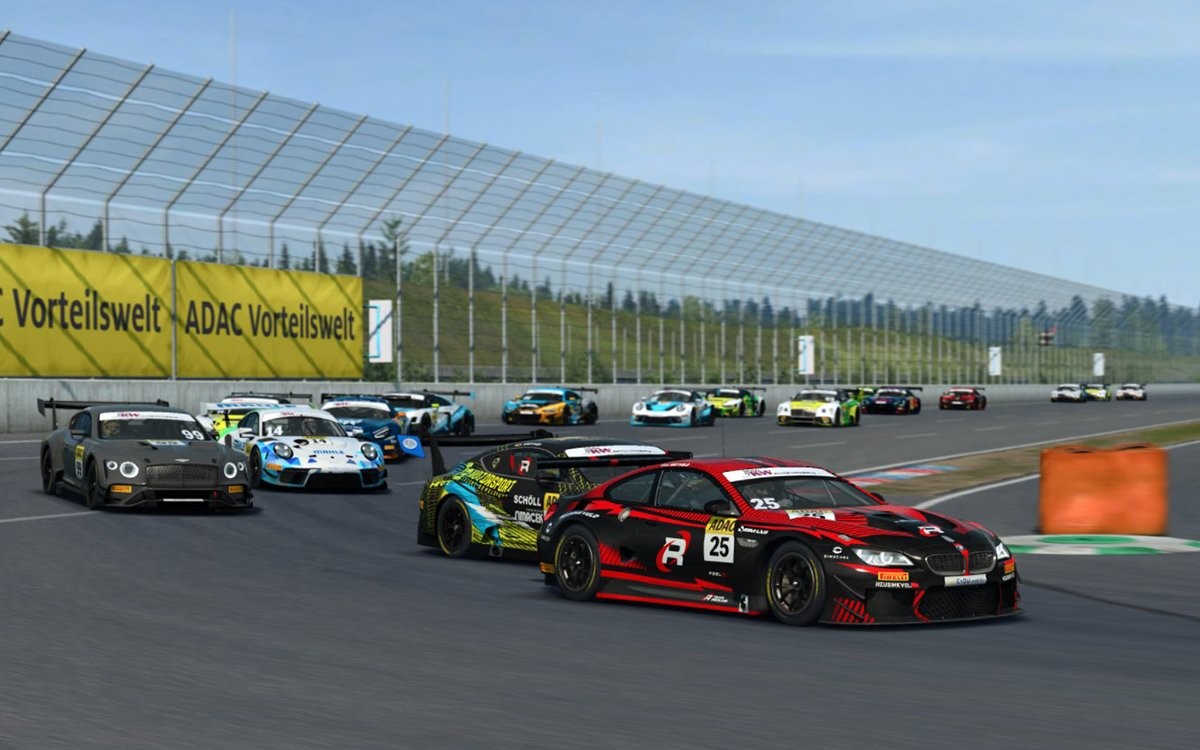 The driver who is beating them all currently is our Hero of the Month for May 2021 Moritz Löhner. He won the championship last year and is leading again this year. Oh, and he's also the champion in the DTM Esports series so it's safe to say he's a RaceRoom specialist.

The series replicates its real life counterpart by racing on predominantly German circuits, and you can tune in to the last round which will be held on 19 October with a double header at the Hockenheim circuit.

The famed simulator has a huge modding community where cars and tracks can be made and added in, so you would think it's home to a huge selection of championships. However there are very few which is just criminal.

We'd love to count the Veloce Squadsprint series that initially began on the F1 games before moving over to AC for season three and used a 2022-style F1 car on a variety of circuits, but that was a closed competition to just Veloce affiliated drivers for the most part. So really all we have is the Ferrari Esports Series and the V10 R-League, and it has to be the latter. 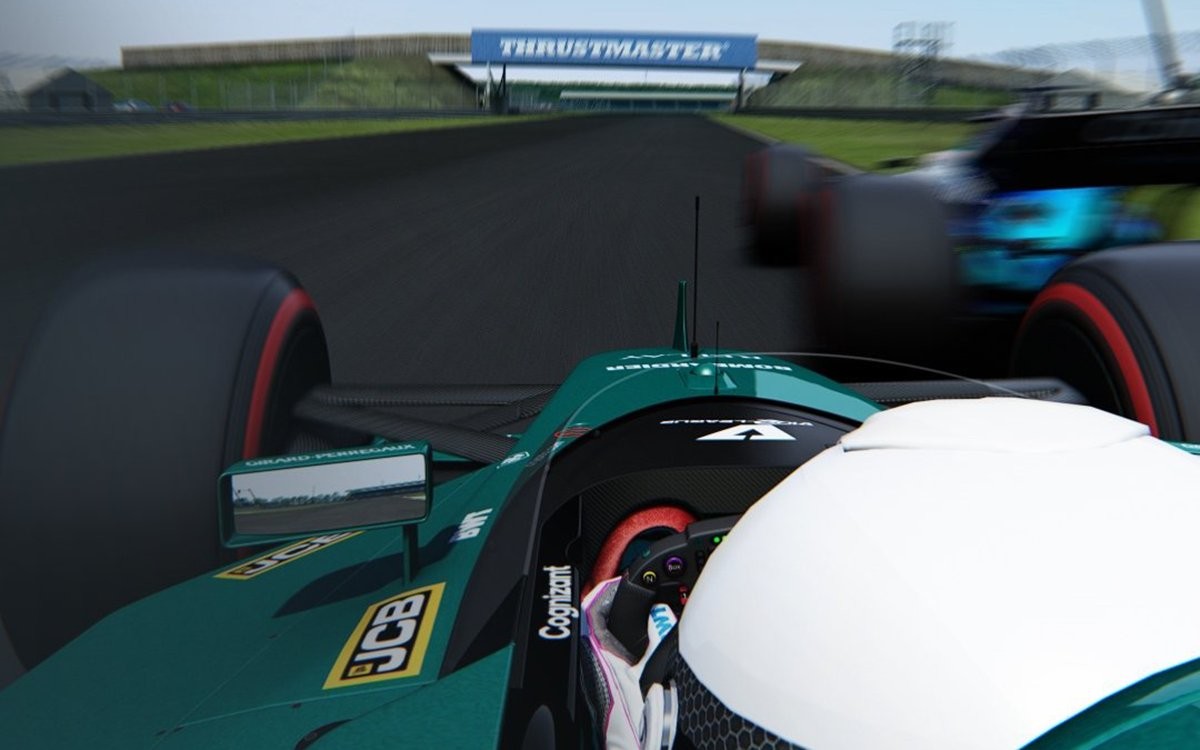 Organsied by Gfinity and Abu Dhabi Motorsport Management, the series has a football tournament style format where teams compete in short quickfire races where each driver has to play their part. It's a unique format that sees every team go up against each other, using the V10-powered beast around tracks that already exist within the base AC game as well as a modded-in Yas Marina circuit.

The first two seasons have been and gone, season one was won by Porsche24 Driven by Redline and then BMW Motorsport SIM Racing Team, both seasons featured commentary by Nic Hamilton and Benjamin 'Tiametmarduk' Daly. Season three will most likely be early 2022 and you can watch it on the likes of BT Sport in the UK and ESPN in the US.

From the diverse original to its GT racing-focused sibling, ACC is an exceptional simulator. But of course, being made the official game of SRO-affiliated championships does kind of mean it's limited. Nevertheless, it still has plenty of official SRO Esports championships to choose from. 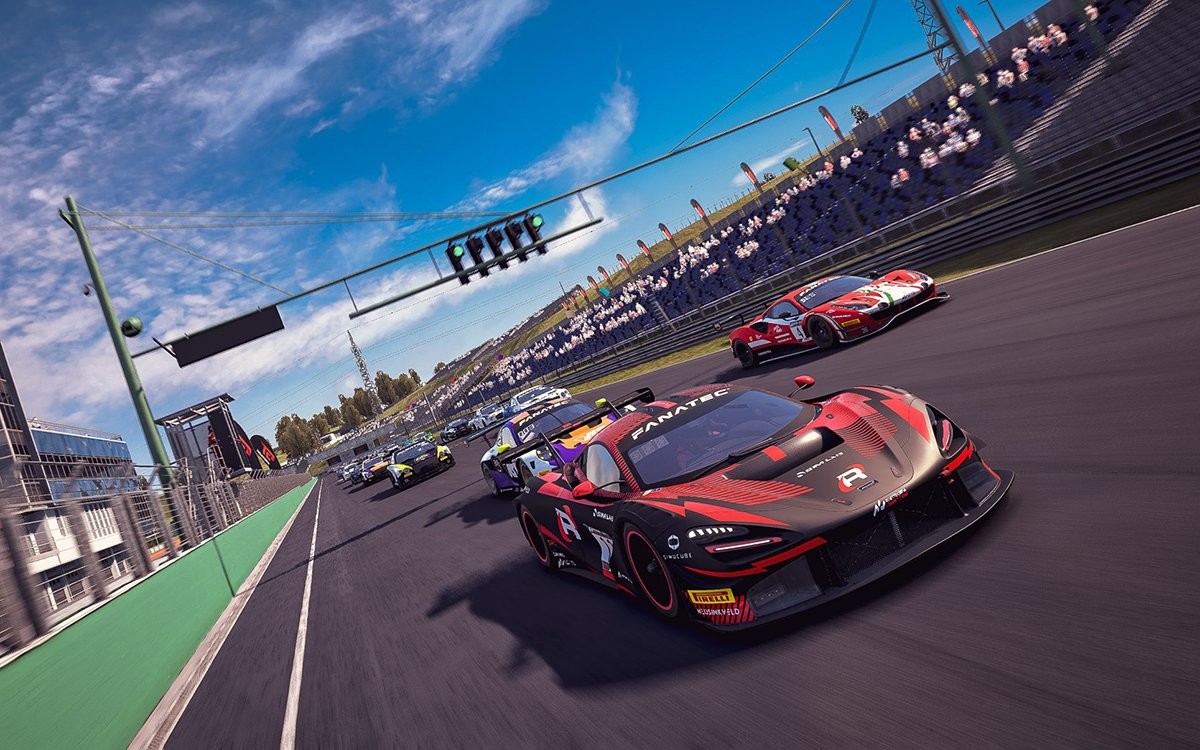 The driver calibre is arguably the highest in all of esports because of this championship. Just to name a few, you have F1 Esports champion David Tonizza, two-time Porsche TAG Heuer Esports Supercup champion Joshua K Rogers, World's Fastest Gamer winner James Baldwin and so many more.

As far as circuits go, it roughly replicates the GT World Challenge Europe schedule and features both a Sprint and Endurance championship which you can watch on GTWorld's YouTube channel or SROMotorsports on Twitch. Next round is a Sprint Series event on the Imola circuit on 15 October.

It's safe to say that rFactor 2 has by far the most top-tier championships. To name but a few, there's the GT and Formula Pro/Challenge, World eX, Formula E: Accelerate, the All-Star Series, just way too many to list!

However the one we picked is a relatively recent addition, only announced a month ago and already done its first race only a couple of weeks ago. It will conclude at the Autosport International show in the NEC, Birmingham UK with a second rendition of a highly successful event that ran in June 2020. Yes, its the Le Mans Virtual Series. 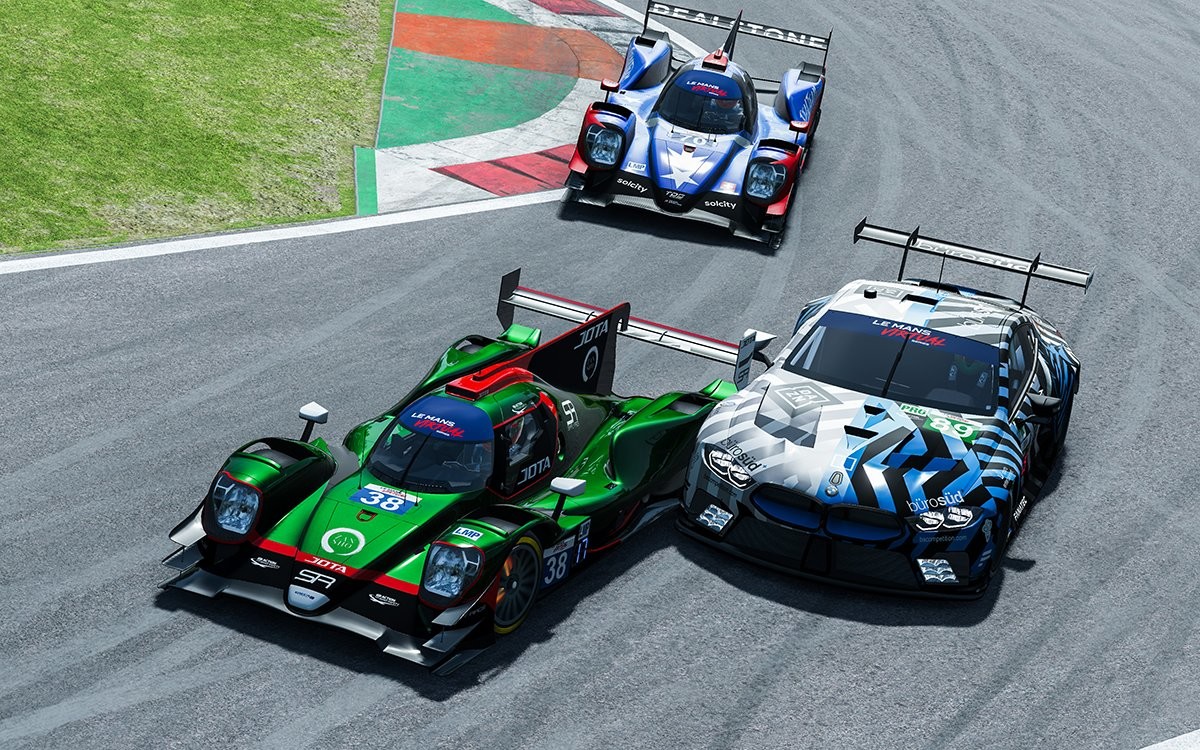 The sheer scale of this championship is like nothing we've ever seen. The first running of the Le Mans 24 Virtual was already huge, and taking that concept and making a full series out of it is just insane! Probably the most interesting aspect of the series is all teams are mandated to run at least one real-world pro driver (and two in the 24 hour finale), which takes the concept of Pro-Am in the FIA World Endurance Championship and turns it on its head where the ones who would be the Pros in the real world are the Ams to their Pro sim racer counterparts.

As far as schedule goes, they've already run at Monza, and they'll be going to Spa-Francorchamps, Sebring and obviously the Circuit de la Sarthe for their LAN finale but perhaps even more daunting, they'll be running these LMP and GTE cars on the Nordschleife. That will be incredible to see. The next Le Mans Virtual Series race will take place on 16 October.

Finally, we come to iRacing, the original esports racing game (as they refer to themselves) and they have a lot to offer as well. The recent revival of the Grand Prix Championship has been a hugely welcome addition, they also have eNASCAR, World of Outlaws, Rallycross, VCO ProSIM and even officially sanctioned IndyCar and Australian Supercars championships. But our personal favourite has to be the Porsche TAG Heuer Esports Supercup. 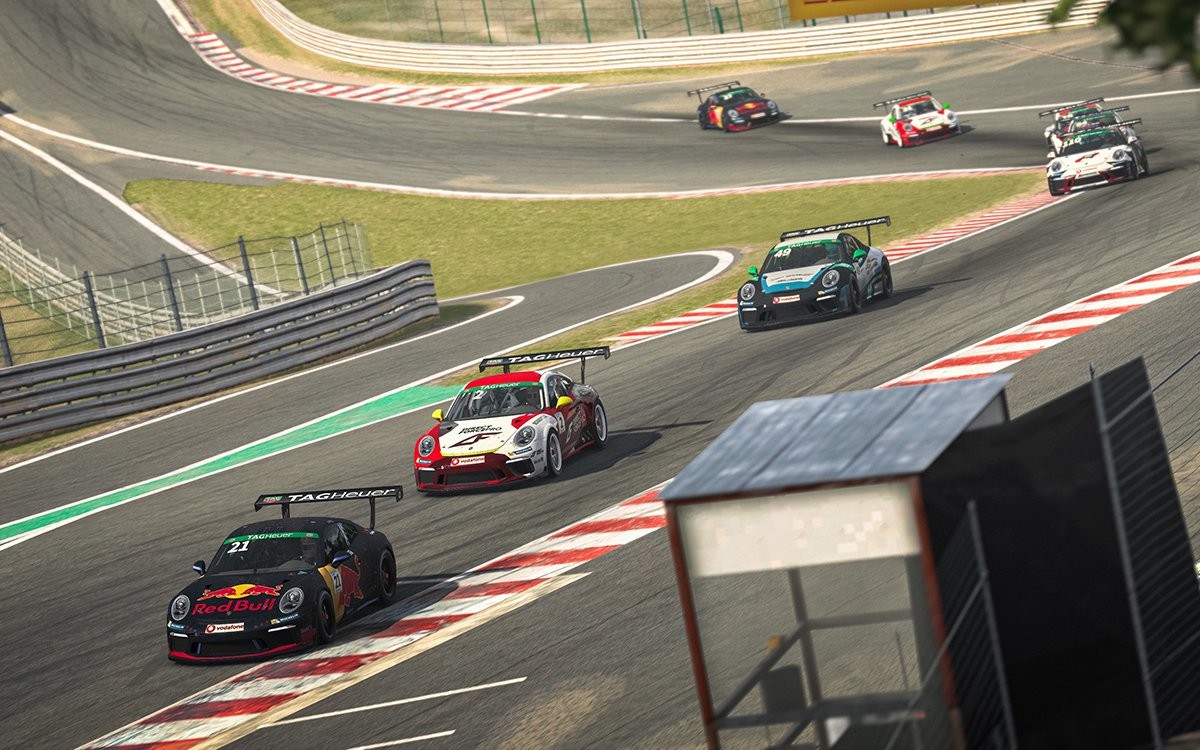 The quality of drivers in this championship is immense and the racing is incredible from both the main Supercup drivers and also the 'simfluencers' in the All-Star races. They race on all the best tracks and being the designated as the official top iRacing championship, means that champions like 2019 and 2021 champion Josh Rogers and 2020 champion Sebastian Job are the official iRacing champions.

That doesn't mean they have an easy ride of it, as many other big players like Mitchell deJong, Maximilian Benecke and Dayne Warren can all very much contend with them.

We don't know when the next Porsche Esports Supercup season starts but currently every Saturday until 30 October, you can watch the Contender Series where the top 15 in the points at the end of the season will appear on the grid for the main series. The contender series and main championship are streamed to Porsche and iRacing's official channels across YouTube and Twitch.

So those are our picks for each major racing sim's best esports series but part of what makes esports special is that we don't have to choose. Racing will always be there for us to either participate in or watch for our entertainment, we don't have to pick favourites. Esports racing is very inclusive, there's always something for everyone.

Which is your favourite esports racing series? Tell us on Twitter at @OverTake_gg or in the comments down below!
Did you like this article? Please click thumb up or thumb down.


Submit
Tell us more
Tags: raceroom, assetto corsa, rfactor 2, iracing, esports, competitive
By clicking on one of those buttons you are leaving OverTake.gg