This real car boasts an esports racing rig inside

In a livestream at the IAA Mobility event in Munich, German car manufacturer Porsche revealed its new Mission R, an all-electric concept racing car. What we found most cool about it wasn’t the 1,000+ bhp, or the claims that it can match the Porsche 911 GT3 Cup on track, but the fact that the cockpit is actually a sim-rig in disguise!

A Rig from the Future?

You read that correctly. The central panel of the Porsche Mission R, including the steering wheel itself, can also be used as a racing simulator. It can be detached from the interior of the car itself, taken inside to wherever you do your simracing, and used there as you blitz your way around a lap in any number of esports racing games such as Assetto Corsa or iRacing. 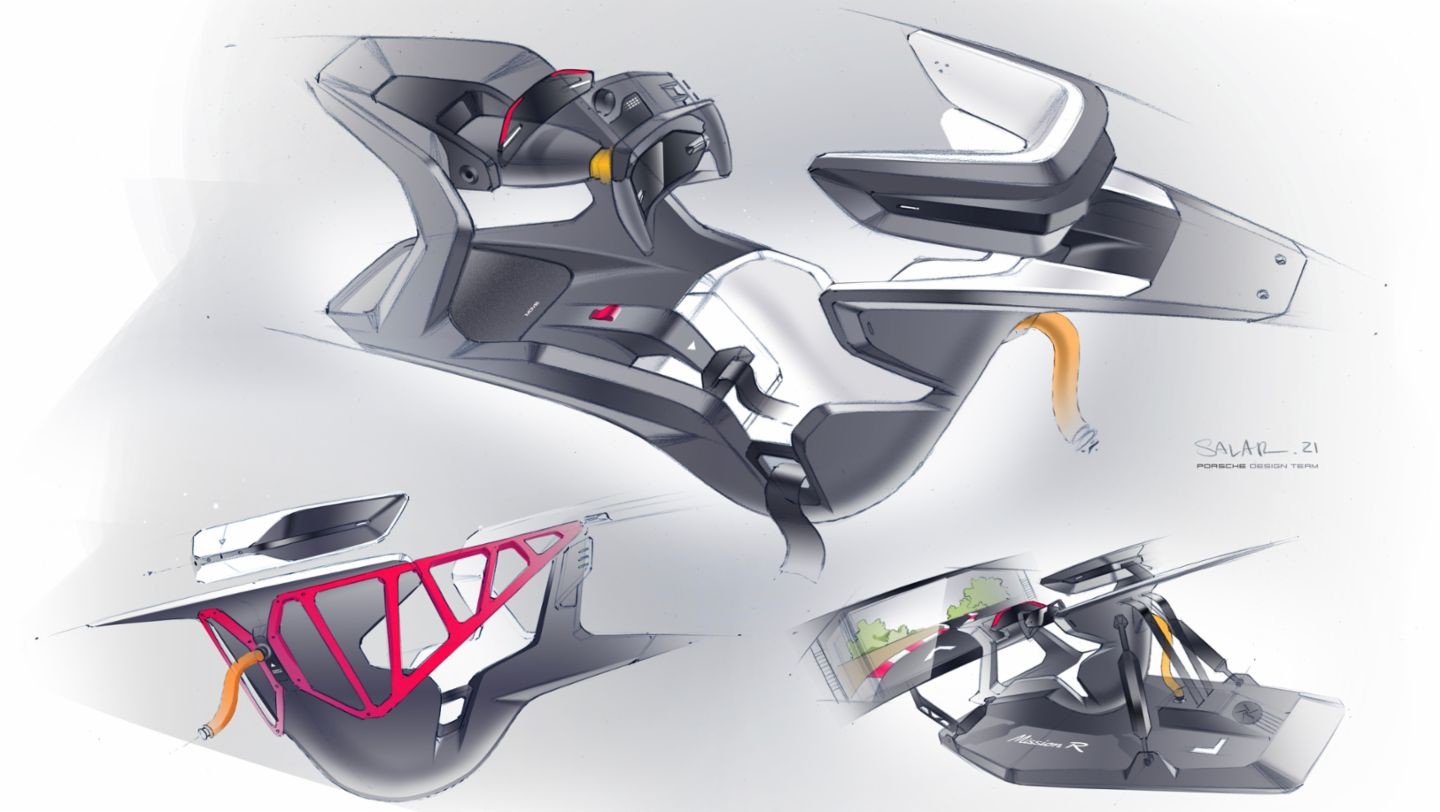 A window into the design of the sim rig cockpit concept. Photo credit: Porsche

This represents another big step towards the acknowledgement of esports racing alongside its older sibling. With the recent DTM test in which an electric car was driven remotely, it seems that esports racing and real racing are growing more intertwined with every passing day.

This revolutionary new design may seem like a gimmick, but we think it could be a big part of the future of esports racing. Think of the immersion factor. Imagine driving around in your car, and then being surrounded by the same cockpit when you hop onto your racing simulator of choice. You’d certainly be more immersed as your brain would associate your surroundings with real life driving.

If nothing else, it tells us that giants of the motorsport and automotive worlds such as Porsche are paying a lot of attention to the potential of esports racing and driving simulations. There is no doubt that they are a part of the future of racing.

What do you think of Porsche's new idea? Tell us on Twitter at @OverTake_gg or in the comments down below!
Did you like this article? Please click thumb up or thumb down.


Submit
Tell us more
Tags: porsche, hardware, announcement
By clicking on one of those buttons you are leaving OverTake.gg