Here is who will be competing in 2021 F1 Esports

Now with the F1 Esports Series Pro Championship driver lineups confirmed, the season is just round the corner. Here's a first look at who will be racing and who to look out for heading into the new season.
Photo credit: Codemasters / EA

The F1 Esports Series Pro Championship is fast approaching and the teams have revealed all their lineups, and we also know the schedule for the upcoming season.

The series format has remained relatively unchanged. Drivers will compete in three races across four events with the races being 35% of a typical F1 Grand Prix, and all cars will be equal so it's all down to the driver. Speaking of which, all teams will have three drivers to select from, and two will be nominated for each race.

All the teams competing will be looking to get as much of the $750,000 prize pool as possible so they have only hired the best. Here are the drivers who will be competing.

After finishing bottom of the table as BWT Racing Point Formula 1 Team, the Aston Martin Cognizant Esports Team Esports Team have retained their lineup completely. Scotsman Lucas Blakeley impressed in his first season with a podium at Suzuka and win in the Pro Exhibition race as well in support of the Virtual Monaco Grand Prix. 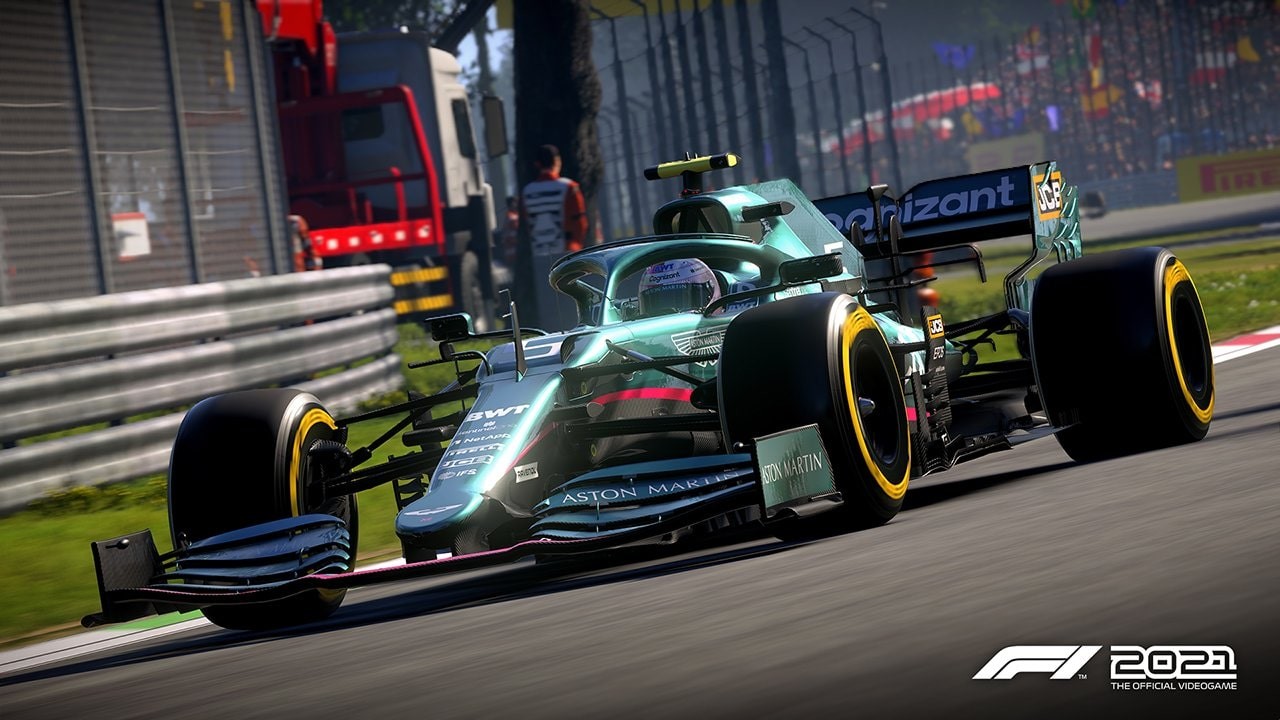 Daniele Haddad took a solitary podium in 2020 and Shanaka Clay took pole and won in only his second major appearance in an F1 Esports event, that being the Virtual Canadian Grand Prix Pro Exhibition, so they all no doubt have the ability.

The trio also came very close to winning the second season of the V10 R-League so time will tell if Aston's faith is rewarded, and signs point to a much better start for them all as Blakeley in particular has proven to be quick at the start of the F1 2021 league racing season.

Partnering up with former Haas F1 driver Romain Grosjean's esports team R8G Esports will be a push that Haas hope will finally lift them from the tailend of the F1 Esports grid. Cedric Thomé stays on for a second season after he was signed from Renault in 2020, for whom he managed to win a race in the Pro Series. 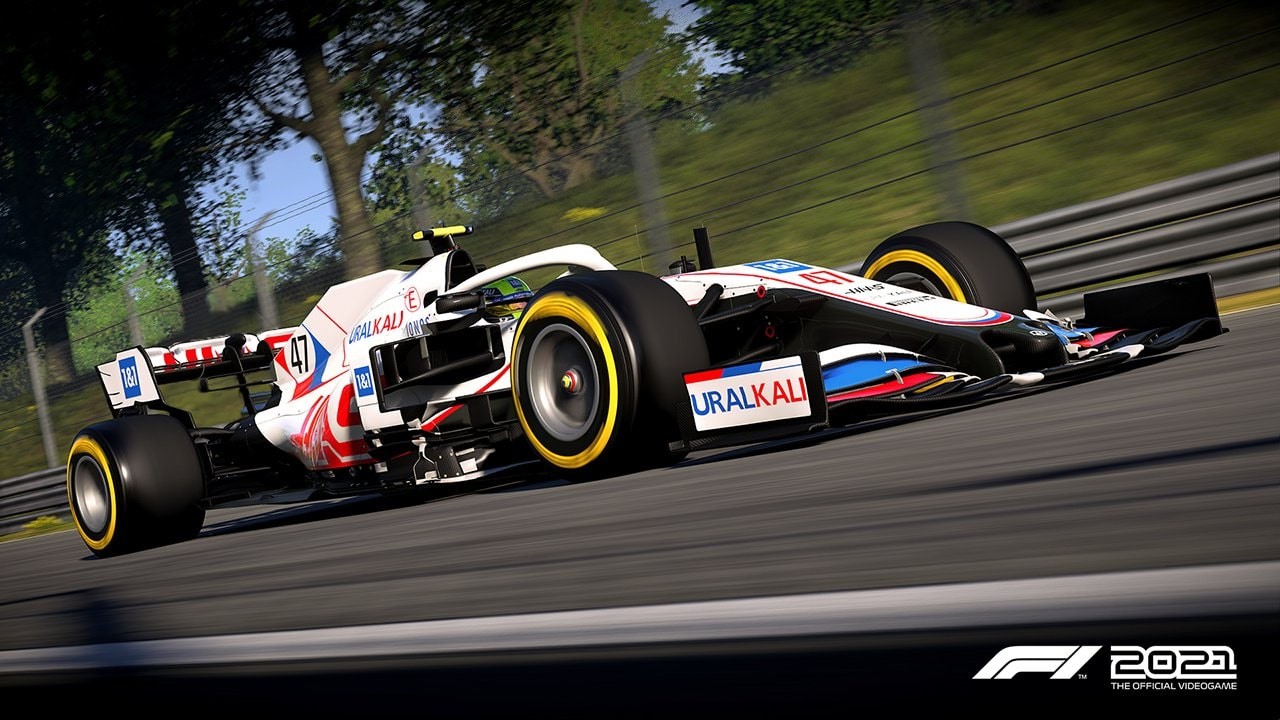 He will be joined by two newcomers to the series, first of which is Samuel Libeert who was already affiliated with Grosjean's outfit and has proven quick in a variety of sims. Then there's the unknown quality of Matthijs van Erven who finished fourth in the final standings of the F1 Esports Challenger Series on PlayStation 4 and has only been racing in esports competitively since 2020. Will his meteoric rise continue into the Pro Championship?

Haas F1 Esports need to make a statement of intent if they want to do well in the series and bringing in the know how of R8G Esports will undoubtedly make an impact.

The experienced hand of Alvaro Carreton will be kept at Williams Esports after he showed immense promise during last season with a lot of strong results and even a pole position at the Red Bull Ring. The Spaniard is joined by Michael Romanidis. The Greek racer has been a part of Williams since last year, and has shown steady progress. He will be looking to turn a few heads on F1 2021. 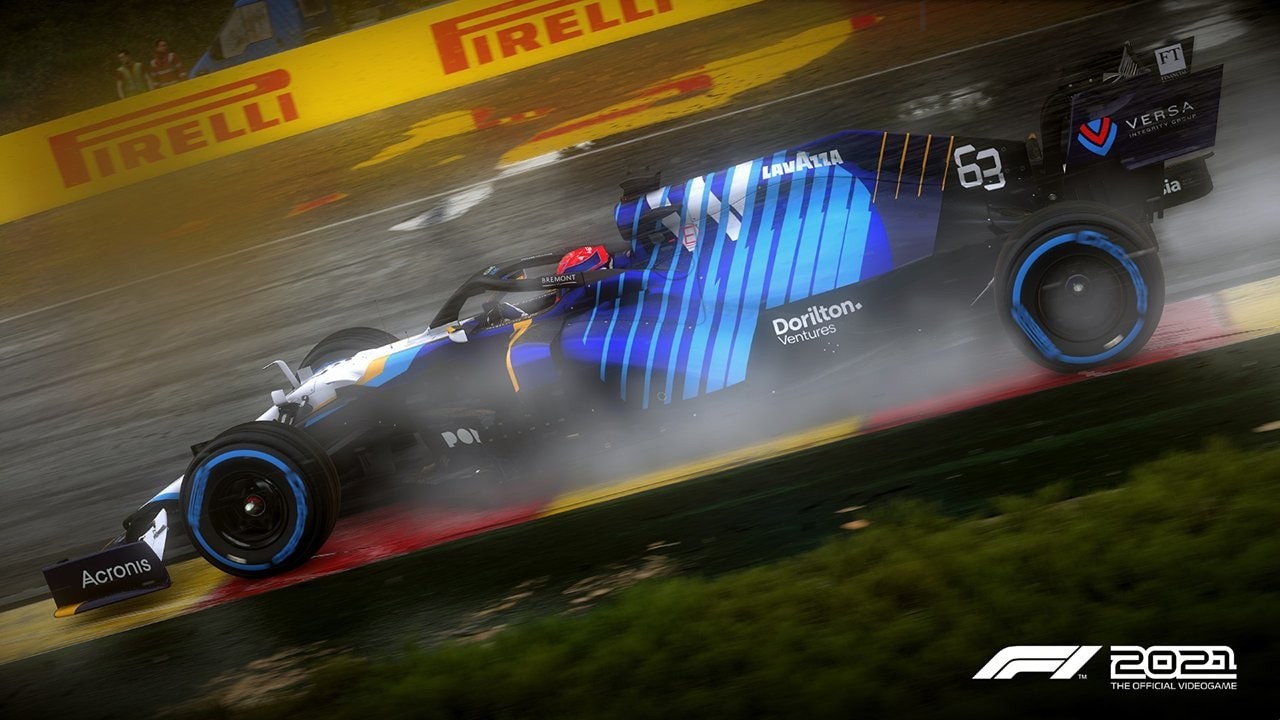 F1 Esports Challenger Series PC champion Alessio Di Capua gets his chance amongst the very best and in league racing has shown immense promise. Keep an eye on Di Capua to do well when he gets some seat time. All three are undoubtedly going to be capable of netting some strong points for Williams, particularly Carretón who could be a dark horse to contend for occasional victories.

The Red Bull sister team have retained the services of Joni Törmälä who has proven to be a very reliable peddler. The Finn was part of the main team when they won their first team's championship. His teammates this season however are especially eyecatching, and represent more of a change. 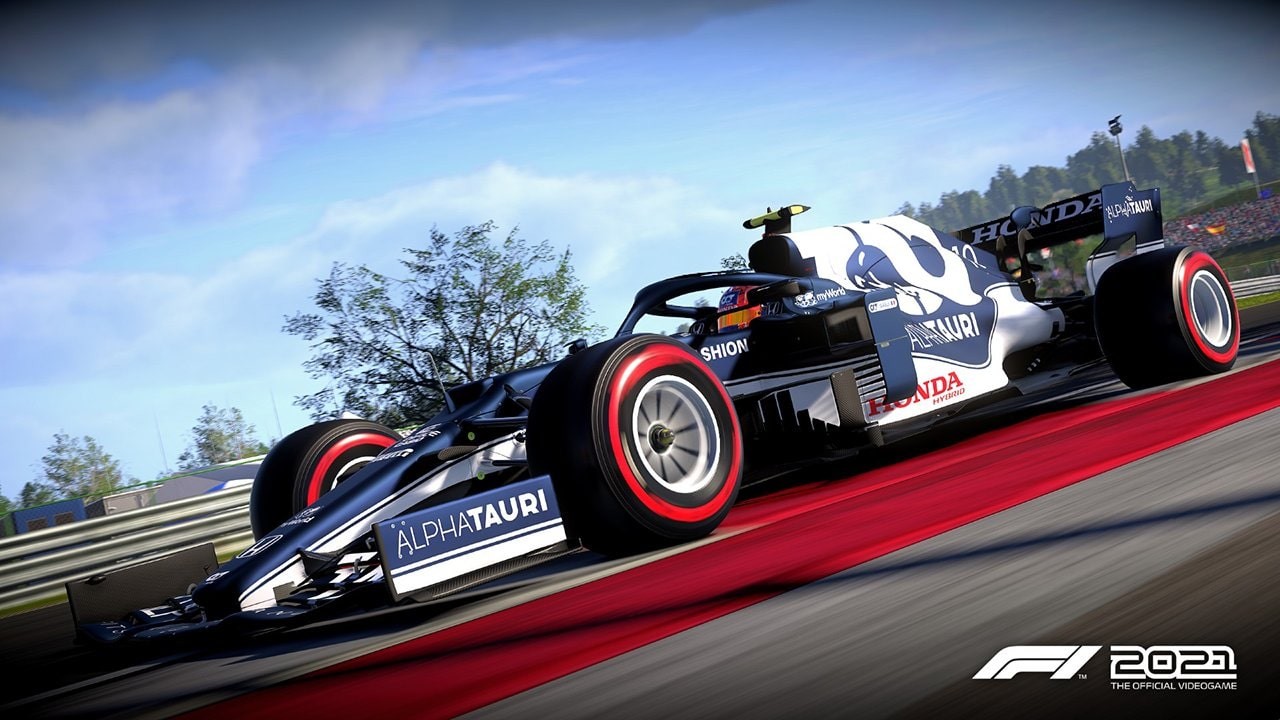 Sebastian Job is a known quantity in the world of esports racing as he's the 2020 Porsche TAG Heuer Esports Supercup champion. Seeing someone more used to iRacing in the series alongside F1 game specialists will be genuinely fascinating. Then there's Dario Iemmulo who has been strong in league racing and finished sixth in F1 Esports Challengers on PS4 so Scuderia Alphatauri Esports Team fans can rest assured they are very well represented in the esports scene.

As we previously reported, McLaren Shadow have a mighty new lineup that pose a real threat to challenge for the championship. First there's the experience of Daniel Bereznay. The friendly giant is Hungary for redemption as he followed up his first two successful campaigns in the series with a less than favourable 2020 season. Though he thankfully didn't destroy as many brake pedals this time around. 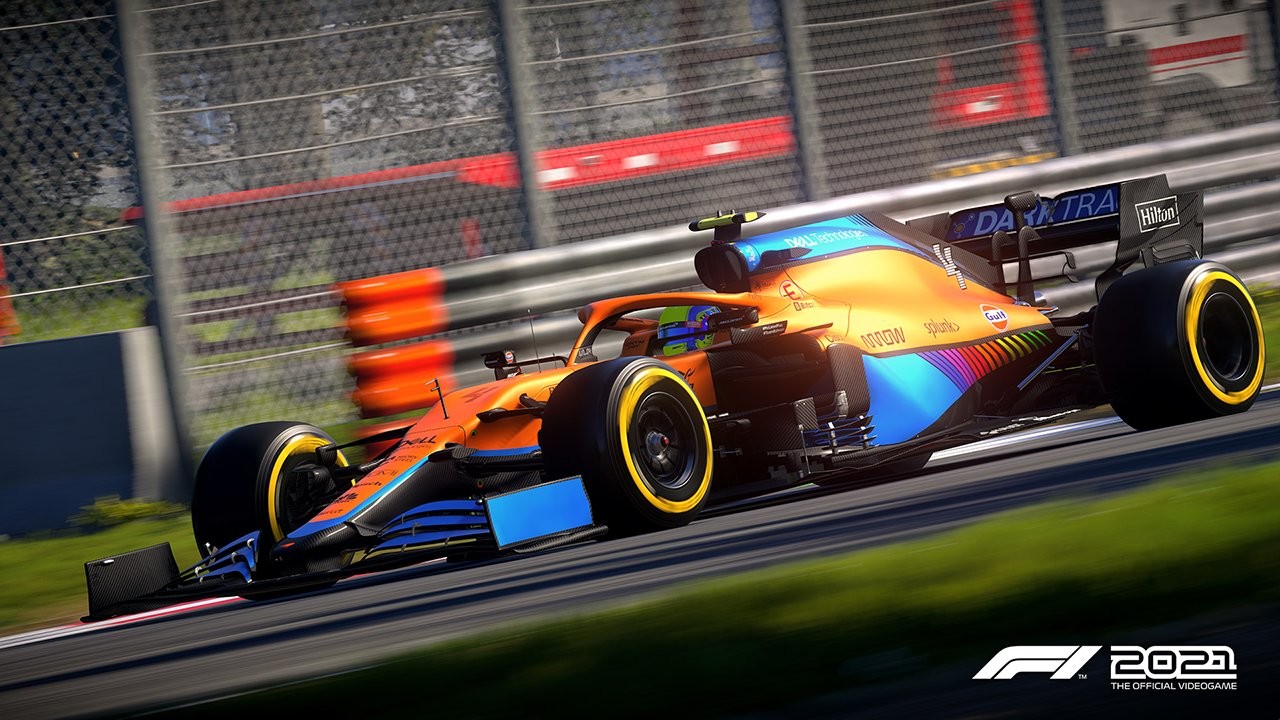 Then there is Bari Boroumand who has been giving reigning F1 Esports champion Jarno Opmeer some much needed competition in the league racing world. After impressing immensely in the Pro Exhibition races he took part in during 2020, where he took pole in only his second outing, he will be eager to prove that his lack of substantial race outings in the main season last year with Mercedes was a waste of his talent. Expect Bari to potentially become a championship contender.

Last but not least, former McLaren Shadow academy alumnus Josh Idowu will finally get his turn in the main series. He gave now-Williams racer Alessio Di Capua a run for his money in the F1 Esports Challenger Series on PC, and the people who know what they're talking about see Idowu as a big contender for the future. Though in the present, he has two mighty teammates who both could be championship contenders, so getting his time to shine might be a little tricky.

The FDA Esports Team team made a big statement when they acquired the services of 2017 and 2018 series champion Brendon Leigh to line up alongside 2019 champion David Tonizza. A mighty pair who will no doubt play a big role in getting the Scuderia a bigger share of the prize pool. 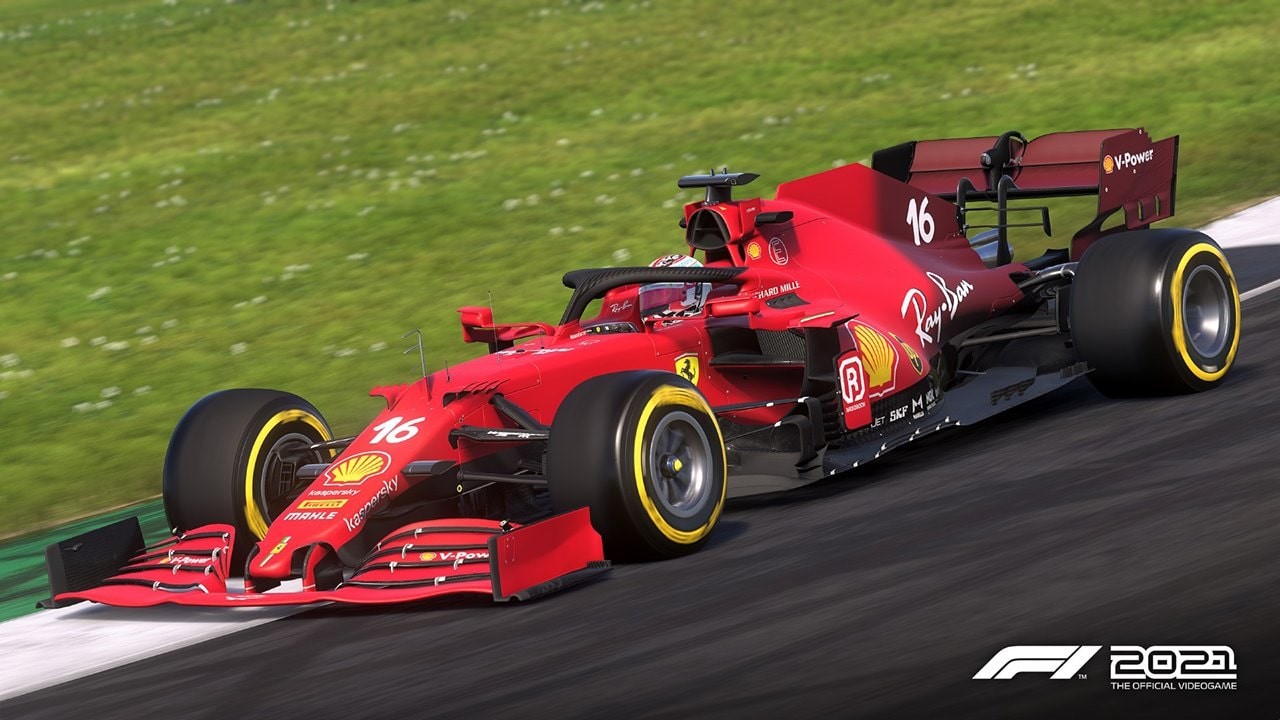 They are joined by Domenico Lovece, who represented them in league racing and also finished third in PS4 F1 Esports Challengers. Hopefully he will play more than just a supporting role, but it will be difficult to measure up against drivers who make up 75% of all F1 Esports driver's titles. Lovece is a very strong racer in his own right, so here's hoping he will be able to compete as well.

The black and silver arrows partnered up with Veloce Esports at the start of 2021 joining fellow teams Alfa Romeo and McLaren. They acquired a very strong lineup in reigning champion Jarno Opmeer and 2020 top rookie Dani Moreno, who have both proven to work well together across various leagues and will put Mercedes back in contention for the championship even after losing Leigh to Ferrari. 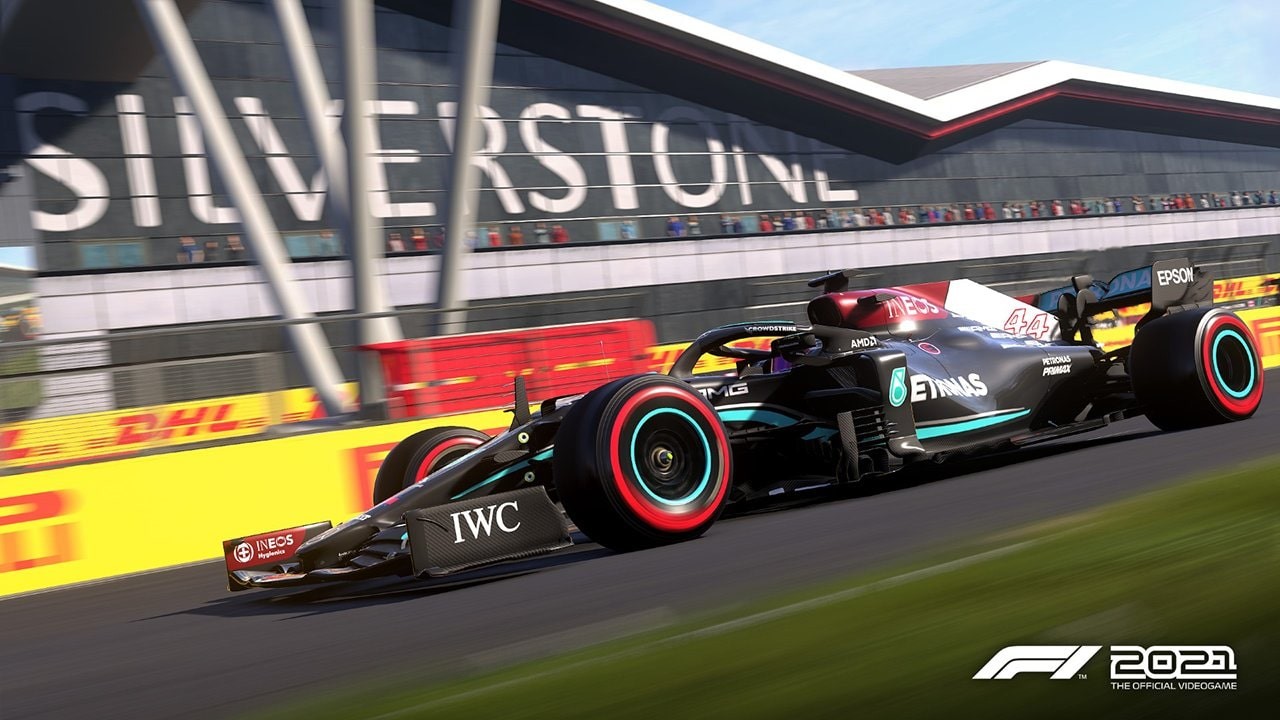 Bono Huis remains with the team for a second season, though he will most likely play more of a reserve role, having proven strong but not exceptional on the F1 games. Don't think this means he isn't good, as he just recently wrapped up the rFactor Formula Pro title in so far undefeated fashion, so it's safe that Huis' strengths are on other sims.

Don't be surprised if it's just Opmeer/Moreno this season unless one of them takes ill, because those two on their own can deliver both titles for Mercedes AMG Petronas Esports Team.

Like in 2020 as Renault Vitality, the newly rebranded squad have retained the services of last season's fourth place finisher Nicolas Longuet and 2017 runner-up Fabrizio Donoso Delgado. With the rebrand also comes a new partnership with sim racing team Race Clutch. 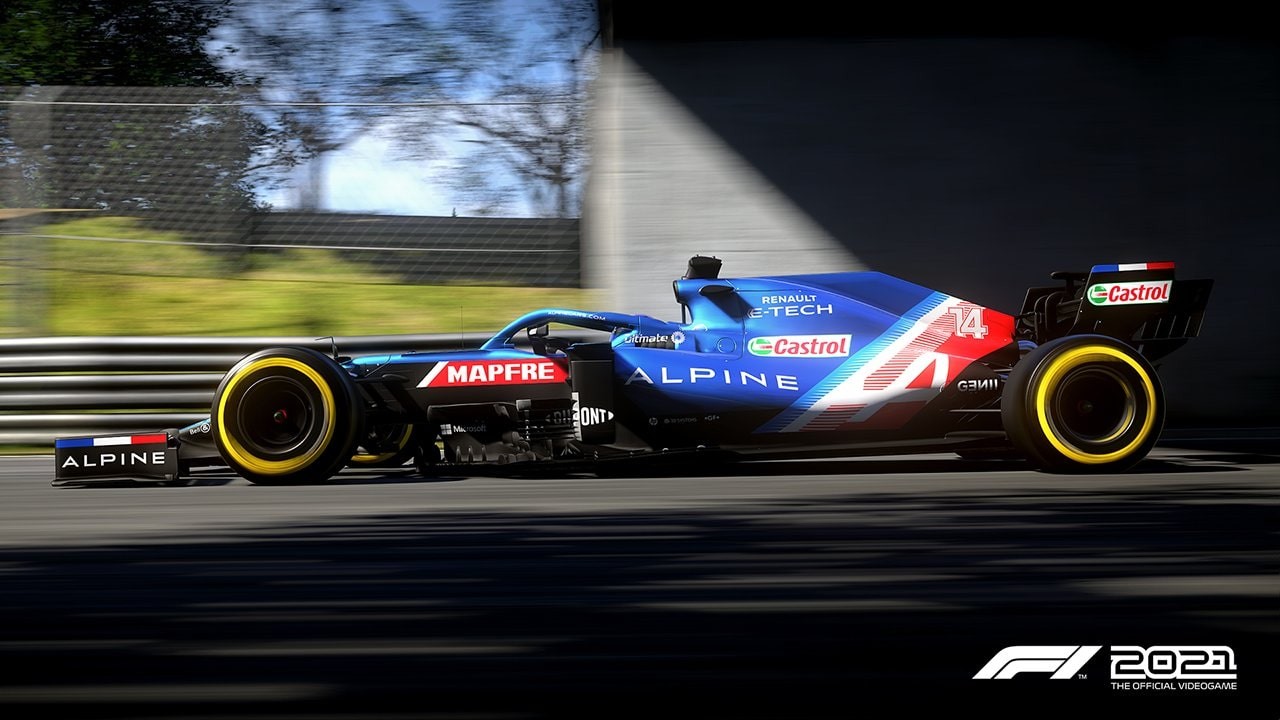 New signing to the team is Patrik Sipos, who impressed Alpine when he competed on the PC side of Challengers where he ended up fourth. After finishing third in 2020, the team have retained their main two drivers and will look to build on that momentum which took Longuet to two wins.

After losing both Opmeer and Bereznay, Alfa Romeo Racing Orlen Esports's second place finish from 2020 looks like it will be a difficult feat to achieve again. Nevertheless they've entrusted the likes of former Renault and Haas driver Simon Weigang, and also Filip Presnajder who was given just one race for Ferrari in 2020. 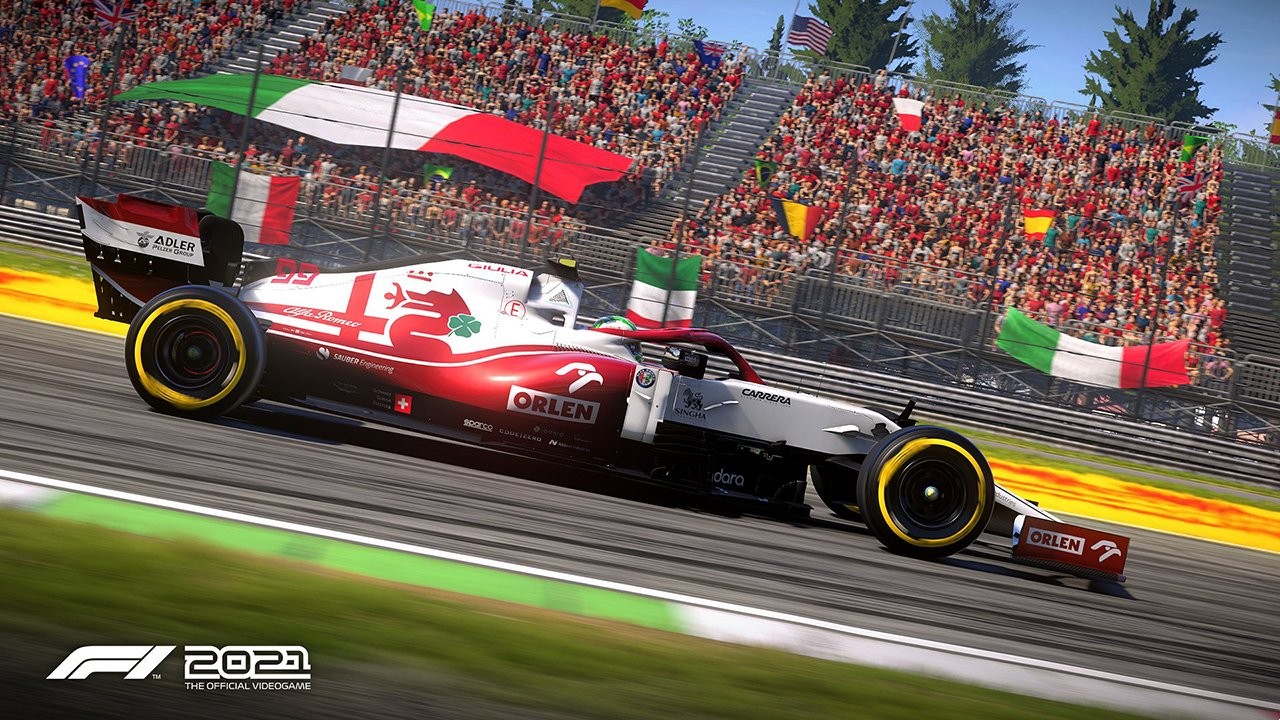 The Slovakian has a lot of untapped potential and could excel if he takes to the track the majority of the season, and Weigang has always had plenty of hype though may still be not quite there yet.

Alfa Romeo's third driver is a fairly unknown quantity, that being Dutch youngster Thijmen Schütte. He may well get his opportunities and signs point to him impressing, so keep an eye on him if Alfa ended up fielding him in one of the races.

It's a tall order for the team to remain second but if any of their drivers has the best chance to win or get a great result, count on Prešnajder to be the best bet. He has proven more than capable against the likes of Opmeer and Boroumand in league racing, and with a bit of faith behind him and time given, he can perform exceptionally.

At last we arrive at the reigning champions, Red Bull Racing Esports Team have retained the safe but still unbelievably quick pairing of Frede Rasmussen and Marcel Kiefer. Both of these drivers know that the prize money is in the team's championship, but Rasmussen in particular should be in the conversation for the driver's title. The cool-headed Dane has finished third, second and second in the last three seasons, and must be itching for his first F1 Esports driver's title. 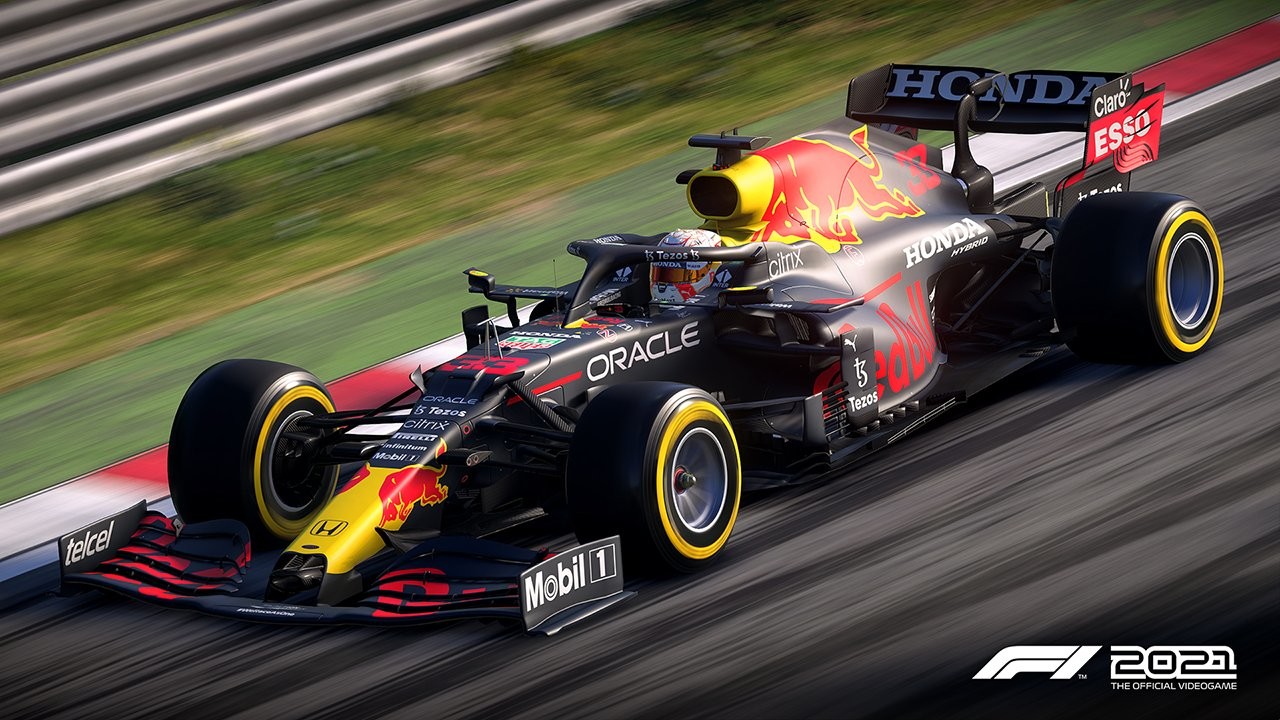 Kiefer impressed immensely in 2020, stepping up after leaving Racing Point and defying the odds when many people thought Alfa Romeo's 2020 lineup of Bereznay and Opmeer would easily net them the team's title. Rasmussen and Kiefer will be joined by Liam Parnell who - as unassuming as he may seem - has been mighty in league racing and hopefully can get a chance to show his potential even with his two vastly gifted teammates.

Schedule and how to watch

The series will be broken up into four events of three races each across two days. All the tracks for the most part remain unchanged from 2020, with the exception of Circuit of the Americas returning to the schedule after it was last included in 2019.

Not only that, but also the rather popular additions of the Portimão and Imola circuits, the first of which was just added to the F1 2021 game on Monday with the other arriving in October.

Here's a rundown of the full schedule here:

You can tune in to F1 Esports Series Pro Championship through the official Formula One Twitch and YouTube channels and their Facebook page.

Who will be the next F1 Esports champion? Tell us on Twitter at @OverTake_gg or in the comments below!
Did you like this article? Please click thumb up or thumb down.


Submit
Tell us more
Tags: formula 1, f1 2021, esports, codemasters
By clicking on one of those buttons you are leaving OverTake.gg