News
Reading time: 3 minutes
In the leadup to the 4 March 2022 release of Gran Turismo 7 for PlayStation 4 and PlayStation 5, we now know the pre-order details which includes a special edition.
Image credit: Polyphony Digital

You can now pre-order Gran Turismo 7 and with it, different versions that will give you certain in-game bonuses. The game will come as both disc and digital versions with a standard 'launch' edition and also the '25th Anniversary' edition. Here's all you need to know about what will be available across all versions. 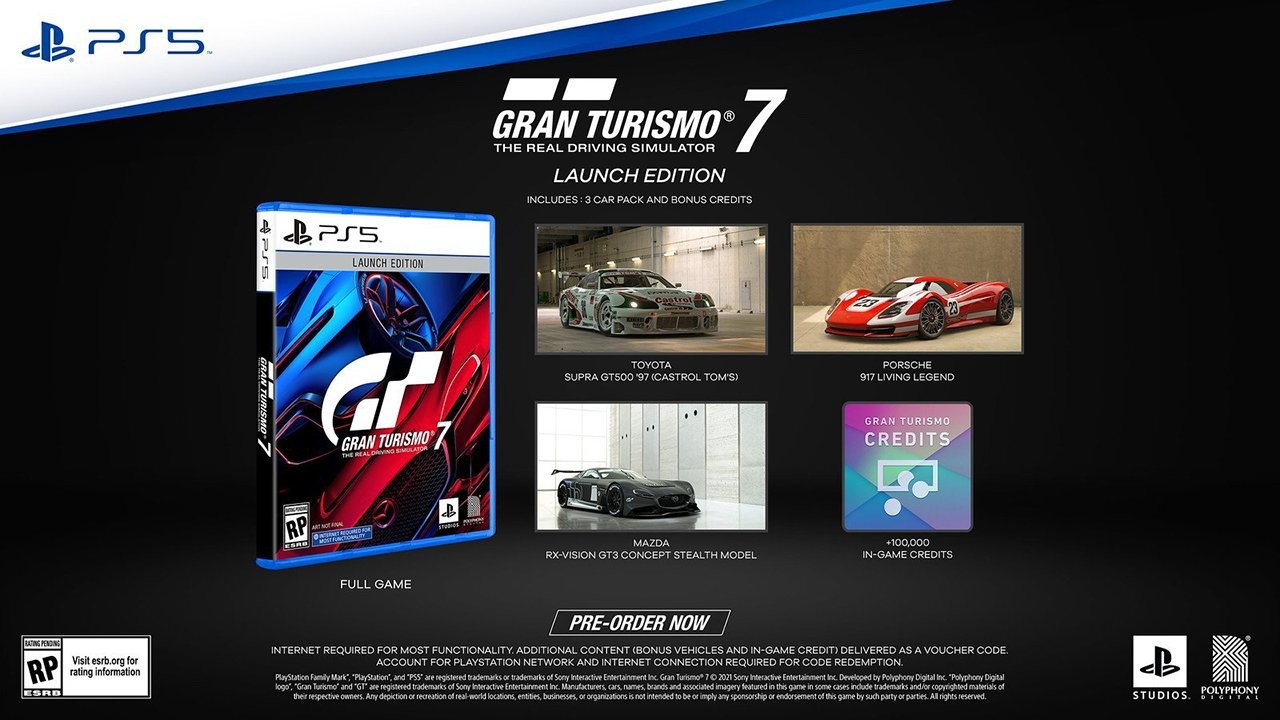 Gran Turismo 7 will cost £59.99/€69.99 for the PlayStation 4 version and £69.99/€79.99 for the PlayStation 5 version, the Standard Edition will give players 100,000 in-game credits and also three cars. One of those cars will be the Castrol TOM'S Toyota Supra GT500 that competed in the All-Japan Grand Touring Car Championship in 1997, the series that is now known as Super GT.

The next car you can get is the spectacular Porsche 917 Living Legend Concept, a car made in tribute to the 1970 24 hours of Le Mans winner that it's the namesake of. Then we have the Mazda RX-Vision GT3 Concept Stealth Model, which marks the return of the upgraded Stealth Model cars.

So that's what you will get for the Standard Edition, but now let's take a look at the 25th Anniversary Edition. 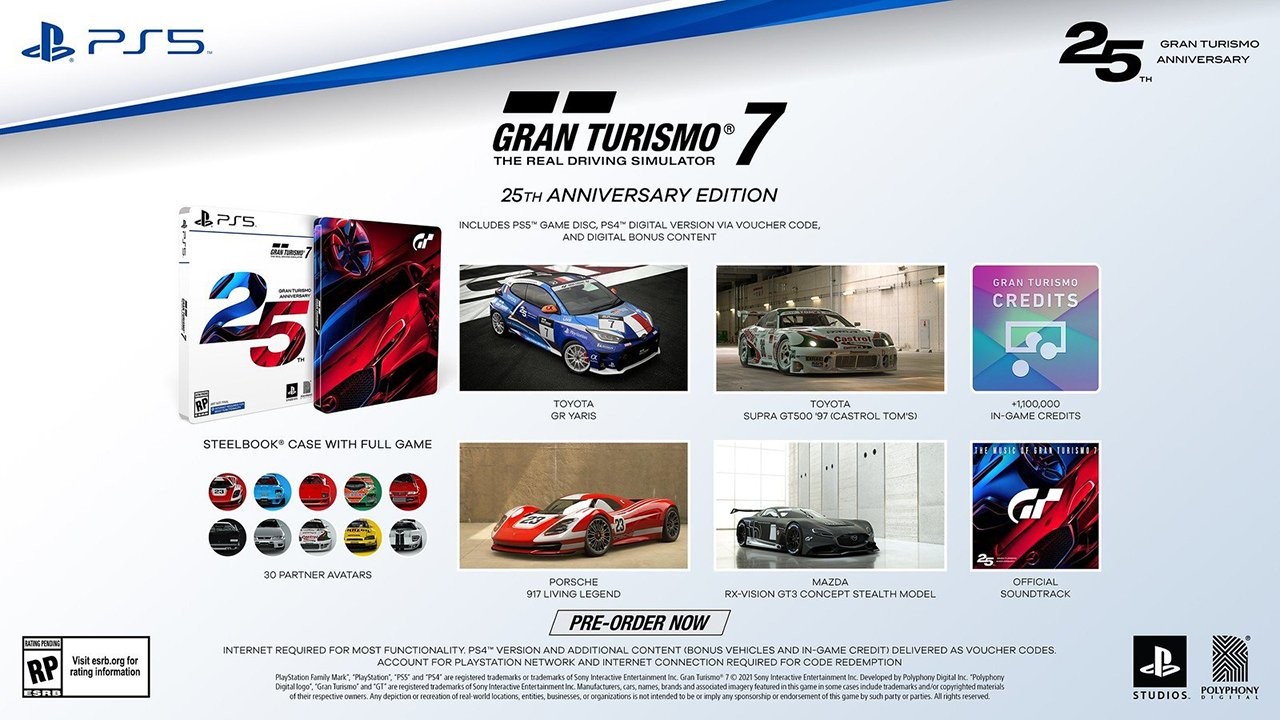 You will also have a Toyota GR Yaris car which will have a country-specific livery that you will traditionally see in the FIA Gran Turismo championships Nations Cup races. The livery will align with the country of origin assigned to your PlayStation Network account, so if you are British, but you were living in Germany when you created your PSN account, expect to be rocking the black, red and yellow on your Yaris.

You can also expect to be given a copy of the Gran Turismo 7 official soundtrack. Considering the fact that the music of the Gran Turismo series is generally held to be some of the best in gaming, that is very much a welcome addition. The final bonus of the 25th Anniversary Edition is access to 30 avatars you can use on your PlayStation account featuring cars you will be able to find within the game.

Gran Turismo 7 is available to pre-order now, including a special 25th Anniversary Edition 👀

Check out the pre-order bonuses and exclusive content ahead of release on March 4, 2022#GT7

There is one last little detail: the disc copy of the game will come with a steelbook case which will feature the PS5 version of the game on the disc and the PS4 version as a digital add-on. It is not yet known whether or not there will be a way for current PS4 players to unlock the bonsuses that come with the 25th Anniversary Edition if they upgrade to PS5.

Which version of Gran Turismo 7 will you be getting? Tell us on Twitter at @OverTake_gg or in the comments down below!
Did you like this article? Please click thumb up or thumb down.


Submit
Tell us more
Tags: gran turismo, announcement, sony, playstation
By clicking on one of those buttons you are leaving OverTake.gg