Williams Esports announced in July that they would be participating in Rocket League Esports. They will be partnering up with British esports organisation Resolve, and revealed who will be representing them in the RLCS on Thursday.

Williams-Resolve will have three French players, who all come from the French outfit Atlantide Wave. The roster is made up of Thiméo 'saizen' Corcuff, Pierre 'pryyme' Binet and Andrea 'Radosin' Radovanović.

During the announcement stream on Resolve's official Twitch, the trio were welcomed in by current Williams Racing F1 pairing George Russell and Nicholas Latifi.

Whilst as Atlantide Wave they may not have set the RL Esports world on fire, the trio have proven more than capable of holding their own against the top teams in all of Rocket League Esports. Their best result in RLCS came from the Season 10 European Regional Spring Split where they made it as far as the Quarter Finals, losing to the Solary outfit.

With them representing a name as big as Williams, they will need to make a big step up with many more eyes being on them since more and more esports racing and motorsport fans will be following their progress. 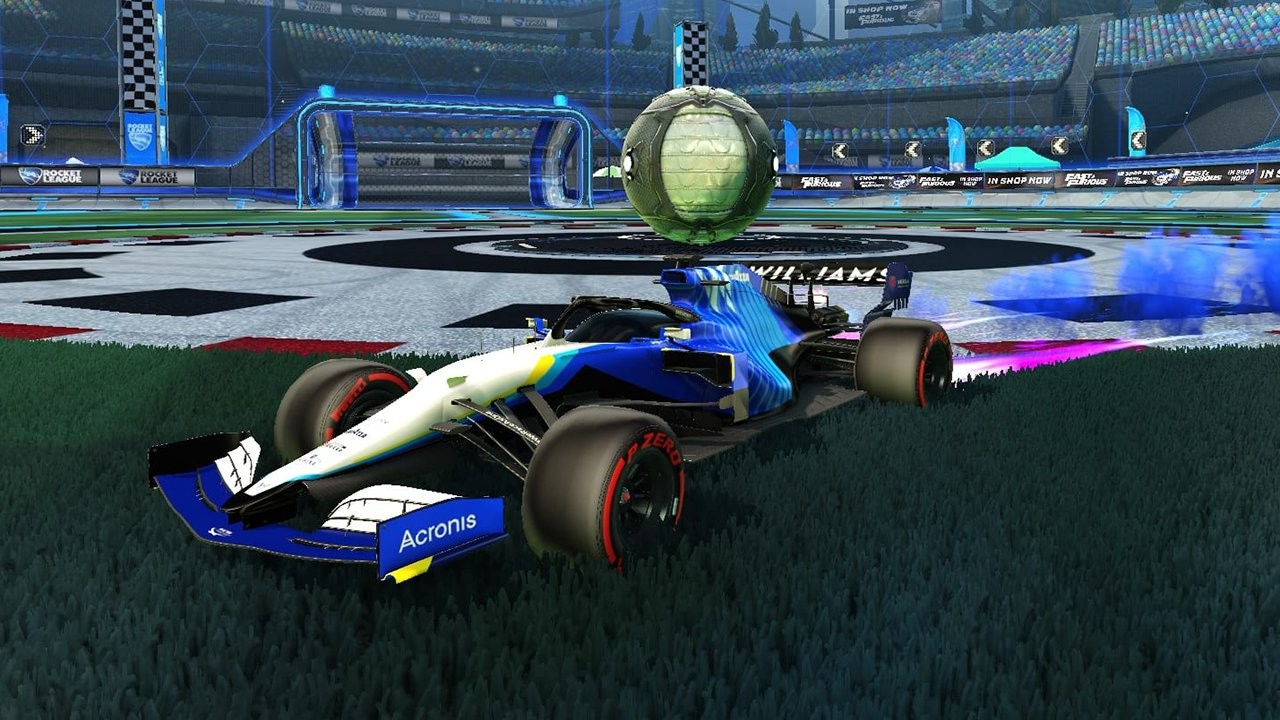 Whilst the F1 car is in the game, don't expect it to be used by Williams-Resolve as cars such as the Octane, Dominus and Fennec are all heavily favoured in the competitive RLCS. Photo credit: Psyonix

As we previously covered, the upcoming new season of RLCS sees the biggest expansion yet. With a $6,000,000 prize pool, an addition to regions beyond North America and Europe, and perhaps the most popular bit of news to come out of it, a return to LAN events after so long away due to travel restrictions.

The first event of the new Rocket League Championship Series season is the RLCS NA qualifier held 15-17 October, though Williams will most likely make their debut in the RLCS EU qualifier held from 22-24 October. If you want to know the full dates as to when you can follow Williams and all the other competing teams, read Rocket League's official announcement.

To watch the events broadcasted live, follow Rocket League's official Twitch. Plus if you play the game and want some items, you can hook your RL account to your Twitch which can result in you getting item drops in-game that you can then apply or trade.

How well do you think Williams-Resolve will do in the Rocket League Championship Series? Tell us on Twitter at @OverTake_gg or in the comments down below!
Did you like this article? Please click thumb up or thumb down.


Submit
Tell us more
Tags: esports, competitive
By clicking on one of those buttons you are leaving OverTake.gg