News
Reading time: 5 minutes
The designer responsible for automotive icons has created an incredible blend of all his most amazing designs for players to mod into Grand Theft Auto V.
Image credit: Frank Stephenson

After taking a look at several cars from the world of Grand Theft Auto V to critique their designs, legendary car designer Frank Stephenson decided to design his own GTA-style car.

Just a few of the many cars that the American designer has had a hand in designing include high performance vehicles like the Ferrari FXX and F430, the Maserati MC12, a couple of McLarens including the P1 and MP4-12C, the Ford Escort RS Cosworth and the new Mini. A lot of iconic cars with plenty of variation, so he certainly knows what he's talking about when it comes to analysing car designs.

On Stephenson's YouTube channel, he looks at cars either from real life or from video games. He recently took a look at the new Lamborghini Countach and redesigned it to more closely resemble the original.


Take Two Cars, Mash Them Together

Stephenson recently took a look at car designs from GTA, and the videos proved extremely popular. For those who don't play GTA, the cars in the game are all fictional but still loosely based upon real models. For example, the new Mini which Stephenson designed, is called the Weeny Issi in GTA. Take the McLaren P1 - another one of Stephenson's designs - in GTA it's the Progen T20. You get the idea.

As Stephenson put it, the GTA design philosophy is "Take two cars, mash them together, and pray like hell that you won’t get sued". As a result, he decided to make his own car for GTA using that same philosophy but not just with two random cars, but with five that he had a hand in designing.

Combine the profile and roof vent of the Maserati MC12, the front bumper of the Ferrari F430, the intake of the McLaren MP4-12C, the roof wings of the Ford Escort RS Cosworth and the incredible rear end of the Ferrari FXX, and you have yourself a custom car for GTA made by one of the greatest car designers ever. Stephenson dubbed the car the 'Frankenstein' as a play on his name and the fact he esentially Frankenstein'd five of his own designs.

In the GTA world however, there is a pre-existing car that already plays on the Frankenstein name, a ratrod released during the Halloween 2015 event called the Fränken Stange. Perhaps, then, the creation should have an Italian-ised version of the name since it's based predominantly on Italian supercars; perhaps the Roccafranca would be a good name?

If it was going to be in the game as an Italian car, Maserati's GTA equivalent is Lampadati, which also happens to be the same brand that houses other Italian cars like Lancia, Alfa Romeo and De Tomaso. So how about we call Stephenson's Frankenstein the 'Lampadati Roccafranca'? 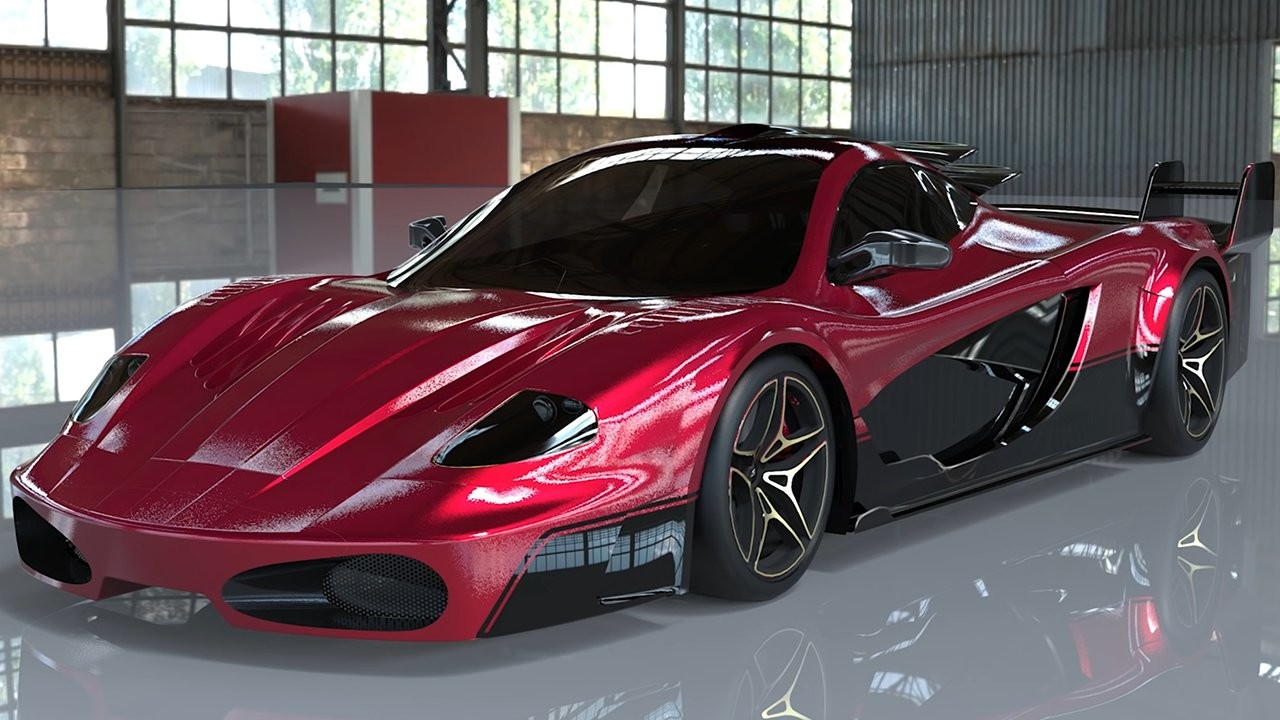 After the design was complete, Stephenson critiqued his own design and remarked he would get rid of the rather inelegant headlights which he took from the MC12. Instead he would give it F430-style headlights as well as making the body around the doors a bit more curved, like that of the McLaren P1.

Viewers can download the files to see if they could mod the car into GTA single player, as it is unlikely Rockstar will be adding Stephenson's design into the base game. The Frankenstein has such presence and is as cartoonish and striking as a car could possibly be, and as such it would fit right in on the streets of Los Santos.

Do you want Frank Stephenson's car added to GTA Online? Tell us on Twitter at @OverTake_gg or in the comments down below!
Did you like this article? Please click thumb up or thumb down.


Submit
Tell us more
Tags: arcade, community, ferrari
By clicking on one of those buttons you are leaving OverTake.gg