These 5 cars should be in Forza Horizon 5

Top Lists
Reading time: 5 minutes
With only a mere 400+ cars in Forza Horizon 5, there's always going to be some that don't make the cut. Here are five we hope will appear in the newest edition of the open-world driving series.
Image credit: Playground Games

The latest release in the Forza Horizon series is barely days old but it doesn't mean we can't already dream up a wishlist of cars we'd love to see in the game.

Yes, players are no doubt already falling in love with cars like the Mercedes-AMG One, the Corvette C8, the Koenisegg Jesko and many more, but there are still cars not in the game that we would certainly like to see in the future, whether they are quick or just downright whacky. 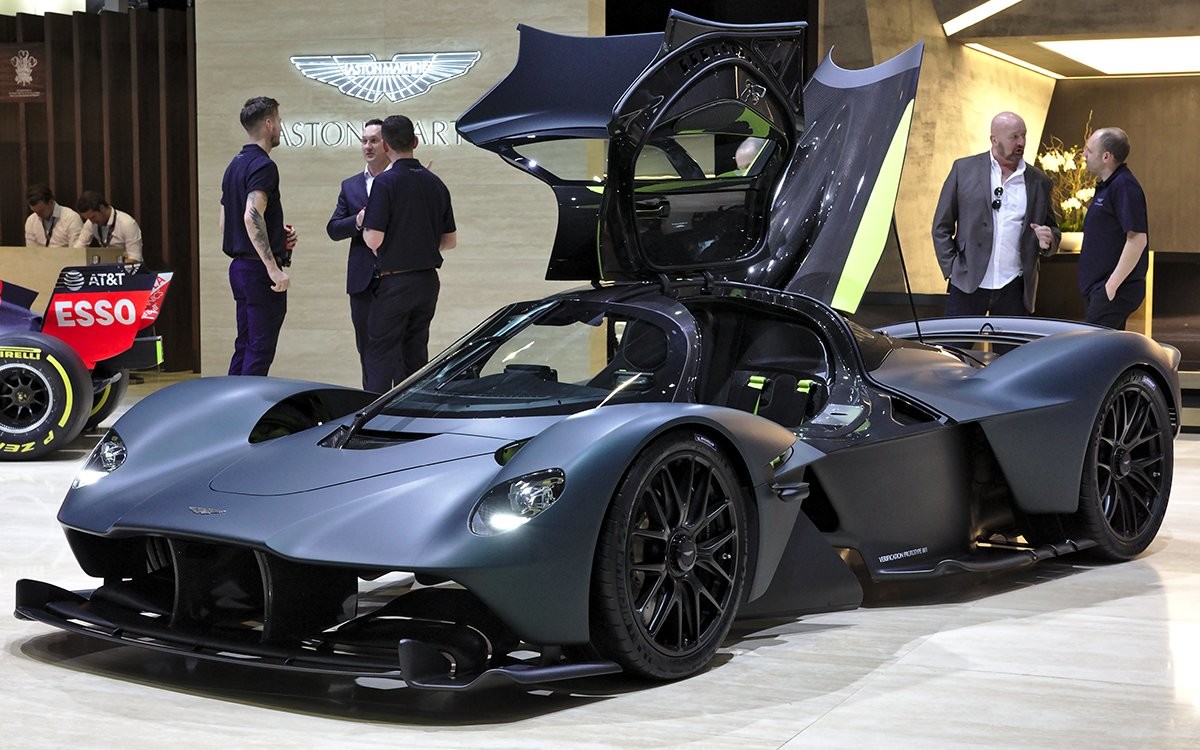 As of the game's launch, there are plenty of Astons in the game. There's the DB5, the Vulcan and even the Valhalla - which has been dubbed the baby Valkyrie - is in the game. Yet the actual Valkyrie isn't. Why is that?

The 6.5-litre Cosworth V12 which can rev upwards of 11,000rpm coupled with a KERS system results in a power output of 1,160 horsepower, and it weighs not much more than 1,000kg. It was Aston's first foray into mid-engine supercars after building their name on front-engine GT cars, and it has such incredible presence. It does perplex us as to why it isn't in Forza Horizon 5.

Aston, please. If you're allowing the Valhalla, you can allow the Valkyrie. It's going to be in GRID: Legends, so surely it ought to be added to Horizon in the not-too-distant future. 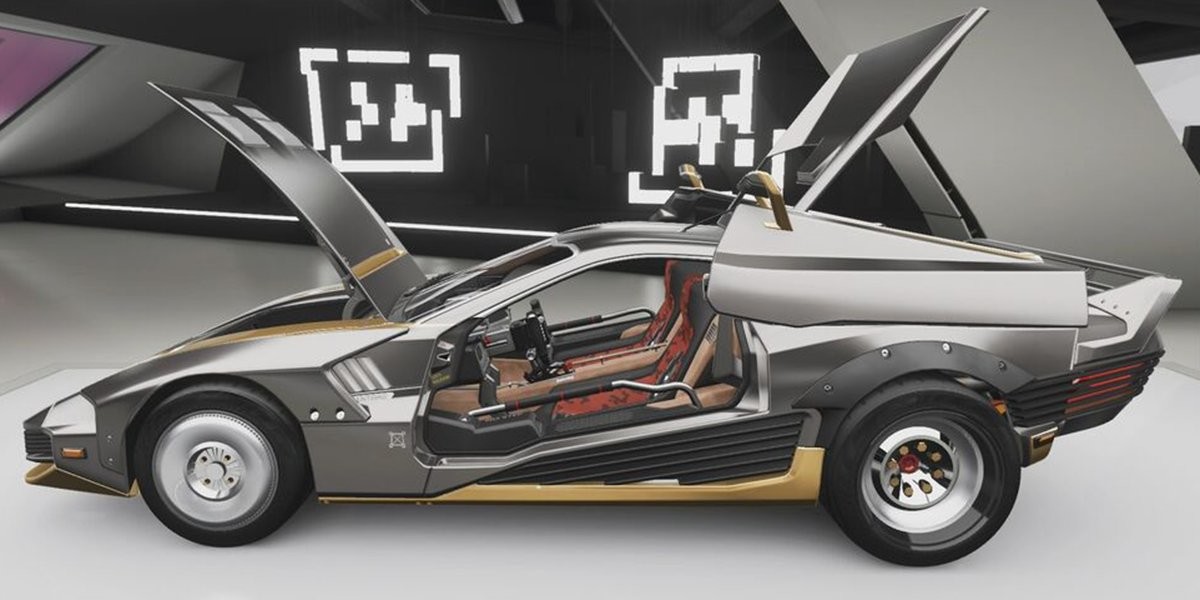 The Forza Horizon games aren't afraid to delve outside of the confines of reality. They have a long running partnership with Hot Wheels, in FH4 you could drive Lego versions of some cars and there are even cars from video games including the Quartz Regalia from Final Fantasy XV.

We, however, are way more interested in the Quadra Turbo-R V-Tech which originates from Cyberpunk 2077. First appearing in Forza Horizon 4, this car is powered by a 4.4-litre twinturbo V10 producing 607 horsepower, partly down to its revolutionary synthetic fuel that in the Cyberpunk universe replaced fossil fuels. Hopefully that's a part of our future we can all get behind if we want to keep ICE cars that won't be hugely damaging to the environment.

But back to the matter at hand. The Turbo-R was introduced as a response to the growing presence of Japanese car manufacturers dominating the sports car market, and it instantly became a star in the automotive world when it was launched in the mid-2050s. This is no doubt thanks to its incredible doors which would give Koenigsegg's models a run for their money, and its styling which is heavily inspired by the Ferrari Testarossa.

Since Cyberpunk 2077 had a.. let's call it a difficult start in life which resulted in an initial launch before being recalled, it's set to be released again for Xbox and PlayStation in early 2022, so there could be another event where this incredible car gets added to the game. 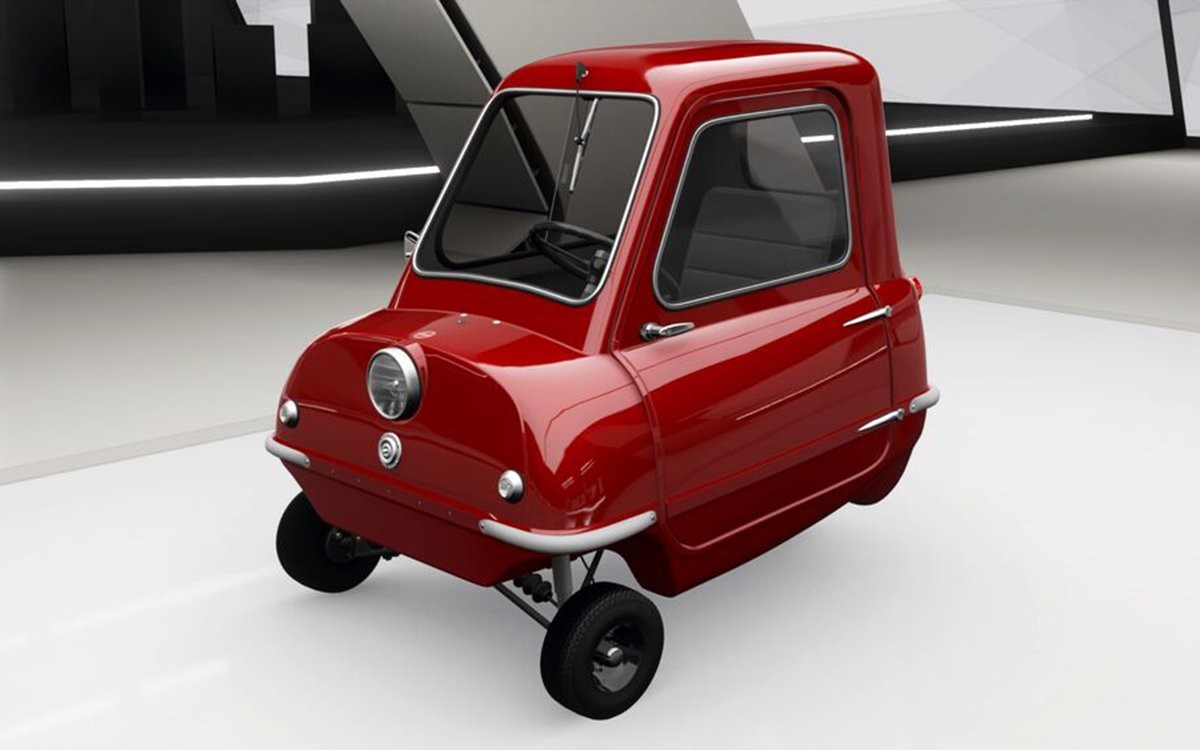 We all remember that episode of Top Gear when this car was driven through the BBC's Television Centre. The P50 is a microcar measuring 54 inches tall, 39 inches wide, weighing only 59 kilograms and is powered by a 0.05cc 4.5hp single-cylinder engine. It had been originally produced between 1962 and 1965 on the Isle of Man, and had lived a rather unremarkable life up until its feature on Top Gear.

The car featured in a summer special barn find event in Forza Horizon 4 and along with its successor the Trident, they became player favourites. Most of their in game use was as the football in a makeshift match due to their size and lightness.

Neither the P50 or Trident are quick by any definition of the term, but these cars didn't become popular because of their speed. Players could typically get the P50 up to about 43mph in game, but getting these cars because you want speed is like going to a library for a rave. It's just not what its for.

Having proven immensely popular, hopefully the P50 will come back to the Horizon games very soon.

F1 cars in the open world 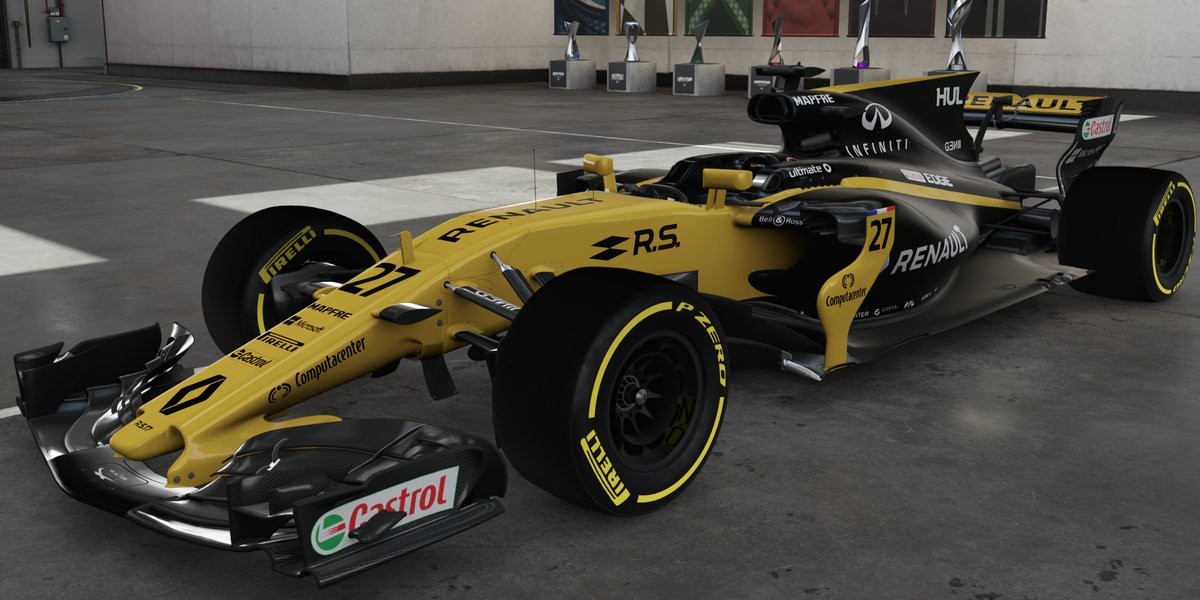 In the Forza Motorsport games, F1 cars have been featured. Classic cars are rather common but typically the only modern cars that have been in the games come from the team based in Enstone that we now know currently as Alpine. In FM6 the team went by Lotus with the 2015 E23, and in FM7 they were badged as Renault with the 2017 R.S.17.

But these cars are typically not in the Horizon games. Perhaps some would simply say, "well that's because F1 cars aren't road legal", and they would be right. However, Forza Horizon does let you drive other track-only cars in the open world. Such examples include the Pagani Zonda R, Ferrari 599 XX and FXX K as well as the Lamborghini Sesto Elemento.

So what is stopping them from adding F1 cars? If we were to have a modern F1 car added to the Horizon games, it would probably be either this or next season's Alpine car. After all, we've seen F1 cars in open world action within The Crew 2, which features the 2017 and 2018 Red Bull cars.

Since Forza Horizon 5 is set in Mexico, its important to ask how well the country is represented in terms of native cars? The last game took place in Britain which was very well represented, but currently the only Mexican car in FH5 is the VUHL 05RR. However, one of the many controversies on Top Gear back in the day included an uproar in response to Richard Hammond's remarks on a certain Mexican vehicle.

That car was the Mastretta MXT, which Hammond went on to review and actually praise in the end. He appreciated how uncomplicated it was. He also liked its handling and felt that the performance was pretty great too. It only produces about 250 horsepower from its 2.0-litre turbocharged Inline-4 but it also only weighs 900kg, so its a comparable product to something like a Lotus Elise.

There's also that Inferno Exotic Car with a 1,400 horsepower twinturbo V8, but whilst the design and engineering of that car is done in Mexico, it's actually produced in Italy. Anyway, it seems probable that the MXT will be added to FH5. We certainly hope so, as the car is pretty good.

What cars would you like to come to Forza Horizon 5? Tell us on Twitter at @OverTake_gg or in the comments down below!
Did you like this article? Please click thumb up or thumb down.


Submit
Tell us more
Tags: release, top lists, forza, forza horizon 5, xbox
By clicking on one of those buttons you are leaving OverTake.gg