Motorsport Manager: A Good Game that Could be Great

columnist
With Football Manager 2022 fresh on the market, I decided to take a trip down memory lane to investigate what stopped Motorsport Manager from achieving the same success.
Photo credit: Playsport Games

Playsport Games’ 2014 release Motorsport Manager is rare as far as racing games are concerned. Instead of allowing you to virtually drive racing cars, it instead gives you the opportunity to take the reigns as the team principal of a racing outfit. There have been other games like this, but few if any have seen the level of success that Motorsport Manager has enjoyed. 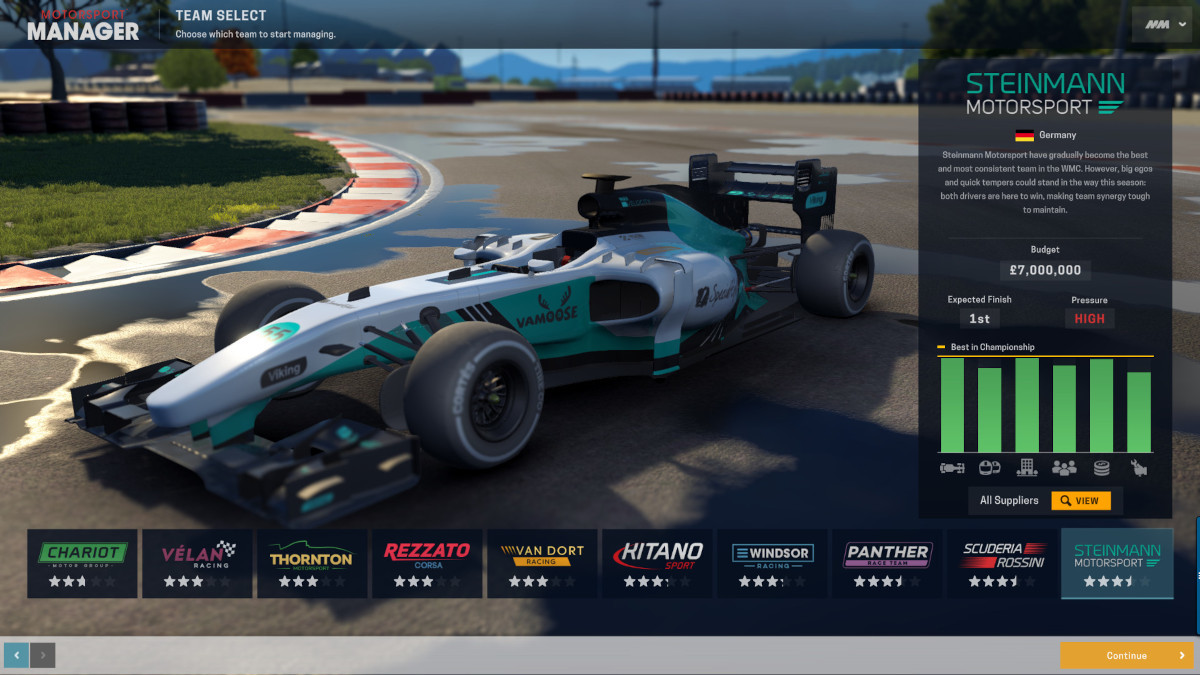 The more casual approach to a sports management simulator is not a problem in and of itself. After all, Motorsport Manager has received 91% positive reviews from Steam users. Such a high figure is not to be sniffed at.

However, the numbers detailing the number of hours each reviewer has spent playing the game fall short of mark set by Football Manager’s fanbase. So why is it that Motorsport fails to keep its players interested beyond a certain point?

To my mind, it all comes back to the game’s relative lack of depth as well as its lack of seriousness. The decision to go for a more casual approach strikes me as a peculiar one. To whom is Playsport attempting to appeal?

Casual fans of motorsport are far more likely to be drawn to racing themselves, rather than managing a racing team. It is, generally speaking, the more hardcore fans of racing that will be on the lookout for a management game of this sort. Therefore, it would make sense to design a game which takes itself more seriously, and which offers more depth, so as to appeal to this audience. 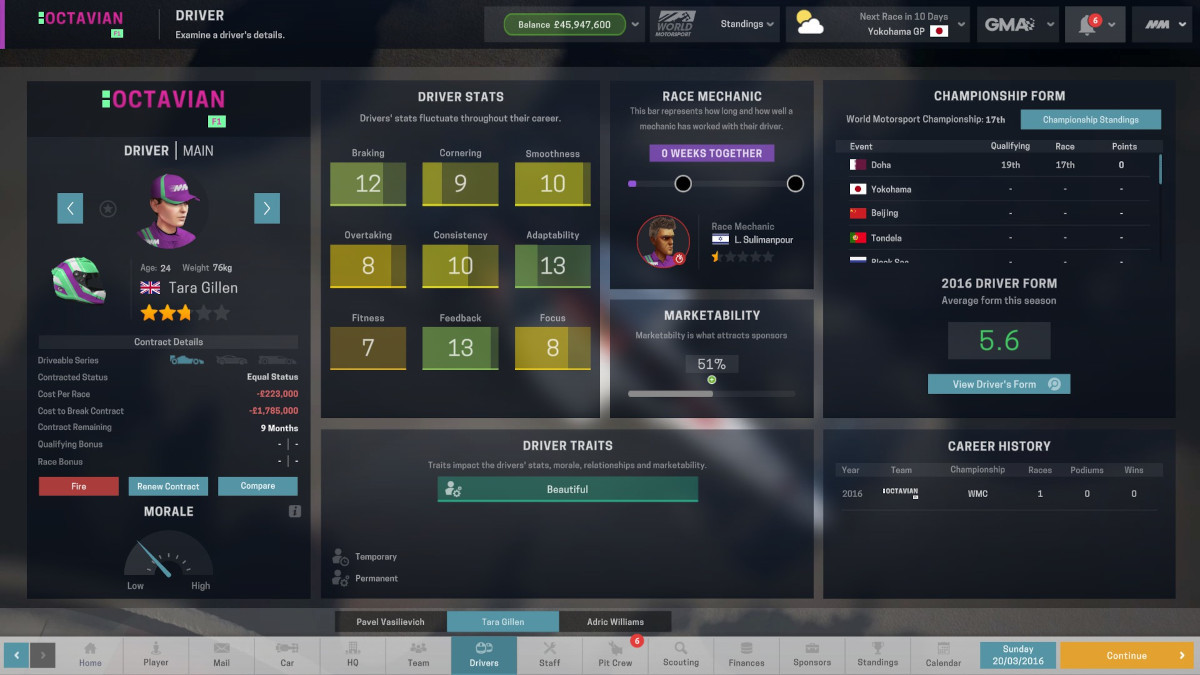 A game which lacks depth is less likely to hold the attention of its players for long periods of time. For instance, when your 5th driver in as many seasons joins a cult and therefore, for some reason, becomes far worse at driving their racing car, the novelty of the event wears thin. Similarly, being presented with slight variations on the same few social media messages after every race quickly becomes totally uninteresting.

Furthermore, when you have maxed-out your facilities and obtained the best staff, there is no chance that you will lose any championships beyond this point. Your success is self-fulfilling and it becomes guaranteed. This means that players who reach the pinnacle of their selected motorsport will have nothing left to play for.

It is interesting, almost tantalising, the game’s cinematic introduction features a deadly serious narrator setting the scene for you. The menu music which follows is low and intense, suggesting that the game you are about to embark upon will be filled with drama and suspense. 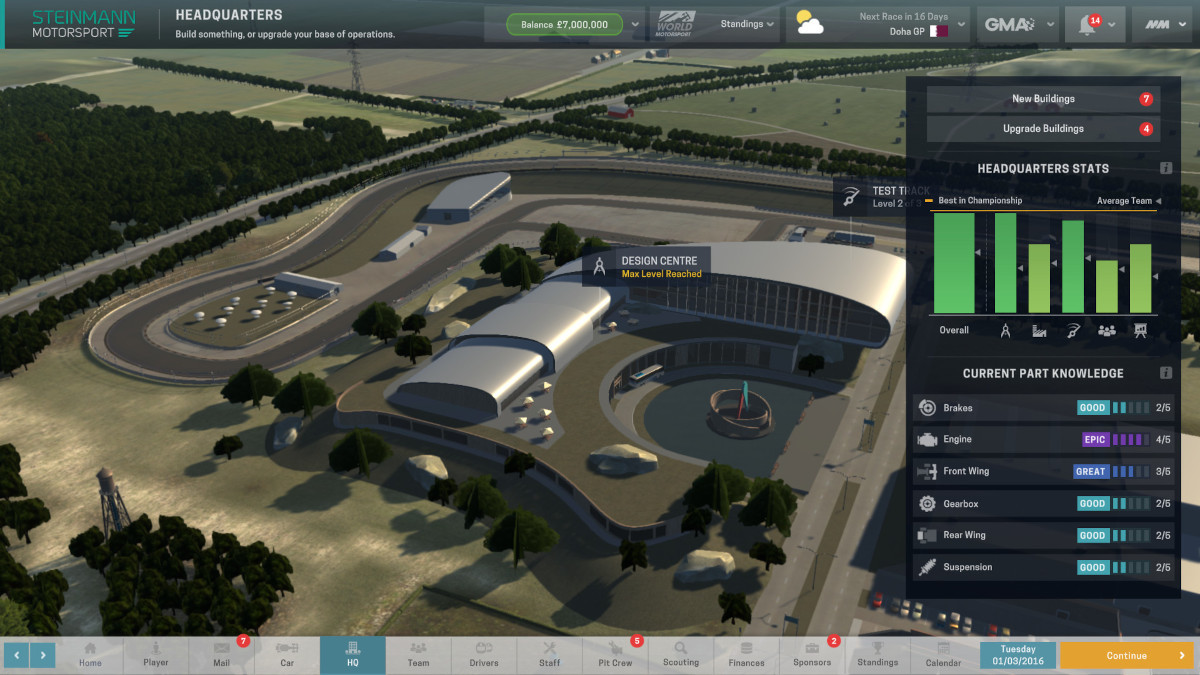 Maxing out your facilities leaves you with nothing left to fight for. Photo credit: Playsport Games

And yet it is not. Instead, you find yourself in the midst of a fun but forgettable experience in which your cartoon drivers are constantly getting up to wacky hi-jinks which either make them worse or better at driving your car.

If Playsport Games had followed through on the introduction with an in-depth, intense, and difficult game to match it, they may well have found themselves with a following similarly devoted to the game as that of the wildly successful Football Manager series. It is my sincere hope that, if a Motorsport Manager 2 for PC were ever to be released, it would travel such a path.

What would you like to see in future motorsport management games? Tell us your opinion by tweeting at @overtake_gg or leave a comment down below!
Did you like this article? Please click thumb up or thumb down.


Submit
Tell us more
Tags: opinion, arcade, gaming, mobile games
By clicking on one of those buttons you are leaving OverTake.gg