These F1 Drivers have created liveries for F1 2021

If you log into F1 2021 right now, you can start gaining XP and ranking up in the new series of the Podium Pass. This new season is particularly interesting on account of the fact that you can now earn items designed by McLaren's Daniel Ricciardo and Williams' George Russell.

Thankfully for players, you aren't required to purchase the VIP pass to be eligible to earn these items.

Starting with Daniel Ricciardo's items, players can pick up a stylised helmet which looks fairly similar to the Aussie's current helmet but with a more paintstroke-style, metallic glow finish in blue and yellow. This is unlocked at tier 5, while at tier 11 players can earn a set of gloves with a similar pattern on them in black, purple and white.

Tier 17 yields a driver suit which resembles the gloves in colour and pattern, and last but not least at the top tier, tier 30, access is gained to the livery itself. The livery combines the colours and patterns of both the helmet and the suit/gloves. 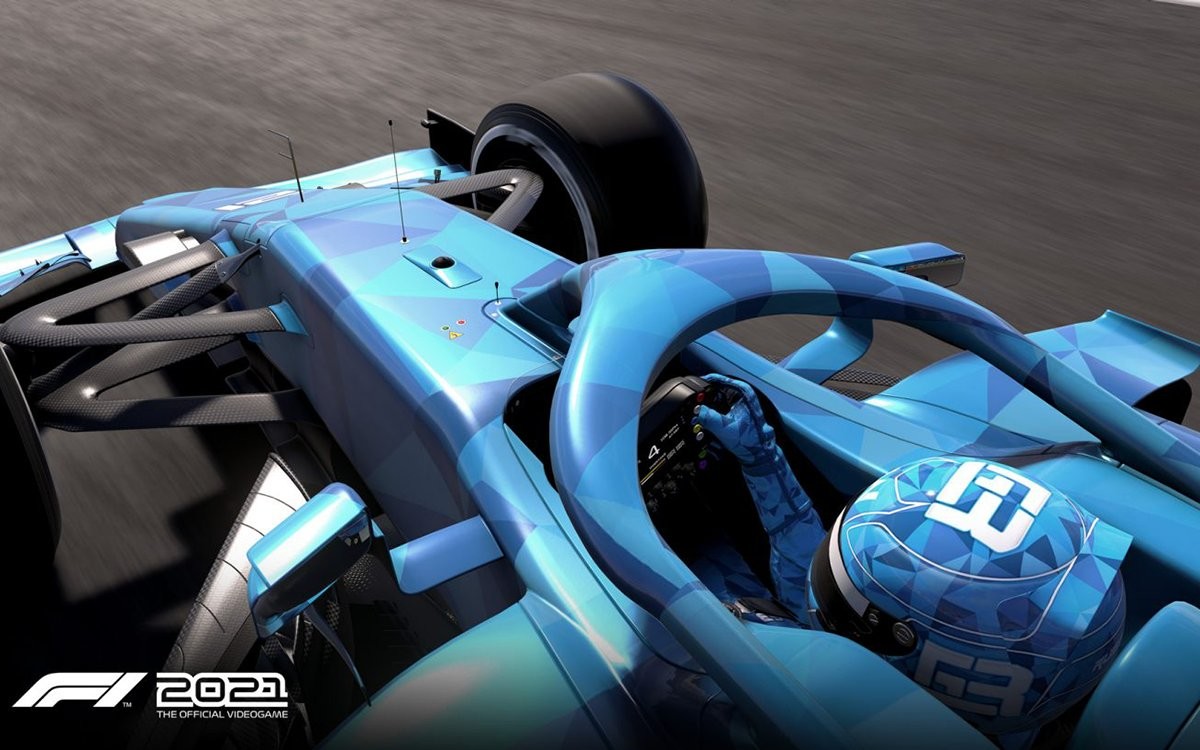 In stark contrast to Ricciardo's artsy, vibrant items, George Russell's designs are very neatly done. First up at Tier 3 are the gloves, which are blue and feature a triangular pattern which is retained for the helmet unlocked at Tier 7.

Then players have to wait a while before getting to the next Russell-themed item at Tier 21; the overalls. Again, these contain a triangular finish on a nice royal blue background. Then finally at Tier 24, there is the Russell livery which also features his name on the side and the Union Flag on the rear wing.

Seeing the F1 drivers being allowed to flex their creative muscles opens up a lot of possibilities for the future. With both Ricciardo and Russell design items for players, maybe we could see other F1 drivers who are artistically inclined like Lando Norris also be brought in to design a livery, helmet, suit and gloves as well.

Up until now, the only driver-aligned items have been ones from the fictional characters of the F1 2021 storymode Braking Point. Those drivers being Aiden Jackson, Casper Akkerman and Devon Butler.

What else is there?

Beyond the driver themed items, players can also acquire a selection of other items outside of just liveries, suits, gloves and helmets. These include post-race victory radio calls, badges for driver emblems, decals, personal stickers to put on the halo, and emotes to perform after winning a race. Buying the VIP pass and get to tier 28, will unlock the ability to do the Gangnam Style dance on the podium.

You can tell the age of the F1 game devs pic.twitter.com/3PPx9GY1gF

If you are interested in these items, be sure to get onto the game and start ranking up to earn all the items you want, as they're only available from now until 12 January 2022! In other F1 2021 news, the Jeddah circuit was added on Monday 15 November, and with it, the ability to enable equal car performance in Grand Prix mode.

Will you be trying to get any of the Ricciardo and Russell items on F1 2021? Tell us on Twitter at @OverTake_gg or in the comments down below!
Did you like this article? Please click thumb up or thumb down.


Submit
Tell us more
Tags: f1 2021, patch, community, codemasters, formula 1
By clicking on one of those buttons you are leaving OverTake.gg