After we reported on the leak of this PlayStation compatible entry-level direct drive wheel by sim racing hardware company Fanatec, pre-orders are now live for the wheel.

The Age of Direct Drive

When Fanatec unveiled the revolutionary CSL DD, it signalled a significant shift in the world of sim racing hardware. Until this point, direct drive wheels were out of the realms of possibility for people who couldn't afford the upwards of €2,000 for these incredible pieces of equipment, but Fanatec sought to change that.

The much smaller wheelbase may have produced about a fifth of the power of its bigger brother, but for about a quarter of the cost. Unfortunately for PlayStation players though, the CSL DD is only compatible with PC and Xbox.

The CSL GT DD Pro is the answer to PlayStation gamer's concerns after Fanatec announced they'd be partnering up with Polyphony Digital and PlayStation Studios to bring direct drive technology to a wider audience at a more consumer-friendly price. Speaking of price...

What you can get 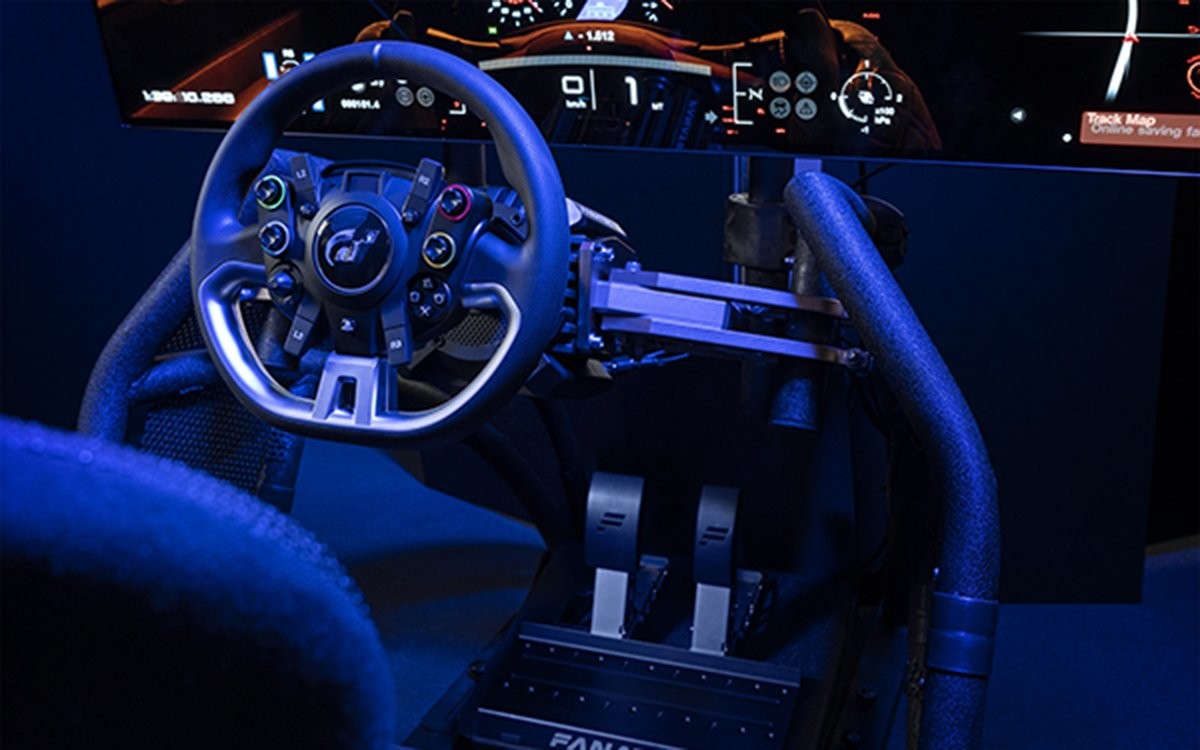 The CSL GT DD Pro will no doubt be the wheel that many PlayStation gamers will be wanting on their rigs at home. Image credit: Fanatec

Finally, for €969.85 (including VAT), the two-set pedals are switched out for a load-cell three set. All of these will be delivered to those who pre-order whichever editions they want in time for Gran Turismo 7 launching in early March 2022, but if you can't wait that long, you can order the basic edition through Express Shipping on the official Fanatec page for €849.95 and get your Fanatec CSL GT DD Pro wheel, wheelbase and pedals in time for Christmas!

What is currently not known is if players can order the wheel and wheelbase without the pedals. Many players have been asking if they can get the Clubsport V3 load-cell pedals instead, but it would seem you cannot buy the CSL GT DD Pro without the pedals they come with.

The Premium Bundle included the GT DD Pro, the Boost Kit 180 and the Load Cell Kit for the pedals!

In any case, there is no doubt that many players will be on their way to Fanatec's site to make their pre-orders, as direct-drive technology is being brought to the PlayStation for a somewhat decent price.

Will you be pre-ordering the Fanatec CSL GT DD Pro? Tell us on Twitter at @OverTake_gg or in the comments down below!
Did you like this article? Please click thumb up or thumb down.


Submit
Tell us more
Tags: hardware, announcement, gran turismo, gaming, playstation
By clicking on one of those buttons you are leaving OverTake.gg