You can now drive the Mercedes W12 F1 car on iRacing!

Lewis Hamilton's 2021 F1 car is now available to drive on iRacing, as are many other new additions. Here is all the information to bring you up to speed!
Image credit: iRacing

Approaching the end of the current F1 season, as of 7 December 2021 you can now drive the Mercedes W12 Formula One car on iRacing. Seven-time F1 world champion Lewis Hamilton will be racing the car one last time this weekend on the newly reconfigured Yas Marina circuit to win a record-breaking eighth world title, and he's locked in a titanic battle against Max Verstappen, which sees them heading into the final round tied on 369.5 points.

We covered the announcement back in September that iRacing and Mercedes were teaming up to bring not only their 2021 contender but also, eventually, next season's car. With Mercedes wanting to keep their cards as close to their chest as possible, they've understandably asked for the car to be released close to the season's end, so perhaps we shouldn't expect their 2022 car until this time next year. It's possible they could release it earlier, but certainly not today since the car probably hasn't even been completed yet!

iRacing's official podcast Downshift in their latest episode had Mercedes' Motorsport Strategy Director James Vowles on to discuss the process in getting the car added into the game. Vowles professes to being involved in sim racing with his friends where they host a Tuesday night league, and also that Mercedes' simulator drivers have tested the W12 on iRacing and remarked on how realistic it feels.

Also with the new season, the Honda Civic Type R TCR (FK8) and Hyundai Elantra N TCR have been added to the iRacing service, which are the first TCR cars added to iRacing since the Audi RS3 LMS TCR was brought into the game in September 2019. The Civic and Elantra will be placed in the C-class iRacing IMSA Michelin Pilot Challenge and D-class Touring Car Challenge for 2022 Season 1. 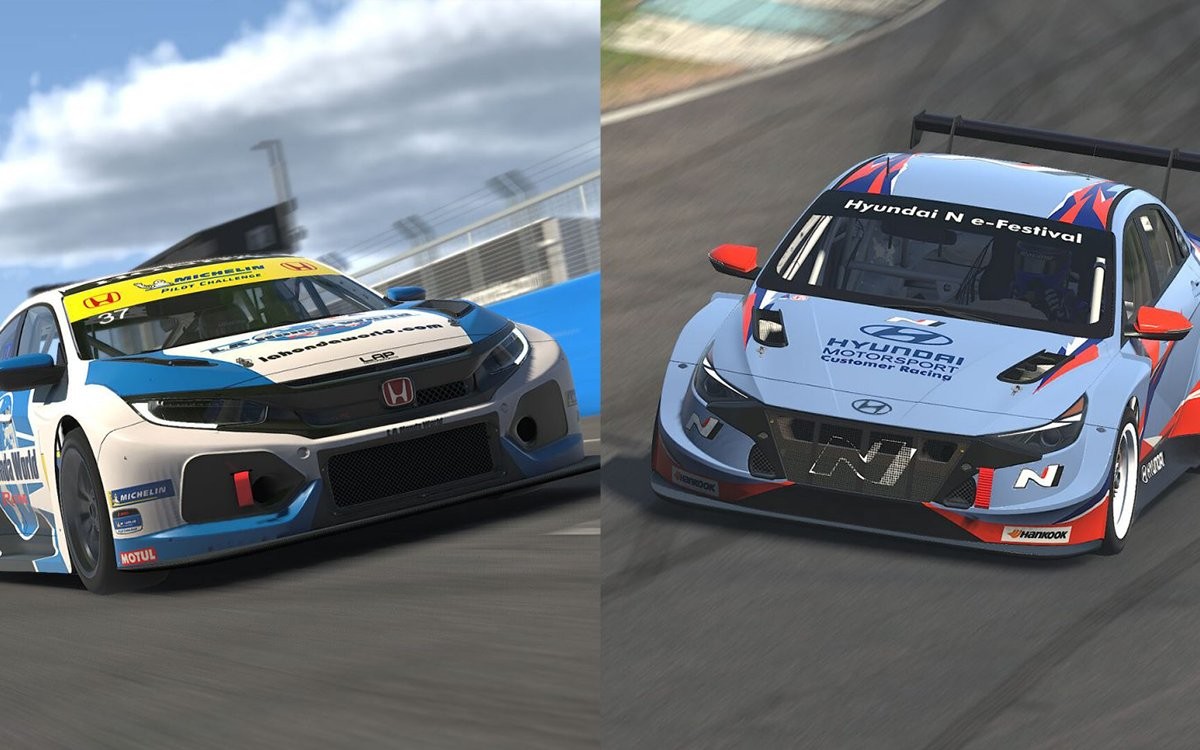 The leading Japanese and Korean car brands have translated their market success to racing in WTCR. Image credit: iRacing

The FIA World Touring Cars adopted TCR class cars after 2017 when they merged with the TCR International Series. Essentially this was to cut down on costs, since the TC1 cars used until 2017 were bespoke racing cars made to resemble the showroom mass production cars whilst TCR cars are effectively the actual showroom cars stripped down and modified to make them a bit quicker. They've proven very popular and produced close racing.

This new patch also sees the iRacing debuts of Knockhill Racing Circuit, the Porsche Experience Centre situated in the infield of the Hockenheimring, and a very heavily requested all-new rescan of Watkins Glen International. The inclusion of Knockhill on iRacing was confirmed back in December 2020 along with Grand Prix venues such as the Hockenheimring, the Red Bull Ring and the Hungaroring.

The Scottish circuit hosts British Touring Cars, British Superbikes as well as domestic Formula Ford racing (which tend to host all eight of their events at this track). It stands at only just over two kilometres long and has undulation that rivals that of the Nordschleife! Not only can you race all the many different road course versions of Knockhill (well, two. The others just being anti-clockwise versions), but also the rallycross course. 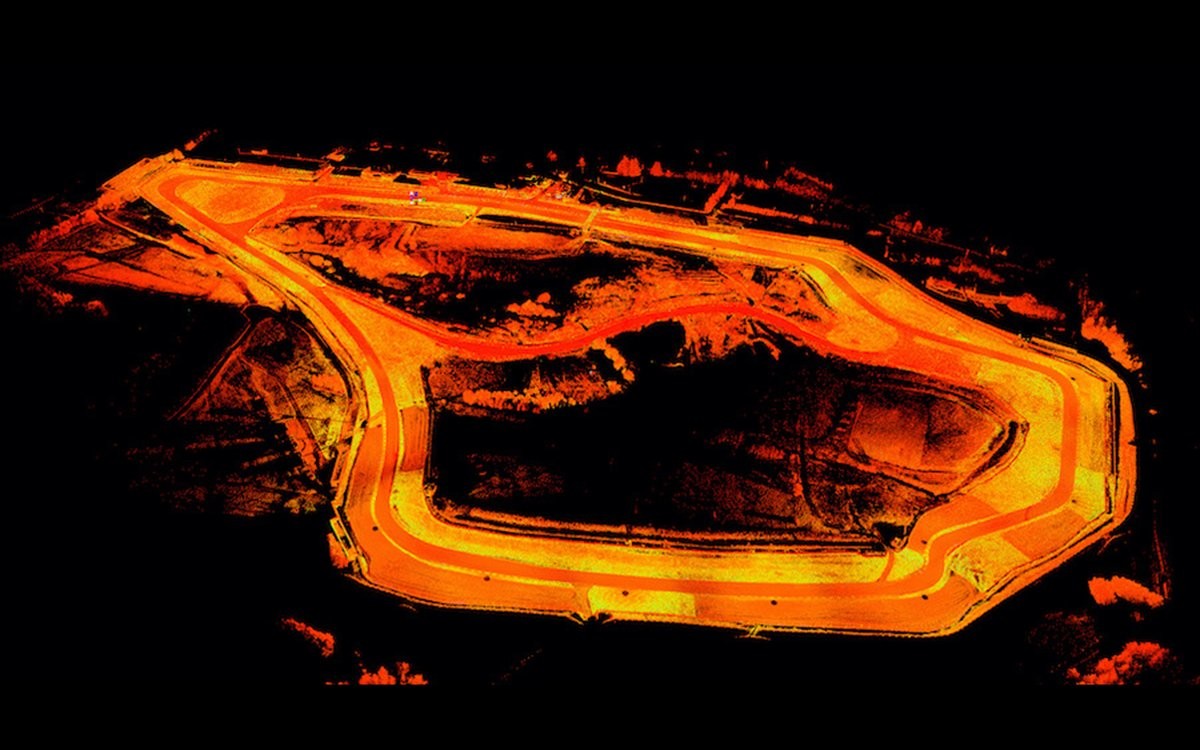 The very short layout of the Knockhill circuit will present a major challenge to players. Image credit: iRacing

There's also the Hockenheim Porsche Experience Centre with four different layouts that have been added today. Opened in late 2019, the venue is used as a base to provide tutoring to driving enthusiasts. These include an East, West, Outer and Handling course, and will be available to all users who already own the Hockenheimring.

As for the Glen, this track has been on the iRacing service since the very beginning back in 2008 but has never been rescanned since. The track is one of the most well known in North America, having hosted the F1 United States Grand Prix from 1961 to 1980, and in recent years has seen both the NASCAR Cup and Xfinity Series, the IMSA Sportscar Championship with the 6 hours of Watkins Glen and also IndyCar race at the famed Upstate New York venue.

The updates to the track include reworking some corners, runoff and moving the start/finish line to its up-to-date location. The logo has been updated as well. These are all very welcome changes since the community has been crying out for a change to the Glen on iRacing for years.

Within the next year, other bits of content confirmed to be coming to iRacing will be added. One of which is a big one: the ability to have rain in races, something the community has been wanting for a very long time indeed.

Also included will be Brazilian Stock cars, updated versions of Indianapolis and Atlanta Motor Speedway (the latter of which iRacing had a hand in developing), the 1987 Buick LeSabre NASCAR and even a brand new NASCAR venue in LA Coliseum. This event was made possible thanks to iRacing, with a couple of Cup Series drivers running laps around the virtual venue during the development phase.

"This is gonna be somethin' you DO NOT wanna miss."@ClintBowyer, @TylerReddick and @jamiemcmurray take a few @iRacing laps around the LA Coliseum during NASCAR Race Hub. pic.twitter.com/4vzzcRgrEu

The Los Angeles Memorial Coliseum is the home stadium for the USC Trojans university-level American football team and it also hosted the 1984 Summer Olympics. It will host the 'Clash' exhibition race as the first major event on the NASCAR schedule next year.

Stay tuned to OverTake.gg for further news about iRacing when it's revealed.

Will you be buying the Mercedes W12 on iRacing? Tell us on Twitter at @OverTake_gg or in the comments down below!
Did you like this article? Please click thumb up or thumb down.


Submit
Tell us more
Tags: iracing, patch, nascar
By clicking on one of those buttons you are leaving OverTake.gg