You can now race as the 2021 F2 drivers on F1 2021, plus there's a couple of other things added today in the latest patch by Codemasters.
Image credit: Codemasters / EA

As has been the case since F1 2019, Codemasters started the F1 2021 game off with the FIA Formula 2 drivers and teams line-up from the previous season, before adding in the current season's roster.

If you update the game now, you can race the 2021 F2 season lineup which includes Oscar Piastri, the Alpine reserve who looks set to win the championship in his rookie season but won't be graduating up to F1 next year. Another aspect that is featured with the new F2 season content is the weekend format, which saw a huge overhaul heading into this season.

🏁 Experience all the teams, cars, and drivers of the thrilling @Formula2 2021 season in our free update – live now on all platforms

The format was upped from two to three races per weekend. It now has two sprint races beginning the weekend with the qualifying results and top ten from the qualifying session being reversed to set the grid for the first race, then the top ten from the first race being flipped for the second race. After that, there's the final 'feature' race with the initial qualifying results. The revised format has proved rather unpopular with fans and will be scrapped for next season.

Nevertheless, Codemasters have allowed players to use the 2021 format so don't think it's a glitch when you qualified on pole with the new F2 cars and you start tenth for the first race. This is normal.

On the other side of the Aston Martin garage, Lance Stroll has taken a step down. His racecraft may have risen by one but that's the only rise for any of his stats, as his Pace has dropped by two, and his Overall Rating by one. Meanwhile, Mercedes' Valtteri Bottas has had his Racecraft, Pace, and Overall rating drop by one point each. 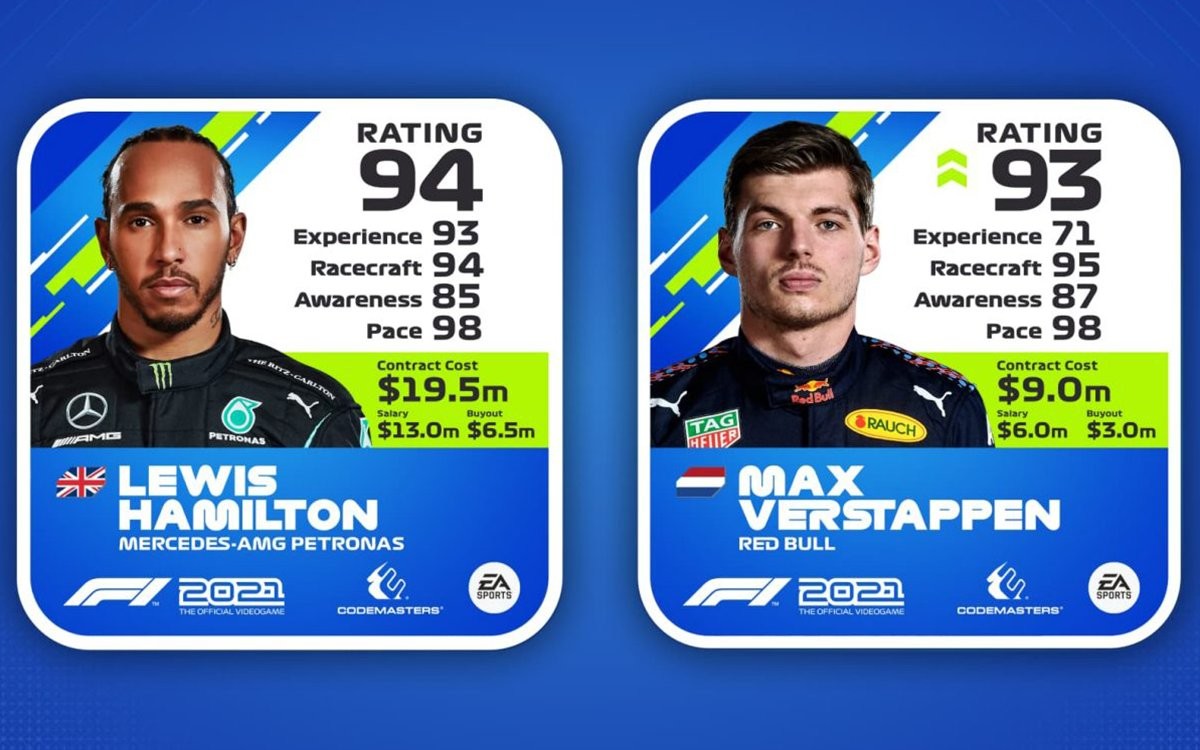 Whilst Hamilton's stats remain from the previous driver card update, Verstappen's Racecraft, Pace, and Overall rating have gone up by one each meaning he's only one point away in overall rating from the seven-time champion.

In their patch notes, Codemasters have said they've amended some issues including a general lack of force feedback for Logitech G923 players on PC, reducing time between stops when a team is double stacking cars in the pits, they've adjusted track limits at Turns 1 and 14 at Portimão and more.

That's all for this update, which may very well be the last significant content addition for F1 2021. However there will likely be various fixes and perhaps balance changes applied to the game into 2022.

Will you be driving the 2021 F2 cars on F1 2021? Tell us on Twitter at @OverTake_gg or in the comments down below!
Did you like this article? Please click thumb up or thumb down.


Submit
Tell us more
Tags: patch, f1 2021, formula 1
By clicking on one of those buttons you are leaving OverTake.gg