Could we see these tracks and cars in Assetto Corsa Competizione?

The famed GT3-dedicated racing simulator has benefitted handsomely from its official partnership with the SRO Motorsports Group. So realistically, what could be coming next to Assetto Corsa Competizione?
Image credit: Kunos Simulazioni

The SRO Motorsports Group's partnership with Kunos Simulazioni resulted in Assetto Corsa Competizione being made the official game of the GT World Challenge; the premier GT3 racing series in the world. Initially, this was branded as the Blancpain GT Series back when the game launched in 2018.

Since then, other SRO championships have come into the game such as the Intercontinental GT Challenge and British GT, and with it all the cars and tracks included alongside the base GT World Challenge Europe content. But still, there is plenty of content from other SRO-affiliated series that could realistically make it into ACC, and that's what we are here to talk about.

But before we do: no, the Nordschleife and Le Mans will not be on this list. Unless SRO ever have one of their championships race on those iconic tracks at some point in the future, you can likely kiss your hopes of seeing them on ACC goodbye. Now that's out of the way, let's get on with the content we could see on the game.

When the 2020 season was restructured after the initial COVID lockdowns, two tracks joined the schedule, the Imola and Magny-Cours circuits. With the tracks being laser-scanned, it wasn't realistic to believe that during the height of travel restrictions that any new tracks could be scanned into ACC on such short notice.

Kunos were able to add Imola since they already had the data for that track when it was added into the original Assetto Corsa. This wasn't the case for Magny-Cours, nor was it for any other new track since then, including the reprofiled Zandvoort and Barcelona circuits, and the Circuit Ricardo Tormo which hosted a Sprint round in 2021. But, there's a heavy suggestion that at least one new European track will be coming to the platform.

In 2021, the GT World Challenge Europe Endurance Cup drivers participated in the Fanatec Esports GT Pro Series, this being a set of one hour races held on ACC the day before an Endurance Cup round using the same track. Drivers from the Pro and Silver Cup categories raced at Monza, Paul Ricard, Spa-Francorchamps, Nürburgring and Barcelona.

As of next season, the Nürburgring will be swapped out for Hockenheim on the European schedule. If the Fanatec Esports GT Pro Series continues to exclusively follow the Endurance leg of the season, it's safe to say Hockenheim will find its way into ACC before next September.

Next up is one that looks all-but-certain to happen, at least to some extent. In the last few seconds of the most recent update video on the official Assetto Corsa YouTube channel, the developers showed glimpses of what looks undoubtedly like Circuit of the Americas, the host circuit of the United States Grand Prix.

Could this mean that other American tracks might soon be featured? SRO have been in control of the GT World Challenge America since they acquired the pre-existing Pirelli World Challenge series heading into 2019. 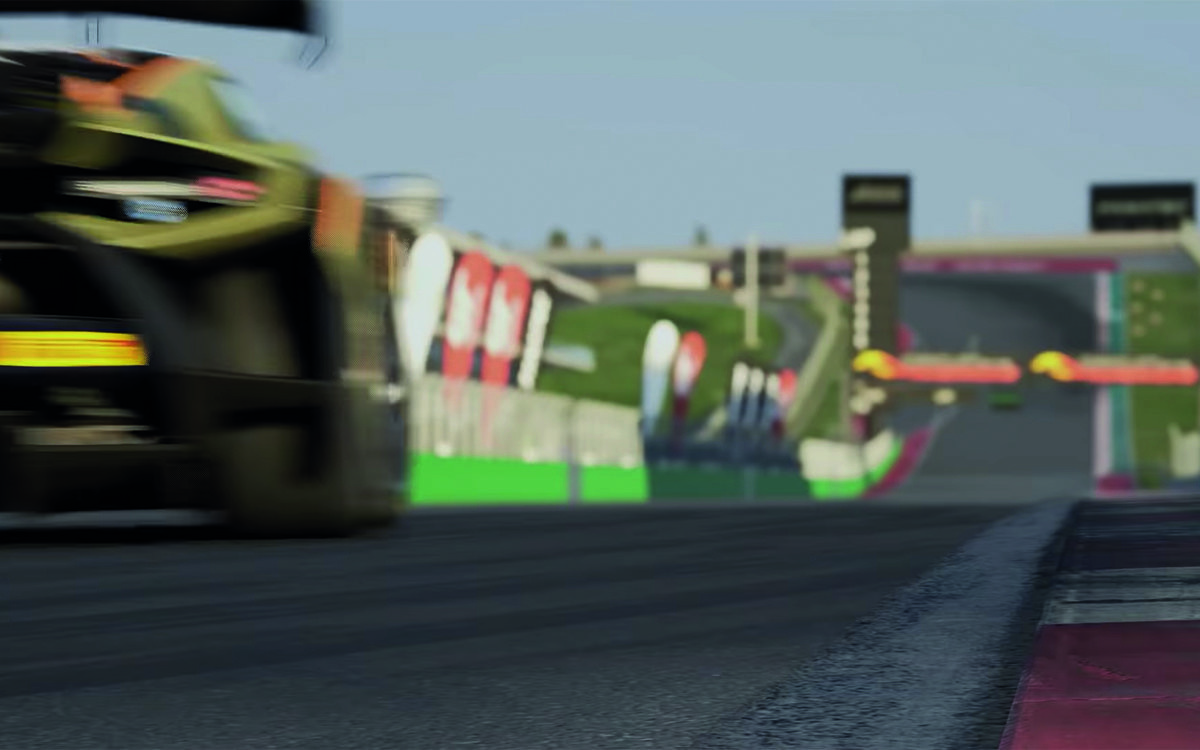 Since COTA seems to be on its way, could more American tracks also be coming to ACC? Image credit: Kunos Simulazioni

Just some of the tracks that they've raced at in that time include Road America, Watkins Glen, Virginia International Raceway, Sonoma Raceway and Mosport Park. Most prominent was the Indianapolis Motor Speedway, which effectively replaced Laguna Seca as the host of the American round of the Intercontinental GT Challenge. There are many more in America alone, but we haven't even touched upon the Asian circuits.

Since 2017, the GT World Challenge Asia series has visited many renowned circuits. Examples such as Malaysia's Sepang, Chang in Thailand, Japan's Fuji Speedway, Shanghai in China, the Korea International Circuit are all intriguing prospects, and next year they will be racing on the new Mandalika circuit in Indonesia. That's not even accounting for the GT World Challenge Australia tracks like Phillip Island, Sandown and The Bend.

During 2021, esports racers from all corners of the world attempted to qualify for their designated SRO Esports championships. Europe-based drivers qualified for the European series, drivers from the Americas had the American series and drivers based in Asia and Oceania competed in the Asian series.

However, the schedules weren't that dissimilar due to there being no selection of American, Asian and Oceanic circuits aside from Laguna, Suzuka and Bathurst. So with COTA coming soon to the game, could this foreshadow an influx of circuits from outside of Europe coming to Assetto Corsa Competizione?

Currently in ACC, there are the GT3 cars we've all become accustomed to, and there are also GT4 cars. But what else could be added?

In 2021, a new championship using the GT2 denotion ran on the undercard to the GT World Challenge Europe. The GT2 European Series is mainly for more amateur, older drivers. The cars themselves are more powerful than their GT3 counterparts, but they are also heavier and have less aerodynamic assistance in the corners.

There are GT2 versions of pre-existing GT3 car models like the Porsche 911, Lamborghini Huracán, Audi R8 and Ferrari 488 but there are also unique models like the Brabham BT63 and the KTM X-Bow GTX. All very amazing cars, but they perhaps won't gather as many headlines as another set of cars that first hit the track in 2021.

It's a promising end to practice for @KTM_Racing & @Reiter_Engineer! 🏎️💨

During the final weekend of the GT World Challenge Europe season, a non-competitive first running of the GT1 Sports Club took place. In this, some of the world's fastest track-focused hypercars shared the track and went around at speed. These included the McLaren 720S GT3X, Senna GTR and P1 GTR, the Porsche 935, LaFerrari FXX-K, Pagani Zonda Revolución and the Lamborghini Essenza SCV12.

Since these cars were not competing, an argument could be made that including them in ACC wouldn't be appropriate, and that having them in the game would just be like loading up time trial on the original Assetto Corsa. But the GT1 Sports Club was still an officially-sanctioned event by SRO so perhaps they should be added to ACC. Maybe we will see these hypercars as well as the GT2 cars come to the platform.

Here's the story behind #GT1's successful prologue at 🇪🇸 @Circuitcat_eng this weekend! 📰

Other than that, there could also be Porsche Cup, Ferrari 488 Challenge and BMW M2 CS cars also added along with the new SRO-supported Lamborghini Super Trofeo EVO2 cars. The additions of these would make Assetto Corsa Competizione an even more complete title.

What would you like to see added to Assetto Corsa Competizione? Tell us on Twitter at @OverTake_gg or in the comments down below!
Did you like this article? Please click thumb up or thumb down.


Submit
Tell us more
Tags: top lists, rumour, assetto corsa
By clicking on one of those buttons you are leaving OverTake.gg