With the second running of the 24 hours of Le Mans Virtual taking place on 15-16 January, the entry list has just been announced. Who is in alongside the usual LMVS participants?
Image credit: @LeMansVirtual

After four rounds of the Le Mans Virtual Series, it is all set to culminate in the grand finale, which is the second running of the Le Mans 24 Virtual. Initially set to be an on-site event at the Autosport International show before that event was postponed, it will now revert to being an online race like the rounds on the Monza, Spa-Francorchamps, Nordschleife and Sebring circuits.

Going into the last round, the #4 Floyd ByKolles-Burst entry leads the LMP class by half a point over #123 Team Redline, whereas the #71 BMW Team Redline leads the GTE class by a much healthier 12.5 points over the #91 Porsche Esports Team entry. The series will be dividing its $250,000 prize pool, with half of it going to teams based on the final standings and the other half decided by the results of the Le Mans 24 Virtual.

There are a bunch of drivers and teams joining just for the last round. So who are some of the biggest names we will be seeing compete in the second rendition of the 24 hours of Le Mans Virtual?

F1 world champion Max Verstappen will be returning to the event after being the victim of an rFactor 2 software glitch in the first running. He will share the #123 Team Redline entry with IndyCar driver Felix Rosenqvist, Maximilian Benecke and Atze Kerkhof.

🦁The 2021 #F1 Champion @Max33Verstappen is in the #LeMansVirtual house!

Esports racing giant Veloce Esports has in recent years taken a bit of a backseat as a racing team in the virtual world, instead opting to manage esports teams on behalf of other brands. Now, however, the Veloce brand will race in Virtual Le Mans running a solitary entry in the LMP class. 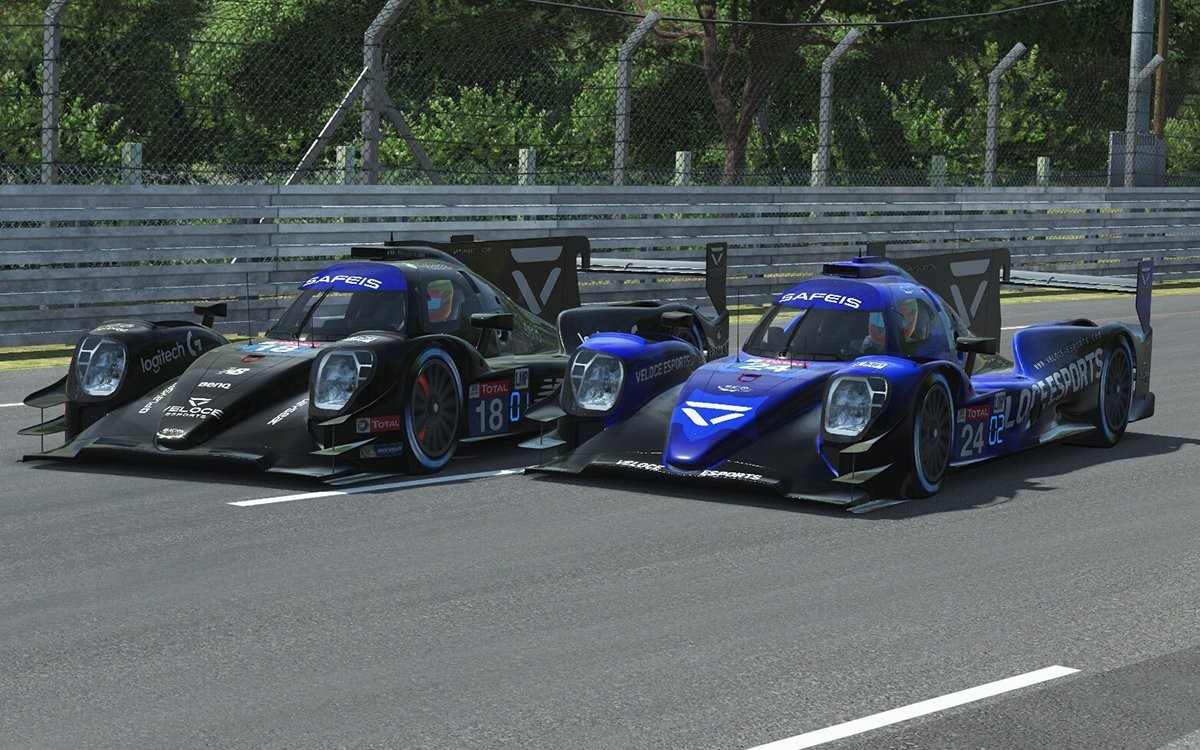 Le Mans 24 Virtual will see Veloce returning to the virtual racing scene under its own name. Image credit: Veloce

Along with their own entry and running the YAS HEAT team, a third Veloce affiliated team will be competing in the LMP class. That team being Mercedes AMG Petronas Esports Team, the esports team of the eight-time consecutive F1 constructor's champions.

It's no surprise to anyone that their LMP class entry will consist of two-time F1 Esports champion Jarno Opmeer. He will be joined by his compatriot and dominant rFactor 2 Formula Pro champion Bono Huis (who as part of the #123 Team Redline entry won the Spa and Nordschleife races), Mercedes DTM driver Dani Juncadella and 2015 GT4 British GT champion Ross Gunn.

Another welcome participant into Virtual Le Mans is a team representing the WSeries, the all-women single seater championship. The series had its first season in 2019 racing as a support series to the DTM and its second season last year alongside F1 Grands Prix. The 2020 season was called off during the pandemic and in its place they ran an Esports League, with 2019 runner-up Beitske Visser claiming victory there, who will be racing the MAHLE entry in the LMP class.

We’re excited to be part of this year’s @LeMansVirtual, with @BristolStMotors joining us as our principal partner. 👊

Head to our website to find out about our all-female team featuring #WSeries drivers and talented sim racers. #LeMansVirtual #BristolStreetMotors

The team will run an all-women lineup in their BMW M8 GTE, and will consist of WSeries drivers Fabienne Wohlwend and Ayla Ågren along with McLaren Shadow sim racer and OverTake Dream Team Series competitor Emily Jones. Making up their other designated sim racer entry is Lyubov Ozeretskovskaya who is a real world racer from Kazakhstan but is heavily involved in sim racing. Lyubov competed in the VCO ProSIM Series with her husband Vladimir Ozeretskovskiy and streams under the username LoveFortySix.

This is a name rich with motorsport history. They've ran Aston Martin's Le Mans outfit, BAR in Formula One and Subaru in World Rally with legendary drivers like Colin McRae, Richard Burns and Petter Solberg. This is their first foray into esports, and they'll be racing an Aston Martin Vantage in the GTE class.

Proud to announce a new challenge for us with the formation of the Prodrive E-Sports Team. 🎮

Prodrive will be fielding an all real-world racer lineup. First up is World eX runner-up Lasse Sorensen, then Scottish Formula Ford racer Logan Hannah, 2020 Nürburgring Langstrecken Serie SP9 champion David Pittard and 2019 GT4 British GT champion Tom Canning. Choosing not to field any professional sim racers will mean they're doing what Penske did in the first running, so it will be interesting to see how well they will do.

From one name with rich motorsport history to another, Pescarolo is a name that has its history aligned with Le Mans. Henri Pescarolo is a four-time overall winner of the 24 hour race and has competed in the event a record setting 33 times! He also operated his own team that raced at Le Mans, but the name has been out of the sport for a while. 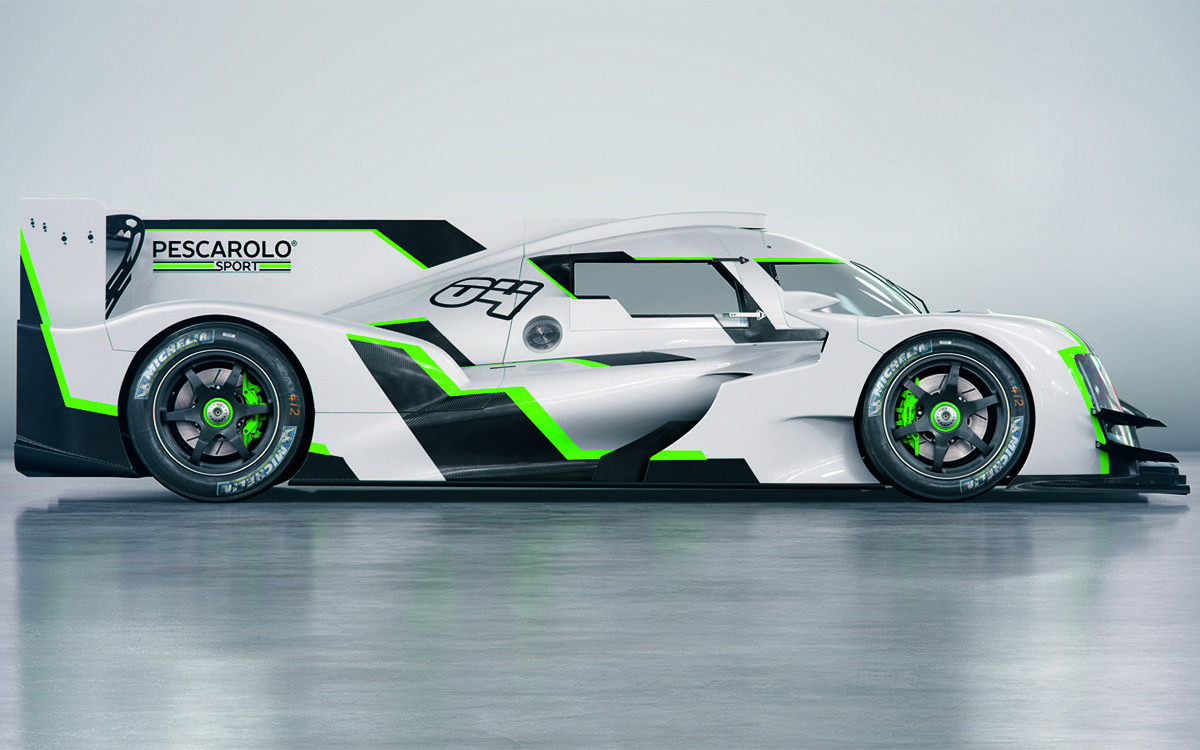 Will the presence of Pescarolo in this event indicate this iconic name is setting up for a real world return? Image credit: Pescarolo Sport

Alongside the first four Le Mans Virtual Series rounds, a support series called the Le Mans Virtual Cup was held. The top two from that were Luca D’Amelio and Christopher Högfeldt, and they automatically earned a spot in the 24 hours of Le Mans Virtual as part of the LMVS Guest Car entry. But who will they be sharing the car with?

Join us in congratulating the pair 👏 pic.twitter.com/QY0Uaqbfbp

Their teammates will be the father and son pairing of Juan-Pablo and Sebastian Montoya. The two-time Indy 500 winner and multiple-time F1 Grand Prix winner competed in the first running of Virtual Le Mans with Penske, and will undoubtedly be sharing the same simulator with his son as he did many times during the virtual races in the first half of 2020.

Update 12/01/2021: Renowned YouTube sim racer Jimmy Broadbent has just now been confirmed to participate in the race. He will be racing with our very own René Buttler as part of the #56 Team Project 1 x BPM entry.

The race will begin at 2:00pm CET on Saturday 15 January, and qualifying will take place the day before with the stream starting at 7:00pm CET. Be sure to watch as the second rendition of the 24 hours of Le Mans Virtual is set to be just as big as the first!

Who do you think will win the 24 hours of Le Mans Virtual? Tell us on Twitter at @OverTake_gg or in the comments down below!
Did you like this article? Please click thumb up or thumb down.


Submit
Tell us more
Tags: rfactor 2, le mans, esports, competitive
By clicking on one of those buttons you are leaving OverTake.gg