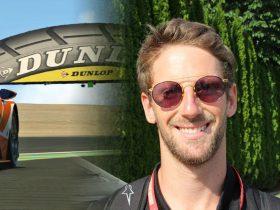 Grosjean to race in 24H of Le Mans

Every year, the ADAC Sim Racing Expo provides a showcase for new racing games and simulation tech. Here is what to expect from the 2021 edition.

For all things esports and sim racing, the annual ADAC SimRacing EXPO is just around the corner. The convention has everything to appease all kinds of virtual racing fans and after a year with no attendees, the event is back and will take place over the weekend of 17-19 September near the fabled Nürburgring Nordschliefe.

Attendees can expect some showcasing of the next generation of sim racing hardware, such as the plethora of consumer-friendly costing direct-drive wheels announced by Fanatec and Thrustmaster in recent weeks.

The first official livestream of the event kicks off on Friday 17 September at 09:55 CEST with an introduction and a welcome, followed by a showcase of various new products. Come 14:20 and there will be the first major race of the convention with the TCR Virtual Showcase. After that, there is then a RaceRoom VIP event from 16:30.

Day two – Saturday 18 September – begins at 08:00 CEST with a showcase of the new entry level direct drive wheel by Fanatec, the CSL DD. However the highlight of the day for some will likely be a big announcement from the Virtual Competition Organisation (VCO), who are believed to be revealing their roadmap for future major esports racing events at 12:00.

Half an hour after that will be the Sim Racing Community Trophy Final with both a qualifying session and a grid walk before the race which lasts until 13:30. VCO will be back on stage to present the second showing of their SIMMY awards, highlighting the best in many areas of sim racing in which they’ll be handing out awards for this expo’s best hardware announcement, booth activation, booth concept, teambox design and driver who competes across all the expo races held over the weekend.

After that is the another one of the many races, the ADAC Digital GT500 which will have qualifying and a one hour race. Following that is the Sim Racing Professional Trophy beginning at 16:45 but not before a small segment from Fanatec. All this and more is lined up for day two of the ADAC Sim Racing Expo.

Moving into the final day, Sunday 19 September with the stream starting at 10:00. The second race of the ADAC Digital GT500 takes place, with it being a two hour race, double the length of the first race on the previous day.

Who will be there?

All kinds of hardware brands, game developers, and esports teams are lined up for the expo. These include 505 Games and Kunos Simulazioni, Actoracer, Fanatec, Benq/Mobiuz, VCO, Next Level Racing and many more!

Then you have the sim racing events taking place as mentioned above. The Community Trophy, Professional Trophy, GT500 and TCR Virtual, which all have some big name teams and drivers taking part.

Another day, another pair of #DigitalGT500 teams: @bscompetition and @uranoesports join us on the grid at #SimRacingExpo. Welcome to the competition!

Want to see them in action live? Get your Expo tickets here: https://t.co/JTS7TNBQnn#Road2SRE pic.twitter.com/Jjei6pihLN

So there’s plenty to look forward to! If all of this sounds like your kind of thing, then be sure to follow their official Twitter account @SimRacingExpo to find out how you can watch the livestream of the action across all three days.

Will you be tuning in to the ADAC SimRacing EXPO? Tell us on Twitter at @OverTake_gg or in the comments down below!