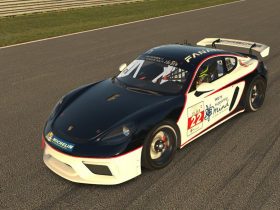 Perhaps one of the most renowned esports organisations in the world, could FaZe Clan be expanding into esports racing?Image credit: @RawGatorYT

When you think of competitive esports, you think of FaZe Clan. They’re involved in many of the mainstream video game championships, such as Counter-Strike: Global Offensive, Fortnite, Player Unknown’s Battlegrounds, FIFA, Rainbow Six Siege, VALORANT, Halo, and most recently they joined the Rocket League competitive scene as well. However, without a doubt, FaZe Clan is most renowned for competing in Call of Duty‘s esports championships.

Across all the many series they have competed in over the years, they have 31 championships to their name. The clan is also known for their influencers and content creation which earned them over 345 million combined followers across all social media platforms, according to a Linkedin post by the organisation. But could the most renowned competitive esports organisation in history be about to join in on the fun in sim racing too?

Plenty of teams known more for mainstream esports have been joining the sim racing side over the years. Perhaps the most prominently known example is G2 Esports, with other examples being Lazarus, Wolves and Unicorns of Love.

What suggests this may happen?

This came to our attention when gaming YouTuber Daithi de Nogla, who has over seven million subscribers, posted a now-deleted tweet with him on a FaZe-branded racing sim rig and making a joke referencing his friend Terroriser saying “just spent $30,000 on this” (Terroriser bought a sim rig from Lando Norris’ dad’s simulator company Cool Performance). The rig itself featured Fanatec Clubsport pedals and a NASCAR style wheel.

With FaZe Clan being an American-based organisation, NASCAR would naturally be the most likely form of racing they’d gravitate towards. In late February 2020, NASCAR themselves had been negotiating with FaZe Clan to get them involved in racing and went as far as sending them an iRacing rig. NASCAR racer Anthony Alfredo even had the FaZe logo on his car and gear for a race around that time at Auto Club Speedway.

.@NASCAR is talking to @FaZeClan about how the gaming group could get involved in racing, and it may host some FaZe folks this weekend at Auto Club Speedway near L.A.

➖ NASCAR sent FaZe an @iRacing rig, and @AnthonyAlfredo says his car/gear will have FaZe logos this weekend. pic.twitter.com/JKppqV6eJZ

It may be a stretch but if FaZe Clan were to get involved in esports racing, it would most likely be in the eNASCAR iRacing Series since the eNASCAR Pro League on the NASCAR Heat games seems to be reserved for the real NASCAR team’s esports divisions. But the iRacing championship does have some pretty high profile teams such as McLaren Shadow and Williams Esports.

Would you like to see FaZe Clan get involved in esports racing? Tell us on Twitter at @OverTake_gg or in the comments down below!