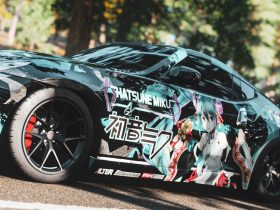 Whether you’re after hardware or software, there is probably a good Black Friday deal for you.

Over the last few years, Black Friday has transcended its strictly American roots and become a global phenomenon, and it has also largely shed its association with the Friday after Thanksgiving to become a longer period during which various products go on sale at significantly discounted rates.

These products include ones related to esports racing, and it has become expected that various racing games and simracing hardware will go on sale at around this time every year. However, this year’s sales have been a little thin on the ground, with plenty of companies opting not to participate at all. Nevertheless, we decided to take a look around and sniff out some deals from some of the biggest brands in esports racing and the racing game genre, to help you to find what you’re looking for!

Let’s start with the really expensive stuff – hardware. The good news here is that there are some sales on offer for steering wheels and pedals, which are of course a vitally important aspect of any simracer’s setup. Fanatec are offering two of their cheaper racing wheels; the entry level CSL P1 V2 has gone from €/$119.95 to €/$99.95, while the CSL R300 is available at a hefty discount, having fallen from €/$299.90 to €/$199.95. There are also two Fanatec pedal-sets which are currently on sale.

Meanwhile, Thrustmaster have no fewer than five of their racing wheel collection on sale, the most discounted of which is the T300RS GT Edition, which is currently available for €/$299.99 instead of €/$399.99.

What about the games and simulators themselves? Well, there are some sales going on, but they may seem a touch underwhelming. Both Xbox Game Pass and PlayStation Plus are currently on sale, each of which offers access to a variety of games including Forza Horizon 5 for Xbox and GT Sport for PlayStation.

Both Xbox and PlayStation also have special offers available in each of their stores. In the Xbox store, games such as F1 2021, Forza Horizon 4, NASCAR Heat 5, Need for Speed Heat, Assetto Corsa and more are all available at a discounted rate. Over on the PlayStation side of things there are some similarities: F1 2021 and Need for Speed Heat are also on sale there. On top of those, Rocket League, Project CARS 3, WRC 10 and RIDE 3 are all on sale, as well as a few others.

The offseason may be fast approaching for many series, but on iRacing every day is race day! 🏎️💨

Our Black Friday Sale has officially begun, and we’ve got savings for new and veteran iRacers!https://t.co/acJDwetDiC pic.twitter.com/Oy3oBgxCt7

For PC esports racers, there’s a little less to get excited about. F1 2021 can be bought via Amazon on sale, but it is still full price on Steam itself. iRacing is offering discounts on its subscription prices, with new memberships being at 50% off and certain renewed memberships coming in at 25% off until 4 December.

What do you think is the best Black Friday deal? Tell us on Twitter at @OverTake_gg or in the comments down below!