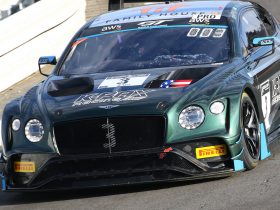 Team Redline, Williams Esports and G2 Esports are among the founding members of the ERTA.

“With sim racing becoming ever more professional in many regards, we find the structural framework in the background is lacking behind the more recent developments,” says Nils Naujoks of G2 Esports and Red Bull Racing Esports.

The association thus wants to improve the structure within the esports racing scene, as stated in the press release.

“Sim racing, which is both part of the motorsport world and Esports, needs a common mouthpiece for the teams and organisations taking part in the competitions,” says René Buttler of Buttler-Pal Motorsport.

The ERTA will combine the voices of all member teams to “lend them more weight in the collaboration with sim platforms, game developers, race series, car manufacturers and drivers,” according to the press release.

This should be a great approach to give team’s opinions (as well as their drivers) more weight when it comes to organization of Esports Racing 👍🏼 https://t.co/PLlmRWdaNE

The association also found a big partner to further improve the relationship between esports and real racing. With Williams Esports, ERTA is joined by one of the most prestigious teams of the real motorsport world.

They have big ambitions: “It’s only by working together towards a common goal that we can drive the growth in racing sims to sit alongside all the top titles in the Esports landscape,” says Steven English of Williams Esports.

ERTA is also ready to welcome more teams to join. A majority vote by the existing members is necessary to approve new members. So far, these teams have joined the association: