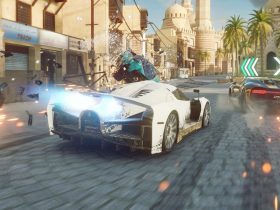 Charge your phones and apply full throttle: Codemasters announced a new esports series for F1 Mobile Racing on Monday. In Update 14 of F1 2020 ‘s little brother, the developers have implement a dedicated league in which players can advance to the top. According to the publisher, only the best racers are going to get to League 3, which is the highest division in F1 Mobile Racing. The leagues will be held monthly from September to November.

Once contenders reach the final division, they unlock F1 Racing Esports Challenges. In the press release, Codemasters advertize that “these challenges are designed to be tough” and pose “unique scenarios” which the players have to overcome. These trials are not just going to be about speed but test a wide range of different driving skills.

What’s on the line?

Only racers who completed five Esports Challenges will qualify for the F1 Mobile Racing Esports 2020 Finals. The qualifiers will test their mettle and determine the best of the best in a multi-round tournament, spanning over nine days at the end of the year.

The developers haven’t revealed any information on how much prize money is on offer. Although we do not expect it to be as much as in the F1 2020 Esports Pro Series – which boasts a prize pool of $750,000 – we can certainly expect a handsome sum to be awarded to the inaugural champion of Codemasters’ mobile game.

If you want to take part in the F1 Mobile Racing Esports series, you can download the game in the App Store and Google Play Store.