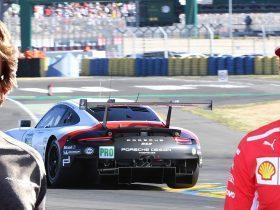 With close competition of the highest level and impressive viewership numbers, the ORL and FuturEsports Nations Cup is set to make a big splash in the world of F1 Esports.

The ORL x FuturEsports x Next Level Racing Nations Cup will enter its third round out of a total of six on Sunday, 16 May. As things stand after the first two weeks of competition, it could hardly be closer at the top of the order. Everything is still very much to play for, as far as the majority of teams are concerned.

Close at the Top

Out of the six races in the Nations Cup so far, there have been five different winners. Week one saw victories for Hungary’s  Daniel Bereznay, Europe’s Ruben Vallejo and Jarno Opmeer of the Netherlands. The  F1 Esports Pro Series 2020  champion then became the first, and so far only, multiple victor in the Nations Cup, taking a win in race one of week two at the Baku City Circuit.

This was followed up by two magnificent performances from Team Spain in the other week two race. First, Alvaro Carreton of Williams Esports made it look easy at a drenched Hungaroring. Next was the turn of his Spanish compatriot  Dani Moreno, as the Mercedes AMG Petronas Esports Team driver won comfortably in the dry at China to put the seal on a great week for Spain.

As a result of the variety of winners and podium sitters, the standings are positively mouth-watering going into week three of the competition. Four teams are separated by four points, with Italy, the team in fifth, just two further points adrift. As it stands, Opmeer’s Netherlands team has the upper hand, but Hungary, Spain and the Rest of the World are hot on their heels.

In terms of impact and reach, the ORL and FuturEsports Nations Cup has been a resounding success. Viewership figures for the first event are sitting at just over nine thousand at the time of writing, and this is despite the fact that the ORL YouTube channel was erroneously taken down by the platform last week. Lode Beuten, an admin for ORL, stated that the organisation “can be very pleased with the viewers”, adding that the Nations Cup is “only the start of something amazing”.

To put the numbers into context, the next most viewed event on either the ORL or FuturEsports YouTube channel has around five-and-a-half thousand views. Indeed, outside official F1 Esports competitions, the Nations Cup has achieved some of the highest figures ever in the F1 games’ history. This could mean significant things for the world of F1 league racing and the second tier of competition.

According to Beuten: “This can be huge for the future of ORL. So far it’s been crazy with the awesome partnership that we have with FuturEsports and our sponsors as well… We have grown a lot in the past months and I think if you can work together with other teams and with the drivers that league racing can achieve so much more”.

If you would like to watch the next event, it will consist of two races at Austria and Bahrain and will take place on 16 May. To watch it, head on over to the Online Racing League’s YouTube channel where it will be streamed live. For the fourth event, the broadcast will be on the FuturEsports channel, as the streaming rights alternate between the two.

Who do you think will win the Nations Cup? Tell us on Twitter at @OverTake_gg or in the comments down below!