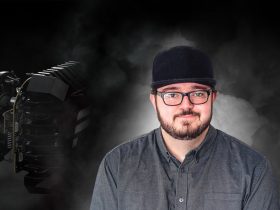 Fanatec CSL DD Reviews: Up to the Hype?

At long last, F1 Esports have formally announced their schedule and with it, the confirmation of 50% distance races!

With two weeks to go before the sixth season of F1 Esports, the formal announcement of the dates for the upcoming season has arrived. Not only that, but a few other significant changes are coming to the series.

The first major change is the formatting. In 2020 and 2021, events were split between two races on Wednesday and one on Thursday. Now, it’s one per day. All events are run from Wednesday to Friday, with a qualifying show broadcast before the race itself.

The reason for this change is the major headline news. After years of the community pleading for it, race distances are being upped from 35% to 50%.

The competitive F1 gaming scene outside of the Pro Championship has become accustomed to 50% races in top level leagues like Premier Sim Gaming Leagues and World Online Racing. The case for 50% races over 25% or 35% races has always been that they allowed for strategy differences to influence the outcome of races.

The change to 50% distance races mirroring that of top level league racing and the Virtual Grand Prix races will now open up chances of pit strategy to play a huge part in the outcome of the races. Raw speed and consistency is no longer enough to win in F1 Esports, it’s now about picking the correct strategy too.

Sources from behind the scenes have suggested that for the first time since 2019, LAN events may return. Nothing was said in the announcement so, if it happens, it may be confirmed at a later date. Perhaps the final three races could be LAN to round off the season.

The 2022 F1 Esports Series Pro Championship will be broadcast on F1’s official Twitch, YouTube, Facebook and relevant TV channels. The schedule is as follows:

What do you make of F1 Esports races being upped to 50% distance? Tell us on Twitter at @OverTake_gg or in the comments down below!