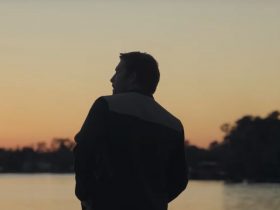 Gamers visiting gamescom feel like a child walking into the candy shop. There is a sheer endless number of games to test and booths to visit. Sadly, gamescom only takes place digitally this year. But that does not mean you have to dispense with visiting and playing new games.

You can do all of this from home via Indie Arena Booth. 100,000 square meters of fair grounds have been recreated and 195 developers from 55 countries present their products in the online multiplayer game.

Players are able to walk virtually through the hallways of gamescom and try out 185 indie games for free. There is no need to install anything. Everything required to use Indie Arena Booth is a PC with Mozilla Firefox or Google Chrome. Mobile devices are not supported.

From action to adventure games and simulations, there is much to be discovered for fans of any genre. And of course, also racing fans can try out new stuff.

Puzzle and race in Can’t Drive This

Imagine Fall Guys and Trackmania had a child. The outcome would be pretty close to Can’t Drive This, a game predestined to destroy friendships. It was already released in 2016, but developer studio Pixel Maniacs are still working on the game to refine it.

The puzzle racer requires two players. One takes control of a monster truck while the other one is responsible for building the track. Go too slow, and your car will explode. But driving off the track limits also ends the game. Many obstacles like jumps, walls, or fire complicate keeping the car at pace and on track.

The game has as a local and online multiplayer mode. You can either play with friends on your couch or with strangers on the internet.

We downloaded the demo and played some rounds of Can’t Drive This. We think it is a great party racing game and definitely more fun if you play it with your friends. But be aware! As we already suggested, friendships could go down the drain while playing the puzzle racer.

If you want to try the game yourself, download the demo of Can’t Drive This via Steam or in your browser via Indie Arena Booth for free during the gamescom weekend.

Did you already check out Indie Arena Booth? Which game did you like the most? Tell us your opinion by tweeting us @overtake_gg!