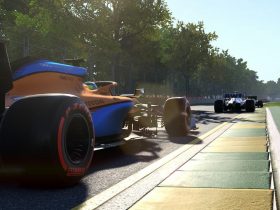 Is sim racing not doing enough for its pros?

The Gran Turismo World Tour 2020 event has been cancelled due to the ongoing coronavirus crisis. League officials also announced changes to the league schedule.

Due to the ongoing crisis concerning the coronavirus (SARS-CoV-2) the Gran Turismo live event at the Nürburgring has been cancelled. Polyphony Digital announced the cancellation on the official Gran Turismo Website.

The event was planned for 22-23 May and was meant to run parallel to the 24-Hour race at the Nürburgring. While the 24-Hour race has been rescheduled to September 2020, the Gran Turismo tournament will not return to the ring this year.

More changes to the calendar

Besides the cancellation, there are some more changes to the GT online series. Stage one will end after round ten on 18-19 April. It will have no effect on the GT championship.

The officials monitor the current situation and will constantly make adjustments to the schedule of the FIA GT championship series. Currently, the series is planned to officially begin on 25 April 2020.