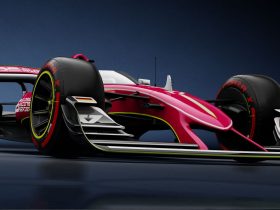 The Big Problem with the V10 R-League

The F1 Esports driver market is heating up, as Jarno Opmeer is announced as the replacement for Brendon Leigh at Mercedes.

Mercedes-AMG Petronas Formula One Team today announced their 2021 esports driver line-up, and fans of the German brand will have every right to be thrilled with the news. Reigning F1 Esports Pro Series 2020 champion Jarno Opmeer will be joining the team, as well as F1 Esports 2020 rookie of the year Dani Moreno. On top of that, Mercedes also revealed that it was retaining the services of Bono Huis into 2021.

Jarno Opmeer is a marquee signing for the real-world F1 Constructors Champions. The ‘Flying Dutchman’ is hot off the back of a thoroughly successful 2020 campaign, having lifted the F1 Esports Pro Series drivers’ championship racing for Alfa Romeo Racing Orlen Esports. His title fight with Red Bull Racing Esports Team driver Frede Rasmussen went down to the wire, but Opmeer proved himself above the competition in the end.

The reigning champion’s rookie year in F1 Esports in 2019 gave him the look of a potential breakout talent, taking one race win as well as fourth in the overall standings. However, the extent to which the Dutch driver stepped up in 2020 was very impressive, and Mercedes will be hoping for more of the same in 2021. However, both 2019 and 2020 saw ineffectual attempts to mount a championship defense, first from ex-Mercedes driver Brendon Leigh and then from David Tonizza, so Opmeer will have to buck this trend to live up to the expectations.

In a statement on Mercedes AMG Petronas’ website, Opmeer revealed that he and the team had already begun preparation for both the Virtual Grands Prix and also the inaugural season of the Formula E: Accelerate series. No mention was made of the 2021 F1 Esports season, but Opmeer will undoubtedly be a crucial part of the Mercedes line-up there too.

Spanish driver Dani Moreno made his debut in the F1 Esports Pro Series in 2020 with the McLaren Shadow team. It is safe to say that going into the season he wasn’t on too many people’s radars. Nevertheless, Moreno was able to claim the rookie of the year honors along with an eighth-place finishing spot in the overall standings, comfortably ahead of his teammate James Baldwin.

While this campaign only included one solitary podium at the Silverstone, there is certainly cause for optimism about Moreno’s F1 Esports future. With veteran Bono Huis at the team to lend a hand in guiding the young Spaniard, Mercedes should be able to nurture his talent.

I’m so happy to announce I’ll be racing for @MercedesAMGF1 alongside @jarno_opmeer and @bonohuis 💪🏻 pic.twitter.com/8IJYBRkQRB

That Mercedes has pulled off such a major coup in securing the services of Opmeer and Moreno is no great surprise. The departure of two-time F1 Esports champion Brendon Leigh had already been confirmed by the British driver’s arrival at FDA Hublot Esports Team. Despite ailing performances in 2019 and 2020, Leigh still left big shoes to fill. With this announcement, Mercedes fans can rest easy in the knowledge that Opmeer should be able to fill those and then some.

Someone pinch me I think I’m still dreaming 😅 pic.twitter.com/7rv9fvxQRX

Do you think Jarno Opmeer will win the 2021 F1 Esports championship with Mercedes? Tell us on Twitter at @overtake_gg!