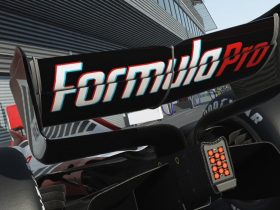 Round two of the NASCAR Heat Ultimate Summer Showdown saw some surprising results, with only five from a potential six drivers qualifying.

The second event of the NASCAR Heat Ultimate Summer Showdown saw five drivers qualify from six available qualification spots. Separate qualifying rounds took place for both Xbox and PlayStation competitors on 10 June, with each platform running events alongside one another. Those who have successfully qualified will be able to participate in the grand finale at Atlanta Motor Speedway on 22 July.

Round two saw competitors battle it out in NASCAR Heat 5 around the Texas Motor Speedway. The top three finishers in both the PlayStation and Xbox races were to be granted qualification to the final round. Despite this, only five individuals qualified at the end of the day’s racing, due to the fact that Tim Moore snagged a top three finish on both Xbox and PlayStation. Therefore, Moore has qualified for both the Xbox and PlayStation finals!

was the victor in the Xbox race, with Tim Moore and rounding out the qualification spots. As for the PlayStation side of things, stole first place away from Moore at the death, giving him an unlikely win. was also able to slip past Moore, meaning the pair finished second and third respectively.

I hit the live button. We’re doing public lobbies on @NASCARHeat to celebrate

The Format and events to come

The top three finishers in every closed qualifier will progress to the final, as will five drivers from the open qualifiers for the final event and also one driver who will be selected by the broadcast team. These drivers will then make up the grid in the final round at Atlanta, whereupon they will compete to win their share of the $30,000+ prize pool.

In the first round, the six drivers who successfully qualified for the final were  Justin Brooks, Luis Zaiter and Cody Giles on Xbox, as well as  Josh Harbin, Thomas Cohick and Joe West  for the PlayStation. The third and final qualification round of the NASCAR Heat Ultimate Summer Showdown will take place at Pocono Raceway on 1 July.

Are you looking forward to the grand finale of the NASCAR Heat Ultimate Summer Showdown in July? Tell us on Twitter at @OverTake_gg or in the comments down below!