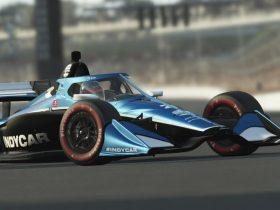 One of the best CS:GO and DOTA teams of all time is dipping its toes into the world of comeptitive Rocket League.

Rocket League’s esports scene is witnessing something of a rebirth with the influx of interest from various esports organisations in the game. Not too long ago, we reported on the arrival into Rocket League of Williams Esports, well known for being the gaming branch of the real life Formula 1 team. Now there is another major new arrival, and this one hails from a rather different background.

Over a decade of esports pedigree

Founded way back in 2009, NAVI (short for Natus Vincere) is a Ukranian esports team which is most well known for its success in the worlds of Counter-Strike and Dota 2. However, the organisation has far more than just two strings to its bow, Fortnite, FIFA, Rainbow Six Siege and many more games have at one time or another been taken on by NAVI. However, never before has NAVI been involved in Rocket League, nor any other car-based esport.

Now, the Ukranian organisation has picked up the roster known as ‘Fadeaway’, an unsigned trio of high level Rocket League pros who had been developing a project together. The leader of the team is Maik ‘Tigreee’ Hoffman, a seasoned Rocket League veteran previously on such teams as White Demons and Berlin Phoenix.

Alongside Tigreee will be Luis ‘LuiisP” Puente Peña and Lorenzo ‘Dead-Monster’ Tongiorgi. Both LuiisP and Dead-Monster are relative newcomers to the highest level of Rocket League esports, but the team’s results thus far have been impressive. The roster recently secured qualification for the first main RLCS event of the 2021-22 season, and will be hoping to take the name NAVI to the very top.

The arrival of such a major name in the esports world as NAVI, one of the largest esports organisations of all time, further solidifies Rocket League’s place as a major esport. The team’s first big challenge will come at the first RLCS European Regional Event, where they will have to face Williams-Resolve as well as fourteen other competitors starting Friday, 22 October.

What do you think of NAVI getting involved with Rocket League? Tell us on Twitter at @OverTake_gg or in the comments down below!