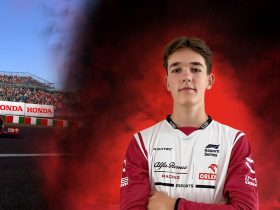 The new series is targeting young, Indonesian talent to be fastracked up the MotoGP Esports ladder.

An agreement between Dorna Sports, the commercial rights holder for MotoGP, and Indonesian event production company MP1 will see the latter hosting an all-new sim racing competition: the MotoGP Esport Indonesian Series. The aim for this venture is to provide an accessible step on the MotoGP esports ladder for Indonesian sim racers. It will act as an avenue into the WINDTRE Rising Stars Series, which aims to provide a route for talented players around the world to enter the MotoGP eSport Championship itself.

2017 saw the creation of the MotoGP eSport Championship for the first time, and this series has been lauded as a success. It can boast over sixty million video views over the entirety of its twenty-three online challenges, two pro-drafts and seven on-site live events. In 2020, the WINDTRE Rising Stars Series was conceived as an attempt to allow young talent to shine and prove their worth, so that they may enter the MotoGP Global Series in the future.

The new Indonesian series aims to further expand upon the potential of the established MotoGP esports scene. Passion for MotoGP within Indonesia is high, and with an enormous community of motorcycle racing fans from which to form a potential talent pool, this new series could well see some rising stars make their way into the WINDTRE series and beyond.

On the lookout for Indonesian talent! 🇮🇩

Marissa Komala, Managing Director Commercial and Creative for MP1 said, “The series will see MP1 hosting a full calendar of events across the whole of Indonesia showcasing the talents of the best Indonesian gamers and ultimately using the domestic series as a platform to move into global competition.”

Indonesians on the World Stage

Young Indonesian hopefuls already have two MotoGP esports stars to look up to. Muhammad ‘Sanshoqueen’ Mulkana and Putut ‘moe’ Maulana both represented Indonesia in the 2020 Global Series. Over the course of the year, both drivers managed to record a podium finish, and they ended up tenth and seventh in the championship standings respectively.

What do you think of this new development? Tell us on Twitter at @overtake_gg!