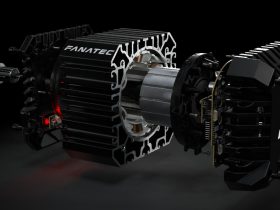 Fixes for automatic gear change and tyre temperatures are delivered in F1 22‘s latest patch. Plus, F1 22 crossplay is coming later on this week!

The eagerly anticipated F1 22 crossplay patch has dropped. Codemasters and EA announced the release of crossplay on Twitter. For the time being at least, the feature will be restricted to the Social Play and Two-Player Career gamemodes. This means that ranked multiplayer races will not have crossplay enabled.

Codemasters and EA have brought out the latest patch for F1 22, and it has addressed many issues that players have had. But, among all the bug fixes and small tweaks is the promise of the full introduction of crossplay to the F1 game franchise.

After two beta tests on the last two weekends, the ability to race with any player regardless of gaming platform will finally be implemented into F1 22. Whilst no official date is provided, Codemasters and EA have stated that it will release this week.

To enable crossplay, go to Game Options and then click the Settings menu. However, on Xbox it may need to be enabled in the console settings as well. Details can be found here.

After enabling crossplay, head to Social Race and there will be the ability to invite and join other sessions across all platforms. The Friend Hub can be accessed through the main menu and it’s where players can view friend requests and lobby invites.

For players who use automatic gears, there is an improvement to the timing of upshifts. Prior to this patch, the game would unnecessarily delay upshifts, subsequently bouncing off the limiter. This caused a lot of engine wear in career modes, and limited a car’s acceleration.

In this update, that’s no longer an issue. Neither is tyre temperature in any offline mode race without a formation lap, since the tyres would start below operating temperatures. Although nothing was said about online multiplayer. In league races, many organisers have turned off the formation lap since enabling it leads to the tyre temperatures being reset when the race starts.

All the patch notes are available to read on the game’s website. Also mentioned by developers on the EA Answers HQ site are issues that are currently being rectified. These include players getting stuck in a season break whilst playing Two-Player Career, AI backing out on overtakes too easily, Heusinkveld pedals having only a 50% deadzone and Quick Practice over-wearing the entire power unit.

Also mentioned by the devs are the upcoming updates, the Sports Update which will update the team’s liveries, the 2022 Formula 2 season and adding the Shanghai circuit.

For the My Team career mode, many drivers have had their stats updated. Max Verstappen has now been bumped up to the highest rated overall with George Russell moving up to third, up two from his previous placing in the ratings database.

Daniel Ricciardo and Carlos Sainz have had their overall ratings increased whilst the majority have had their ratings lowered. It’s optional as to whether these are applied to existing Driver or My Team career modes.

Are you looking forward to the F1 22 crossplay patch? Tell us on Twitter at @OverTake_gg or in the comments down below!