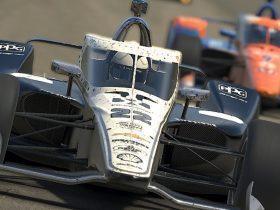 Weekend of back-to-back champs: These four racers keep on winning

Patch 1.05 is now available to download on F1 22 across all platforms. This is what it comes with.

The newest patch for F1 22 has now arrived for Xbox, PlayStation and PC. Most of the amendments have been small fixes to the game. Here are all of those changes.

Some of the bigger amendments to the game include reduced ICE wear when aggressively downshifting or overrevving. This will be noticeable in career modes saves, since that’s where engine wear plays a huge part. Players have to use the same engine for multiple races and other sessions, so this will be a saving grace for them.

For users of the Fanatec Load Cell pedals, the frame rate drop when applying the brake is no longer an issue. Also not an issue any longer is retiring from a session during long knockout qualifying, so if a player sets a time which ends up being good enough to progress into the next qualifying session from Q1 or Q2, retiring now allows the player to take part in the next session.

Speaking of qualifying, the AI have received an improvement. AI drivers now yield when they’re on their out-lap or in-lap, and this patch has fixed an issue where AI drivers on a flying lap could brake to not pass a yielding vehicle.

To see every change that has been implemented, all of that and more can be seen on the official patch notes page on the EA website.

Which change from F1 22 patch 1.05 do you like the most? Tell us on Twitter at @OverTake_gg or in the comments down below!