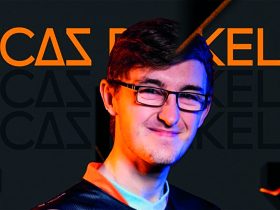 Whether it’s iRacing or Gran Turismo 7, Porsche have some esports competitions that most hopeful sim racers can get involved in.

Porsche have two sets of competitions going on that are open to any and all sim racers. There’s the Porsche Esports Challenge USA by Gran Turismo and the Porsche TAG Heuer Esports Supercup Qualifying Series on iRacing.

This competition is only open to US-based players, and competitors earn their way into it through various qualifiers. The top 16 are invited to the Porsche Sports Car Together Fest at Indianapolis Motor Speedway on 2-4 September.

The top three earn a share of $30,000 with the winner earning $15,000, second earning $10,000 and third earning $5,000. Players can earn their way into this competition through either online qualifying at home or by going to their nearest Porsche dealership.

The online qualifiers will run every Saturday from 23 July to 13 August. The order will be; Porsche Vision GT at Trial Mountain, 911 Carrera S at Laguna Seca, Taycan at Watkins Glen and the 962C on the Daytona Road Course.

The top 12 from all online qualifiers are invited to Indianapolis. As for those without a PS4 or PS5 and a copy of GT7, there are some Porsche dealers around the US that have them covered.

The Porsche Experience Center Los Angeles have already ran their qualifier from 17 July. However the Porsche Steven Creek’s qualifier in Santa Clara, California has theirs running from 22-23 July, so any Cali-based gamers who missed the LA qualifier can go there instead. Porsche Exchange in Highlands Park, Illinois will run theirs from 29-30 July and Porsche Austin in Texas will have theirs from 5-6 August.

The Porsche Paul Miller dealer in New Jersey’s qualifiers run from 12-13 August and finally, the Porsche Experience Centre Atlanta will have their qualifiers from 19-20 August. All offline qualifiers consist of the Porsche Vision GT at Laguna Seca, and the top four across all qualifiers make the cut.

Those 16 players will be on their way to Indianapolis to compete in the final. So get hotlapping! However for the players who prefer a more simulated racing title, here is a chance to potentially find themselves in the Porsche TAG Heuer Esports Supercup.

The fourth season of the Porsche TAG Heuer Esports Supercup concluded in June but this weekend sees the start of an all-new championship. The Qualifying Series will be open to all drivers with a Class A licence on iRacing and the top 15 will qualify for the Contender Series.

In the Contender Series (which will start later this year), the bottom 15 drivers from the main PESC series will also be competing. The top 15 from that championship will be able to compete in the 2023 season, whether they avoid relegation or got into it from the Qualifying Series.

The schedule for the Porsche TAG Heuer Esports Supercup Qualifying Series is as follows:

The action can be followed at RacespotTV, with broadcasts starting at 20:45 CEST.

Which Porsche Esports competition will you be trying to compete in? Tell us on Twitter at @OverTake_gg or in the comments down below!