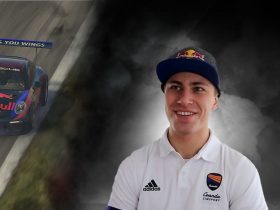 Mitchell deJong: a prodigy in real-life and sim racing

The Le Mans Esports Series Super Final has concluded with a stunning final and three exhilarating matches on Friday night. After the dust settled and the engines were turned off Red Bull Racing Esports took home the win in the Pro Series. Meanwhile, LM Squad emerged victorious from the Pro-Am Series.

And your Le Mans Esports Season 2 Pro Am Champions are the LM Squad! #LMES pic.twitter.com/mT3TmlIflk

Right from the start of the first race Red Bull Racing Esports showed their will to win the Super Final. The team, consisting of Alexandre ‘Asix’ Arnou, Aurélien Mallet and Robin ‘Box’ Betka, was simply head and shoulders above the competition.

By taking first place in the Pro division, they take a share of $40,000 from the $100,000 Pro prize pool. Especially impressive was the performance of Box in the first race. He paved the way for a Red Bull 1-2.

LM anything but amateurs

While the Pro division standings showed a 43-point lead for Red Bull after the second race, the Pro-Am Series was wide open at that point.

On the Pro side it’s @redbullracingES who have broken away from the others with a 43 point lead heading into the final race, but over on the Pro Am side there’s everything to play for still!https://t.co/kbyaypVOmq #LMES pic.twitter.com/yXN9utjwwU

LM Squad entered the final race with a minuscule lead of four points, which left them anything but safe. However, the team stood their ground and left victorious as Le Mans Esports Pro-Am champions. They earned $20,000.