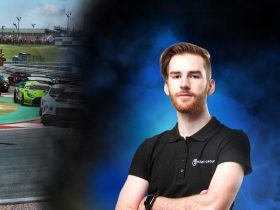 Esports racers who made it in several games

R8G Esports revealed their newest driver this Tuesday: Maarten van Loozenoord. The Dutchman is no stranger to the esports racing scene. He started playing racing games at 16 with Gran Turismo, as he revealed in an team interview with his former squad Apex Racing. Now 28-years old, van Loozenoord has been part of the competitive esports scene for several years and competed in several iRacing World Championships. He also represented his home country, the Netherlands, in the 2020 VCO Cup of Nations and claimed first place with his team RevMatch Esports in the 2019-2020 Sports Car Open Season.

Who are R8G Esports?

R8G Esports is still a fairly new name in the world of esports racing as the organization was founded in April 2020. Patron of the team is none other than French-Swiss Formula 1 racer Romain Grosjean. R8G has support from renowned brands such as Richard Mille and Predator and was founded in cooperation with Triple A E-Sports, a professional agency operating in esports racing.

Eight drivers are currently under contract with the team. While the roster has a focus on iRacing, rFactor 2 and Gran Turismo pro players are also represented.

What do you think about R8G Esports’ latest signing? Tell us on Twitter at @overtake_gg!