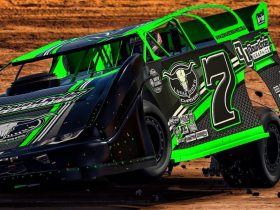 NASCAR Heat 5 announced a special tournament this Monday: the NASCAR Heat Winter Series. The event consists of four rounds taking place from November 22 – February 13, each coming with a unique theme. A prize pool of $47,000 is up for grabs and the series is open to all PlayStation 4 and Xbox One players.

The top three finishing drivers from each platform in the first three events earn a position for the Valentine’s Grand Finals.

Strengthening our partnership with @NASCARHeat, @MSportgames will run their Winter Heat Series.

This four event #esports tournament aims to engage with digital audiences to keep interest and engagement in the on track equivalent championship high ahead of its return next spring pic.twitter.com/8rbIvT3Uzk

While the Winter Heat Series is open to everyone, some of the grid positions in the first three events are already taken by professional esports teams that compete in the eNASCAR Heat Pro League Series.

The Winter Heat Series comes with a twist. The four rounds all have a unique theme that fits to the current month, like a Valentine’s Day branding or a Christmas Holiday special.

For the first stage of the event, NASCAR Heat have already announced an exciting extra. The Movember 50 is run in partnership with the Movember Foundation to help raise funds and awareness for men’s health. More information on the three following events are said to be revealed soon.

You can find all additional information on the official homepage of the Winter Heat Series.

Are you going to participate in the eNASCAR Winter Heat Series? Tell us on Twitter at @overtake_gg!